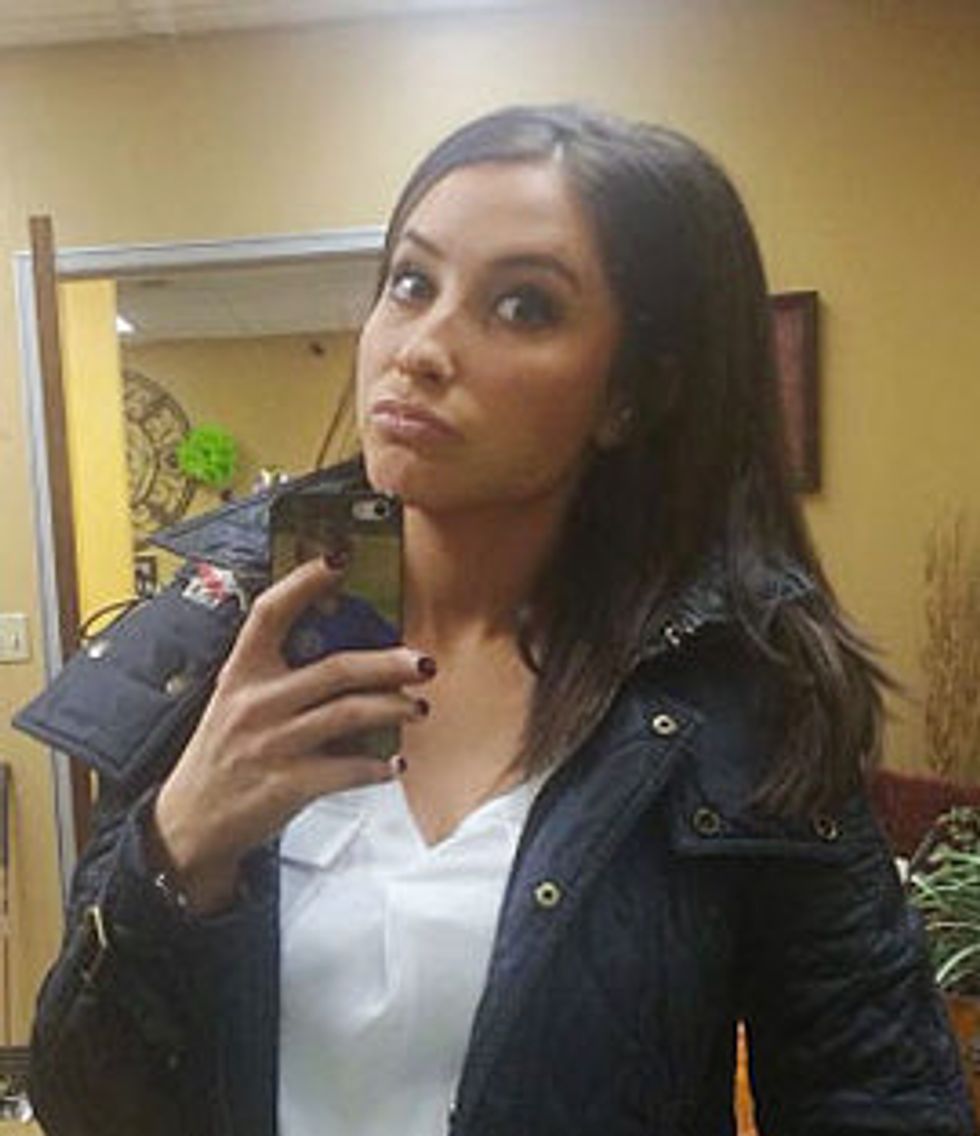 It was just another day at the office at Bristol Palin Writin' Stuff Real Good Industries, LLC. Bristol was mad, because her personal assistant had gotten her lunch order wrong. Two KFC Double Downs, a bottle of Boone's Farm and a pack of Virginia Slim ultra-light MENTHOL 120's, HOW HARD IS IT TO REMEMBER MENTHOL? She opened her laptop, turned the baby monitor on, stuck her headphones in and checked her mom's Facebook page for the latest headlines:

HAHA *cough* HAHAHAHA, said Bristol, looking at the meme her mom posted, as the ashen remains of the cherry of her cigarette fell on the carpet. She clicked the link, and became outraged. ESPN fired that nice sports man Curt Schilling just for posting a this politically incorrect meme about transgenders?

Bristol started a blog post, and the words came spilling out:

You may have seen that ESPN commentator Curt Schilling was either fired or suspended for commenting about the above meme:

“A man is a man no matter what they call themselves. I don’t care what they are, who they sleep with, men’s room was designed for the penis, women’s not so much. Now you need laws telling us differently? Pathetic.”

In other words, he got in trouble for stating an obvious fact.

[wonkbar]<a href="http://wonkette.com/589536/looks-like-god-knocked-up-bristol-palin-again"></a>[/wonkbar]Bristol Palin knows about men. They are the ones what knock on her bedroom window in the night and then nine months later, after such an odd sort of weight gain, God blesses her with a baby. Men have fun doohickeys in their pants, and Bristol suspects they might be related to the whole "baby" thing, but you never know if you can trust lamestream biology textbooks.

Bristol has a 'gina. Ladies have 'ginas. That person in Curt Schilling's picture doesn't have a 'gina, Bristol doesn't think. She lit a second cigarette and continued writing:

This reminds me of how Phil Robertson was treated on Duck Dynasty for merely expressing his beliefs. Shame on both companies for punishing their good employees for speaking their mind.

Bristol's grammar is questionable, but we think she means how Phil Robertson of "Duck Dynasty" was treated after his redneck ass said all kinds of anti-gay shit in GQ and the free market launched boycotts against his redneck ass show. Then A&E suspended the show and redneck ass motherfuckers decided to boycott the network.

[wonkbar]<a href="http://wonkette.com/565182/duck-dynasty-guy-has-a-penis-not-a-girl-thingy"></a>[/wonkbar]Phil obviously survived, and went on to memorably reassure women everywhere that when they're applying their Maybelline in the bathroom, he won't be in there with them, playing with his quacking dick.

Bristol was still mad, bro. She went to the kitchen and stuck a few Hot Pockets in the microwave for her son Tripp's dinner, and immediately forgot about them. She typed some more:

How can someone get fired, or suspended, or reprimanded at all – for simply stating that a man is a man?! We don’t live in some la la unicorn utopia. Enough with this walking on eggshells bs about touchy subjects.

There are great people from all walks of life. No one is saying transgender people are bad people. I think people with common sense are saying that no matter what, people will abuse the system (like many Americans nowadays). Some men who are clearly men will take advantage of the situation and invite themselves into the women’s bathroom.

[wonkbar]<a href="http://wonkette.com/600915/did-a-transgender-try-to-watch-pat-robertson-poop"></a>[/wonkbar]It wasn't like Bristol hated transgenders. Hell, she was just watching "The 700 Club" and listening to Pat Robertson say how once in a while there is a man who is stuck inside a lady's body, and he didn't mean like that one time when it was real dark and Bristol's ex-fiance Dakota grabbed a tube of super glue off the nightstand, thinking it was KY Jelly. (STILL paying off that hospital bill.)

But Bristol agreed when Pat said most of the so-called transgenders are just burly dudes in dresses trying to peekaboo some lady privates, and that is NOT OK in her book.

Bristol was sick of "working," so she copy/pasted a long bullshit rant from Curt Schilling about how unfair life is and published her blog post.

She flipped on "Judge Mathis," lay down on the couch, and had only just started to guffaw, "Take that, you triflin' bitch!" at the TV screen, when she smelled smoke coming out of the kitchen.