Bristol Palin SO MAD At Obama For Doing Thing He Didn't Actually Do, GRRRRR 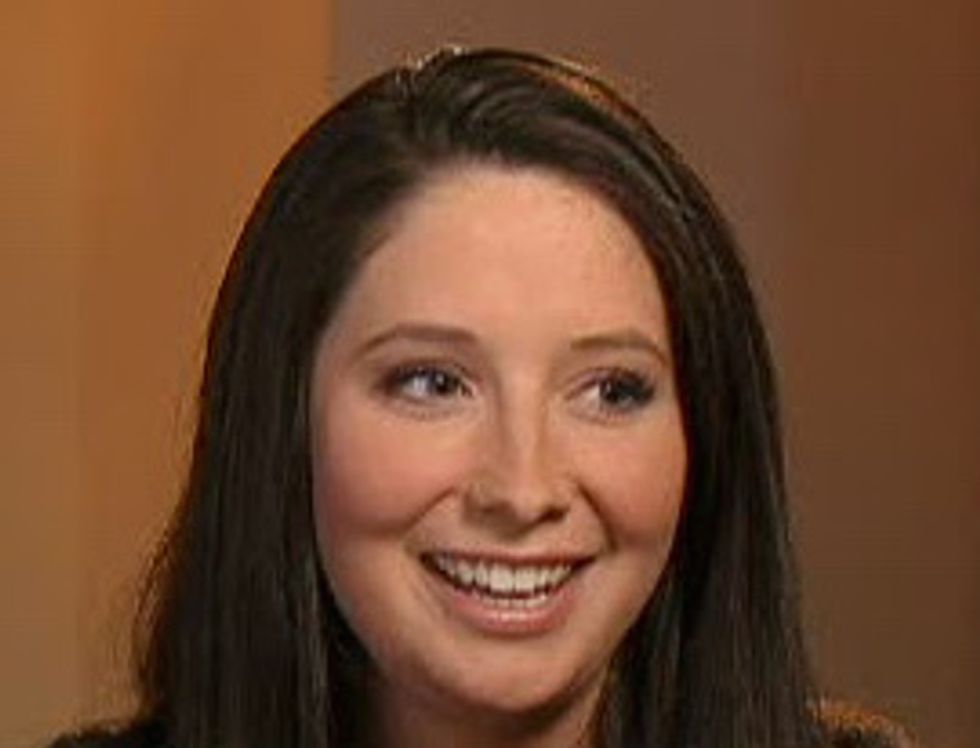 We are not generally in favor of swearing cusses at children, because they are children, and that is Not Classy. But man, if there is one child for whom we would consider making an exception, it's this BLEEPING kid, CJ Pearson, a 13-year-old teen wingnut YouTube star. We've told you about him before: He is a BLEEPing BLEEP who should BLEEP himself with a BLEEP right in his BLEEPing BLEEP and then BLEEP the BLEEP off, if you know what we mean. (Haha, you thought we were going to say "Bristol," didn't you, but nah, she is no longer a child, so of course we'd swear all the cusses and cuss all the swears at that shart-brained fuckfart all day long because she is, LOL, an adult. But stick with us.)

So what did this little BLEEPer CJ Pearson do? Oh, he joined in to yell words at Obama with the supposedly grown-up shouty-faced Idiot-Americans like Bristol Palin and her dumbass mama bear, because apparently, he is also jealous of Texas science nerd teen Ahmed Mohamed, who was invited to the White House to show off the clock he made, which looked just enough like a MUSLIM BOMB for the local PO-lice to cuff and arrest him, but not enough to call in the bomb squad and evacuate the school because MUSLIM BOMB. Weird, huh?

Tell us what happened next, Bristol Palin:

What happens when you are a young boy who expresses your political views on YouTube that happen to be critical of the President?  You get blocked from following POTUS on Twitter.

Whoa, if true! But of course you already know this is not true, because you are not a Palin, and you have, in your possession, at least two brain cells that can dry-hump each other to produce basic common sense. And common sense tells you it is UNPOSSIBLE that some BLEEPing little BLEEP's YouTube video so enraged the president of the United States of U.S. America, that after he finished crying and crying and OH HOW HE CRIED, he took to Twitter and blocked this little piece of BLEEP, take THAT, CJ Pearson! Pretty sure Obama, if he's ever heard of CJ Pearson, does not give a BLEEP.

On the off chance that your two brain cells are passed out from snorting too much paste again, Glenn Beck's commie liberal online rag, The Blaze, actually bothered to investigate whether CJ Pearson's bullBLEEP claim could in any conceivable way be The Truth. CJ's sole evidence is a screenshot showing that Pearson has been blocked, which The Blaze concluded has been very hack-job altered, plus the White House does not block people on Twitter, plus a whole lot of other things, but anyway, here's the point:

On Thursday, after this reporter’s tweets about the matter gained online attention, Pearson told TheBlaze that he no longer had the original copy of the screen grab. He said the screen grabs were taken on a “different device which recently was updated and the camera roll ended up being wiped.”

“I’m a busy kid,” he wrote via Twitter direct message. “I don’t have time to scour the Internet for pictures to bring down the White House. It’s quite possible we used the same device. I refuse to engage in conspiracy theories.”

Real BLEEP, this kid, huh? Anyway, we have reason to believe or at least hope that once his balls drop, CJ Pearson will grow out of it, like that other former conservative superhero with a bedtime, Jonathan Krohn, who thrilled conservatives with his teenage hate speech at CPAC, only to realize four years later that he was actually a dirty liberal who loves Obamacare and gay marriage and Barack Obama.

Bristol Palin, however, is no longer a teenager, and yet:

Is it too much to ask that the President of the United States be more concerned with governing our nation and leading the free world, rather than picking fights with school children?

It is unbelievable, Bristol, which is why, if you had more than just the one brain cell, you might have puzzled out that that this BLEEPing kid was full of BLEEP, and his unbelievable accusation is, like you said, not believable. You could have saved your ghostblogger the 19.69 seconds it took to punch those words onto the internet. Alas, no. Bristol, despite her tween years being two presidential terms plus two accidental pregnancies behind her, still believes in the Conservative Freedom Fairy who leaves liberty and cash under your pillow, so there's probably no hope for that dumb BLEEP.