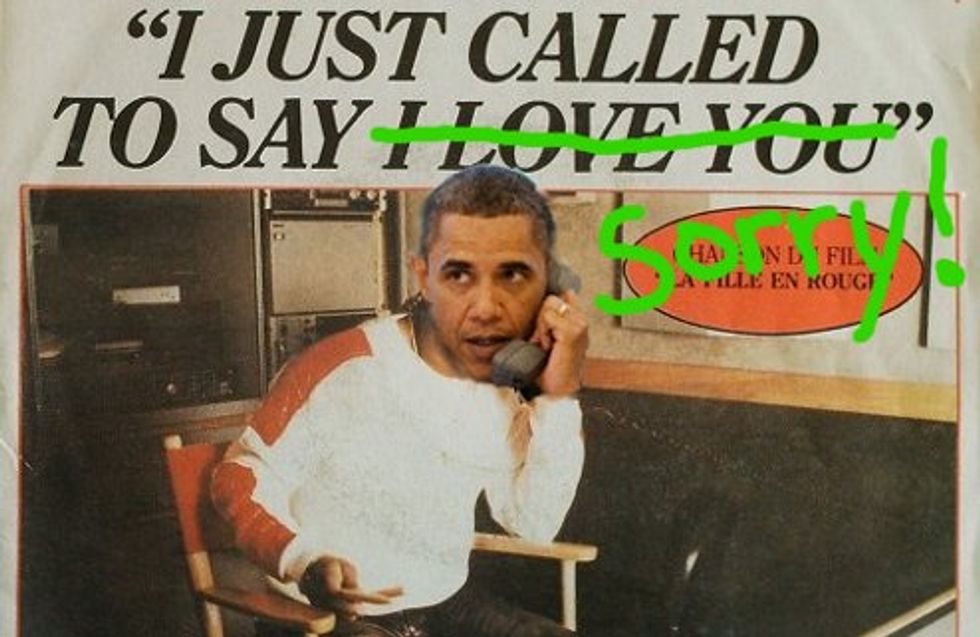 Bristol Palin said a very important thing on the Internet, that you should know about.

Basically, she heard this Obama guy is handing out apologies to ladies of ill-repute who get blasted by media fart hoses like Rush Limbaugh.

You don’t know my telephone number, but I hope your staff is busy trying to find it. Ever since you called Sandra Fluke after Rush Limbaugh called her a slut, I figured I might be next. You explained to reporters you called her because you were thinking of your two daughters, Malia and Sasha. After all, you didn’t want them to think it was okay for men to treat them that way:

“One of the things I want them to do as they get older is engage in issues they care about, even ones I may not agree with them on,” you said. “I want them to be able to speak their mind in a civil and thoughtful way. And I don’t want them attacked or called horrible names because they’re being good citizens.”

And I totally agree your kids should be able to speak their minds and engage the culture. I look forward to seeing what good things Malia and Sasha end up doing with their lives.

But here’s why I’m a little surprised my phone hasn’t rung. Your $1,000,000 donor Bill Maher has said reprehensible things about my family. He’s made fun of my brother because of his Down’s Syndrome. He’s said I was “f—-d so hard a baby fell out.”

Her ghostwriter must be using the same calculator John McCain used in 2008 to win over disaffected women voters:

We imagine the calculation this time went something like:

After which the wretched stone abacus dove headlong into a lake of fire, content that its mission to destroy Earth was now complete.

In summary, Bristol will be using a "mommy blog" to shoe-horn her way back in to the national spotlight, via increasingly discohesive and deranged open letters. ["Bristol's Blog"]