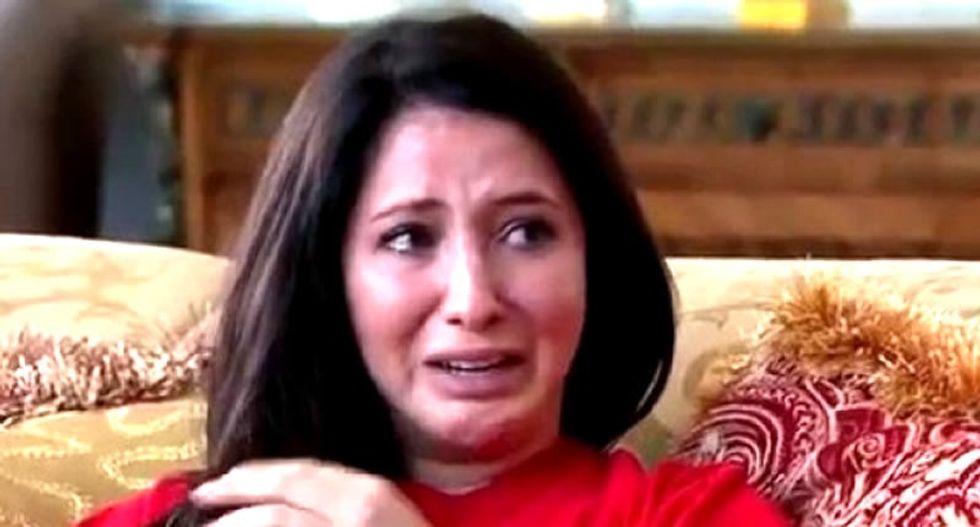 Oh dear. It seems the gatekeepers of True Feminism -- you know, the lady conservatives who want to regulate other ladies' vag holes and keep other ladies' paychecks at a low discounted-because-lady rate -- are on to us. In a recent post in which we mocked the unwed knocked-up bejesus out of Bristol Palin, for criticizing a Washington state program that provides free birth control to teenagers so they don't turn out like Bristol "Oh fuck, preggers again?!" Palin, we instead demonstrated how very Not Feminist and Not An Ally we are, SHAME ON US.

Wonkette does a pretty bang-up job of sounding like pregnancy-shaming jerks, while ignoring the merits of her concerns[.]

Naturally, Bristol's ghostblogger is grateful to The Federalist for calling us out for our anti-feminist focus on all of Bristol's fucking, instead of addressing the "merits" (LOL) of her concerns -- which we actually did do by pointing out that her concerns are a bunch of stupid debunked bullshit copied and pasted from "pro-life" websites. Oh, and a similar program in Colorado has reduced teen birth rates by 40 percent and saved taxpayers a whole lot of money, so it seems like the sort of thing we should replicate in every state instead of whining about it, but we also mentioned Bristol's preferred and twice-failed method of "abstinence" pregnancy prevention, so we are jerks.

Granted, Palin isn’t the best person to be a spokesperson for an abstinence advocacy organization, as clearly she isn’t practicing what she preaches, but that doesn’t strip her of the right to have a say on the reproductive process.

Oh wait, that wasn't us! That was The Federalist, sort of making the exact same point we did, only without being even remotes funny about it. Also, The Federalist employed a decidedly not feminist argument -- that everyone has a "right" to have a say in the reproductive process even though it's none of their bidness and only the bidness of the person doing the reproductive processing -- to tell us how not feminist we are. Is that irony? We think it might be.

Somehow, though, it was wrong for us to note that Bristol Palin sure has done a whole lot of fucking for someone who has pinky-sweared repeatedly to Jesus that she will never do any fucking until one of those losers she's got the hots for actually goes through with the wedding.

Come ON, Bristol and the other Real Feminists! Of course we were not judging Bristol Palin for doing so much fucking. Heavens no! We love fucking! We are very pro-fucking! We are always with the check out this sex toy and jerk off to this Kim Davis erotica and YAY FREE SLUT PILLS FOR EXTRA SEXING FUNTIMES! Put Yr Wonkette in the sex-positive-as-fuck column.

Also too, we do not give an unmarried fuck how far and wide Bristol spreads her legs. If she wants to get her fuck on, we are all for it. You go, girl, you get your fuck on. (Though we'd suggest that if you really want to avoid further being "a huge disappointment" to your family and having another case of the "Oops, preggers again" sads, you might try birth control. It's great stuff for not getting pregnant when you're doing all that fucking, if that's your thing.)

If we wanted to make some kind of a point about how Bristol Palin is a ginormous slut, not that there's anything wrong with that, believe us, we would. Why, just look at all the headlines we pondered in our secret chatcave and then rejected:

But making Bristol feel bad for all that fucking she's been doing since she was an "innocent and carefree" kid was never our intention. Making her feel bad for being a fucking moron for still raging against birth control and repeating debunked lies about it instead of being its biggest advocate? That was really our aim here.

Our deepest apologies to our sister Bristol and our far more Real Feminist conservative sisters at The Federalist, if our true point got lost amid the facts about all of Bristol Palin's stupid fucking, in addition to all of her fucking stupidity.

[The Federalist via Bristol's "blog"]