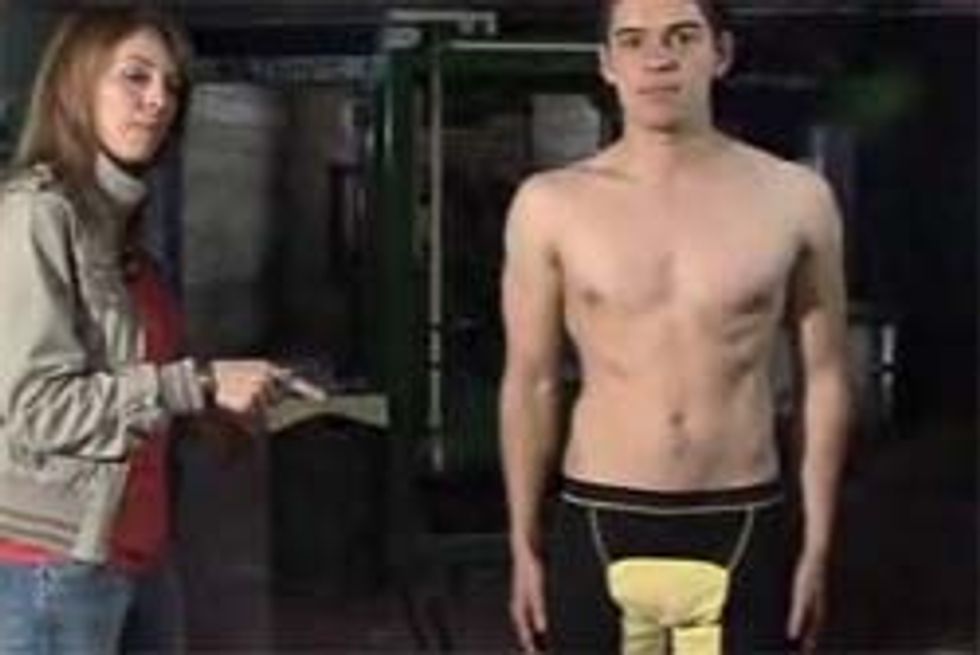 Genitals are, of course, the "hidden victims" of all of America's many wars (“hidden" because American soldiers all wear pants, like good Christians). While much fancy technology has been used to protect the head and torso parts of your typical U.S. soldier or Marine, our culture's outdated shame code has led our military-industrial complex to neglect the crucial crotchal region. Fortunately, our junior partners in imperialism, the Brits, literally have no shame whatsoever, and they're stepping up to the plate.

The socialist BBC doesn't allow us to embed video, so you'll have to click through to watch it, but we promise it will be worth your while, not least for the clips of the British dude in the crotch-guard testing center shouting what we think is "fire in the hole" as practice rounds are fired at the super-strong undies. Behold the science underpants that will soon be protecting the penises and vaginas of the Imperial British military! Don't worry, the hunky dude who models the kevlar briefs in the opening sequence of the clip comes out OK.

(Speaking of shamelessness, and things that cover your naughty bits, is the supposedly very serious and important BBC really letting their correspondents wear jeans for their stand ups now? Even the Russians are still wearing nice dress pants!)

Anyway, once this underwear goes into production, hopefully America will be able buy some, if the dollar-pound exchange rate isn't too bad. (Thanks to heroic crotch-watcher "Monsieur Grumpe" for the tip!) [BBC]