British Right-Wing Nutjob Quite Displeased With His Gay Homosexual Dog 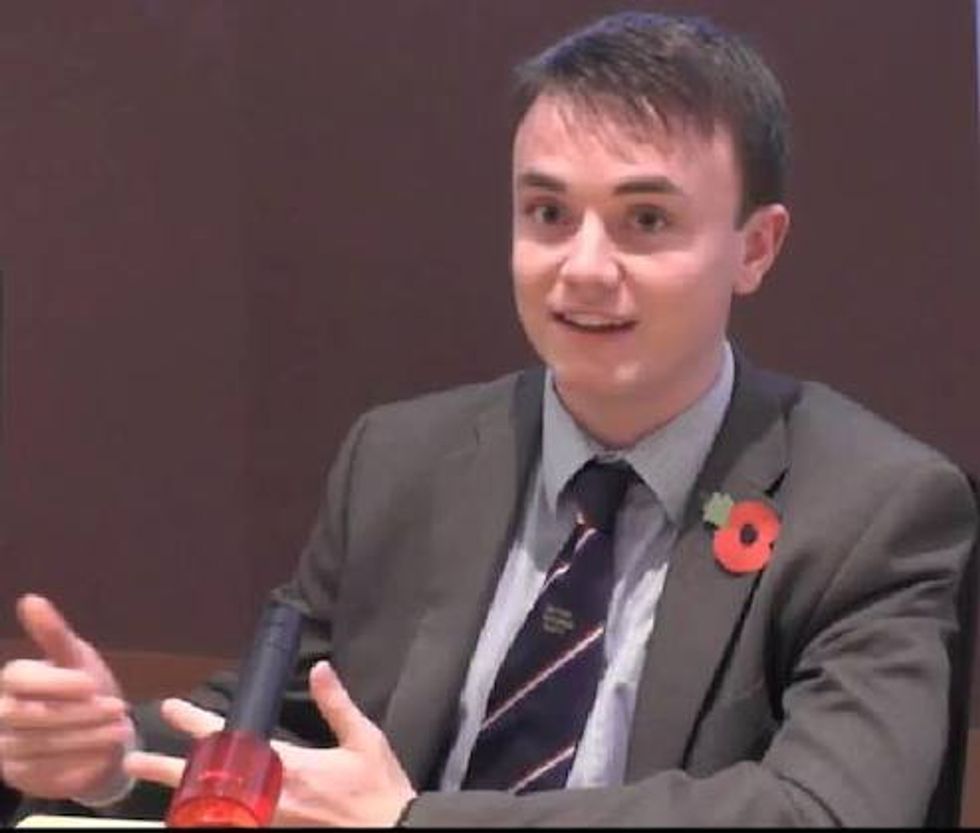 The not-at-all racist members of the British National Party are big believers in the "self-deportation" policies championed by one Mittens J. Romneyford, Esq. They also have some interesting views on the gheys, and they do not appreciate it when those views are challenged. Especially when the challenger is a dog. RawStory brings us the raw story.

The youth leader of a far-right British political party threatened his dog on Facebook over the animal’s homosexual behavior.

“I wish my dog would stop licking the penises of other male dogs,” said Jack Andrew Renshaw, the leader of BNP Youth.

Obedience training in the Renshaw household must be fun.

RENSHAW: Speak, Derek! Speak and you'll get a treat!

This being the nation that gave us Prime Minister's Questions, Young Master Renshaw's Facebook post led to a thoroughly impolite dust-up.

If that little bit of Young Master Renshaw's socio-political musings left you hungry for more, then check out this video and his ADORABLE widdle accent!

Yes, Young Master Renshaw is busy thought-leading Britain into a new, hetero-canines-only future, but he'd better keep an eye on this curly-haired little scamp from the video.

He may appear to be 13 years old, but he rails against the "cultural Marxists who infest our teaching establishment" like an old pro. Your move, gay dog lover.