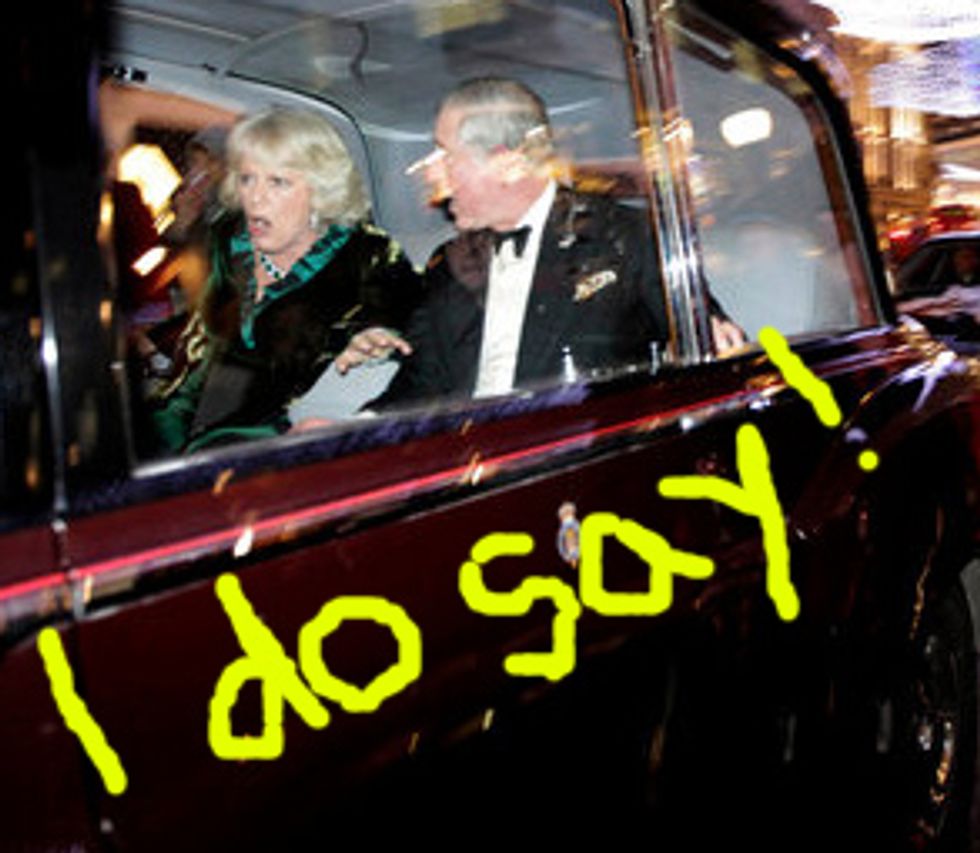 When a fellow member defended Obama's tax cut compromise duringyesterday's closed-door meeting of the House Democratic Caucus, an unidentified member of Congress reportedly shouted out, "F*ck the president," proving Obama is morally weak. (Click the "READ MORE" button if you want to find out the mystery of what that asterisk is hiding!) Predictably, this has sent all of Washington into a tizzy, with shouts of "Why I never!" and ladies fainting all over the place. But meanwhile, British protesters showed what true incivility is, attacking a tuxedoed Prince Charles and his British-faced wife, splashing their armored car with white paint, denting its rear, and smashing one of its windows. Smashing a window of an armored car. This was all over some increases in college tuition, something that happens to American students approximately every five seconds without a word. Ten points to Gryffindor!

A photograph of the couple, in formal evening dress, showed them registering shock as protesters beat on the side of their armored, chauffeur-driven Rolls-Royce with sticks and bottles, smashing a side window, denting a rear panel and splashing the car with white paint. A Jaguar tailing the car and carrying a palace security detail was so battered that the police ended up using its doors as shields. [...]

[A witness] said Prince Charles and the duchess remained in their vehicle throughout and ultimately relaxed after a moment when the duchess, looking terrified, slid into the footwell beside the door. “He remained absolutely calm, he was beaming, as Camilla was,” the witness said. “People were just trying to have a chat with them.”