Rapey Brock Turner's Lady Defender So Sad No One Wants To Listen To Her Band Now :( 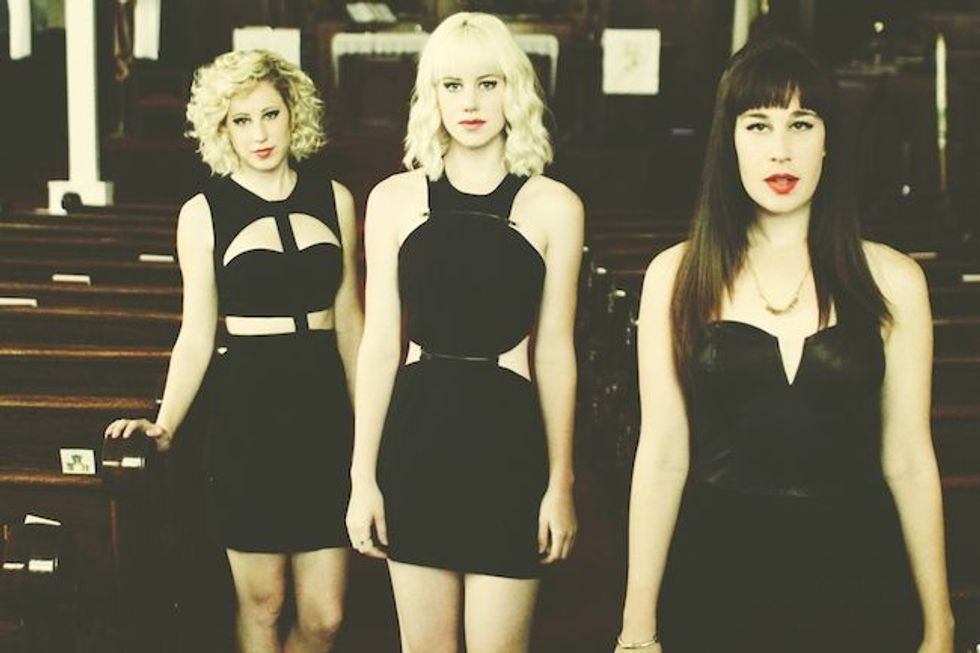 Back when I was a young'un, most of our ladybands were pretty unhappy about rape. At least the ones I listened to, anyway. In fact, after Mia Zapata of The Gits (still the best ever) was raped and murdered on a Seattle street, many of those bands and artists bound together to start Home Alive, an organization that offers self-defense classes for women.

But maybe the kids today are different? Or at least one of them is, anyway! Yeah, probably just the one. Because when Leslie Rasmussen of the band "Good English" found out that her good childhood buddy Brock Turner raped a woman in an alley, she responded by defending him! In a letter of support she urged the judge to not fall prey to "political correctness" and to understand that Brock was "not a monster," but was simply just too drunk to know he wasn't sposed to rape anybody.

I don’t think it’s fair to base the fate of the next ten + years of his life on the decision of a girl who doesn’t remember anything but the amount she drank to press charges against him. I am not blaming her directly for this, because that isn’t right. But where do we draw the line and stop worrying about being politically correct every second of the day and see that rape on campuses isn’t always because people are rapists.

This is completely different from a woman getting kidnapped and raped as she is walking to her car in a parking lot. That is a rapist. These are not rapists. These are idiot boys and girls having too much to drink and not being aware of their surroundings and having clouded judgement.

Yes, "rape on campuses isn’t always because people are rapists." Then what are they? Moose? Endtables? Overshoes? What are these women being raped by, if not by rapists? Does raping someone not make you a rapist? Then what even is a rapist? This is perhaps too deep, even for me. It's nice that she wasn't blaming his victim directly though! Which is fair because it was not technically the victim's fault that her friend had so much to drink and was turned into a sexual assailant by the alcohol. Booze affects all of us differently, you know. If I have too much to drink I may be inclined to sing along with whatever song is playing at the bar, if Brock Turner has too much to drink, he sticks his hands inside an unconscious woman, causes abrasions all over her body and leaves pine needles in her vagina.

Personally, I have never been so drunk that I have looked at an unconscious person and thought "Oh, hey, there is a person who is definitely not unconscious!" That, apparently, is a special level of drunkenness that can apparently only be obtained by star athletes. Who somehow, are always just sober enough that they don't accidentally stick their penis inside an unconscious man, dog, or throw pillow, and are able to undress a woman and find her vagina. The only thing they cannot figure out is whether or not that woman is conscious and/or able to consent. So weird!

Anyway! After Rasmussen's testament to Brock Turner's fine character was made public, she found herself the target of some criticism from those of us who are pretty sure that rape is caused by rapists, even when they are not strangers wearing masks over their faces. As it turns out, Rasmussen is the drummer and lead singer in a "punk-garage" band with her sisters called "Good English." The band was set to perform at Brooklyn-based Northside Festival this week, but after organizers found out who she was, they got the boot.

Due to recent information brought to our attention, Good English is no longer playing Northside Festival.