Florida GOP Official Once Beat A Girl Half To Death With A Claw Hammer. Is That A Big Deal? 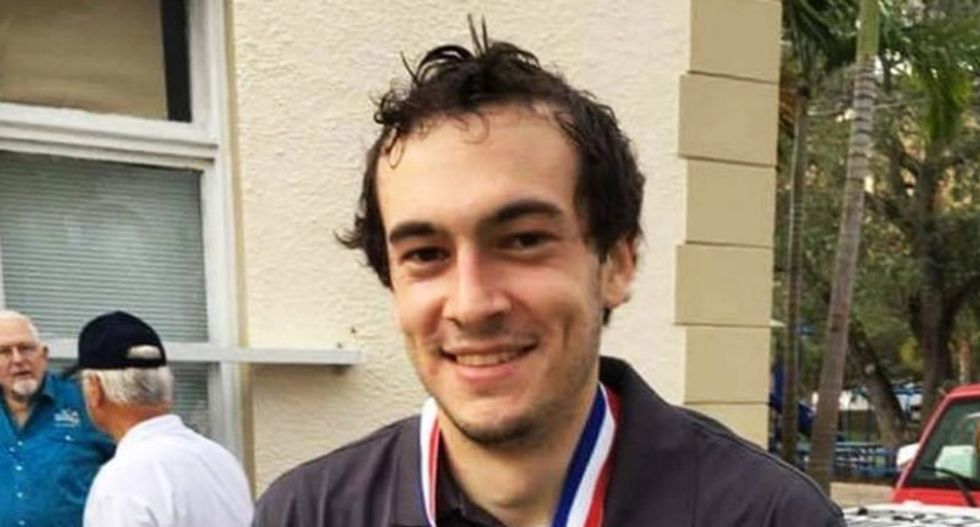 Over a decade ago, a Beverly Hills prep school-attending teen named Rupert Ditworth was charged with attempted murder after attacking his classmate Elizabeth Barcay with a claw hammer, striking her with it over 40 times and splitting her skull.

Tarsley's previous identity was discovered this week, and he has no plans to resign, on account of how he doesn't even really see what was wrong with what he did anyway, and was elected fair and square.

“Why should I resign,” he asked in an exclusive interview from his $2 million beachfront condo. “I did nothing wrong and I was elected. This is just party politics.”

It sure is. Clearly, only a Democrat would have a problem with a nice young white boy with a bright future ahead of him viciously attacking a woman with a claw-hammer.

I mean, who among us hasn't done this at least once as a teenager?

Tarsey, according to published reports, invited Barcay, the daughter of a Beverly Hills plastic surgeon, to ride with him to Jamba Juice after a big exam.

Tarsey eventually parked the car and allegedly pulled a hammer from a backpack. He then started hitting her over the head, opened the passenger’s door and pulled her out while choking her before driving away.

According to the Times, Tarsey’s parents rushed him into psychiatric treatment as Barcay recovered painfully and eventually attended the school prom in a wheelchair.

Youthful indiscretions, obviously! Like torturing small animals, setting fires and wetting the bed. It's not like things people do as teenagers, like hitting a woman over the head 40 times with a hammer and then choking her, ever determine what they are like as adults. Besides, Ben Carson claimed he stabbed a guy once, and he turned out... normal..ish. And besides, this was probably all before he found Jesus, which means it totally doesn't even count.

Some of his Republican colleagues, however, are holding out hope that he will resign, on account of them not wanting to look bad.

Tarsey’s real identity was discovered by a member who alerted local GOP Chairman Bob Sutton over the Labor Day weekend.

“We were blindsided,” said Sutton, a schoolteacher. “He’s a member of the Knights of Columbus, for Christ’s sake. And he came highly recommended by the former chair. We had no idea what his background is. We want him out but he is refusing to resign. He deceived us. It looks like he even used a reputation management firm to make sure we wouldn’t find out who he is.”

A schoolteacher, huh? Probably a secret liberal! Also is being a member of the Knights of Columbus some kind of sign that someone is not a violent bastard? Because I feel like it is not.

Tarsey, who is 6'2", claims that he was only doing self-defense with that claw hammer, and that the only reason it's an issue is because he "spoke out" against Sutton in some way. Otherwise, probably everyone would think it was real good that he hit that girl with that hammer!

Hey! You know who also did a lot of volunteer work (at a suicide hotline) and worked for the Republican Party?

He also may have had some issues with violence towards women. So, while surely Tarsley is an upstanding citizen now, if you are a woman with long brown hair parted in the middle, you might want to avoid him. Particularly if he has his arm in a sling and needs some help with his groceries. Just putting that out there. As a suggestion.