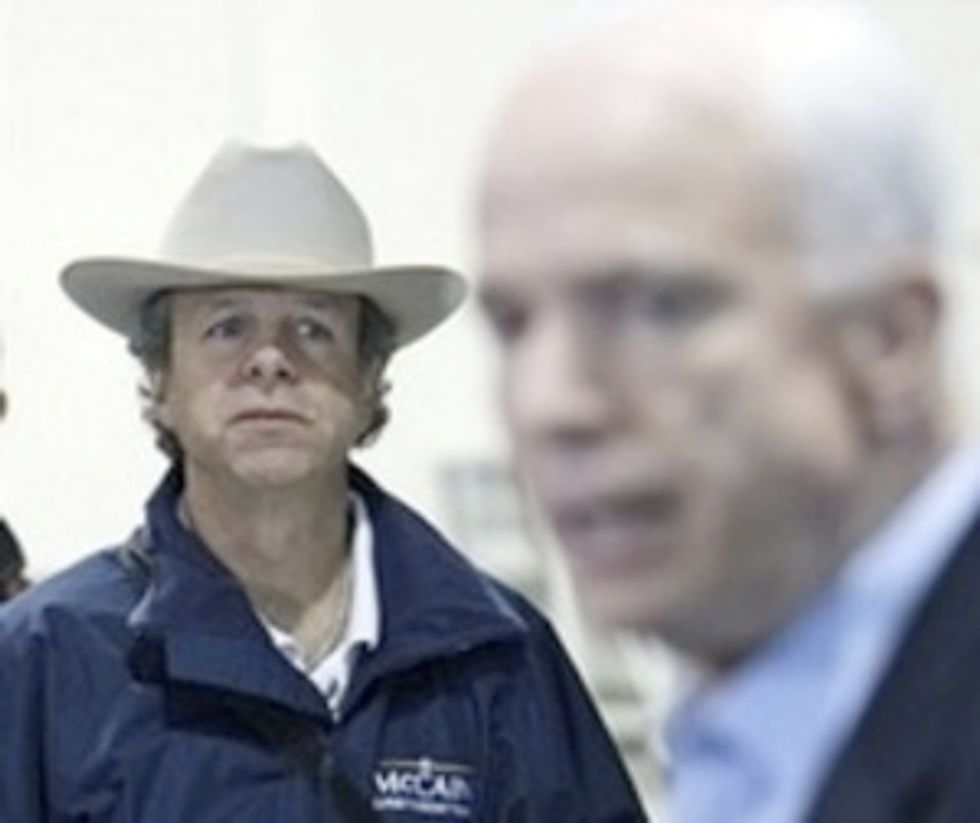 Mark McKinnon, the lonesome cowboy who preferred to quit John McCain's campaign rather than say a cross word about Barack Obama, is great friends with the former president George W. Bush and recently went biking with him at his ranch. McKinnon fell off his bicycle and BUNGED HISSELF UP GOOD, breaking his collarbone and knocking himself out for several minutes. When he awoke, he found himself in a tub full of ice with a seven-inch incision where his kidneys used to be, and George Bushjumped out of the closet wearing a Batman costume... [New York Post]