Bush Says 'Sorry About The Warmongering' 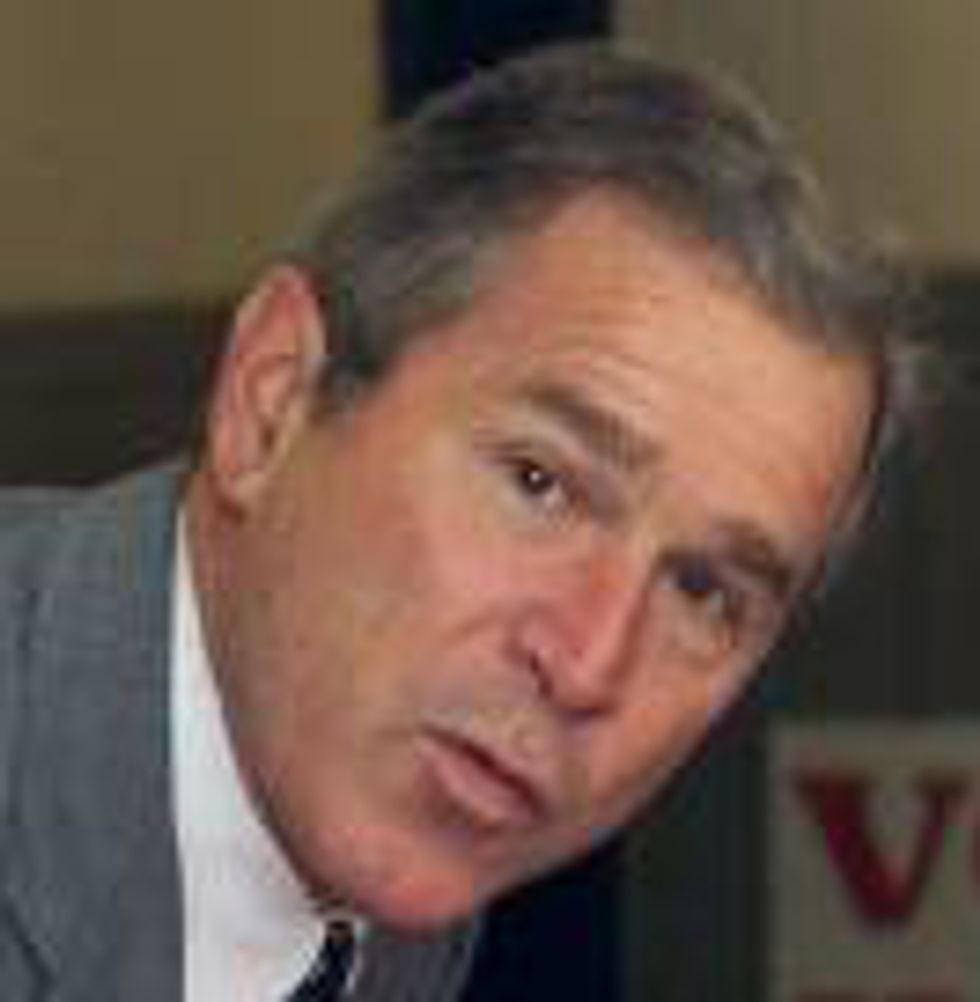 He may have spent his entire presidency jabbering about "the enemy" and mushroom clouds and evildoers, but now that he has just eight more months in office before he retires to his Paraguayan retreat for war criminals, President George W. Bush says his gun-slingin' rhetoric was maybe not such a great idea -- on account of how it made him sound like a war-obsessed warmonger.

Here is the funniest (saddest) sentence from this interview he gave to The Times: "Phrases such as 'bring them on' or 'dead or alive', he said, 'indicated to people that I was, you know, not a man of peace'." This was unfortunate, because he was a man of peace, as evidenced by his declaring war on Iraq.

He went on to say that he hopes the next president will declare war on Iran, so that he won't look like the only douchebag to start a war in the Middle East in the past few years.