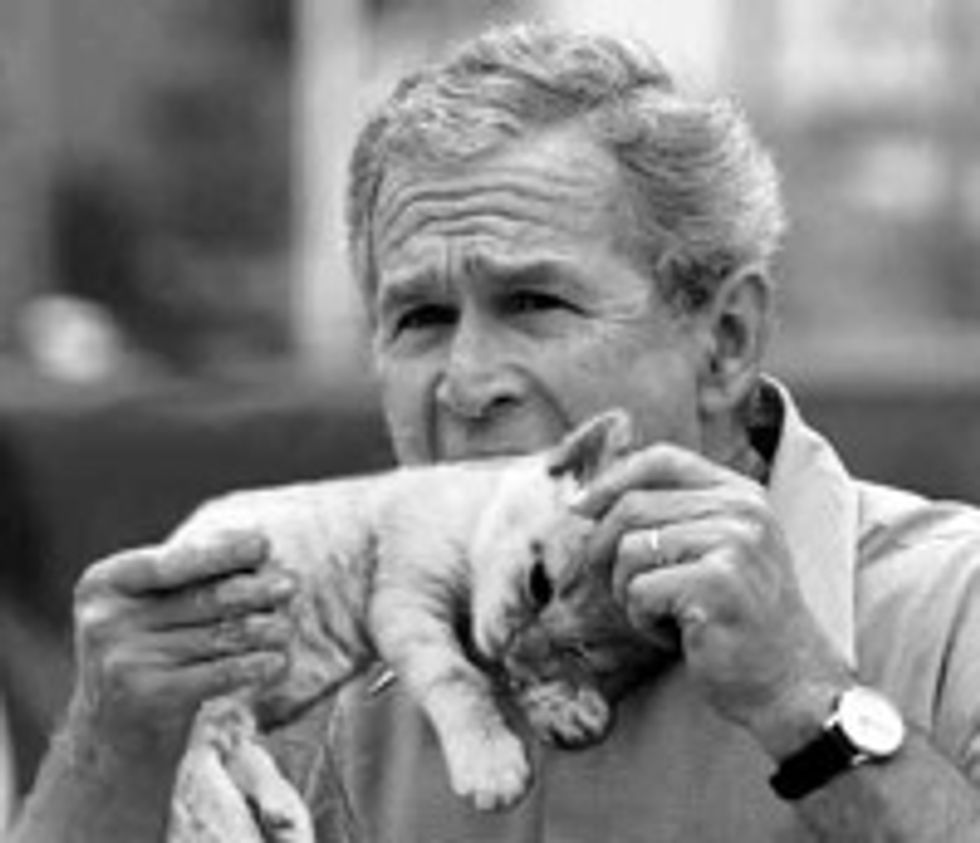 Barack Obama's transition team has been preparing for months to take over the government, but George Bush's people aren't quite ready to let go. They haz a sad, because they worked in this place for this guy for like eight years, and now they have to go back to their regular babysitting gigs or grad school or whatever. Perhaps, like many of us, they'll just live on unemployment as long as it keeps them in diapers and Cheetos.

The point is, these tragic lamers feel a great attachment to ... their jobs? Their boss? Their jobs, probably, since they paid money.

White House Communications Director Kevin Sullivan said that, over the last 10 days, he’s tried to jam as many tours for friends and family in as he possibly could.

“People are excited about their futures and looking ahead, but it is very bittersweet,” he said. “I’m not” — he pauses for a moment. “I don’t really want to leave.”