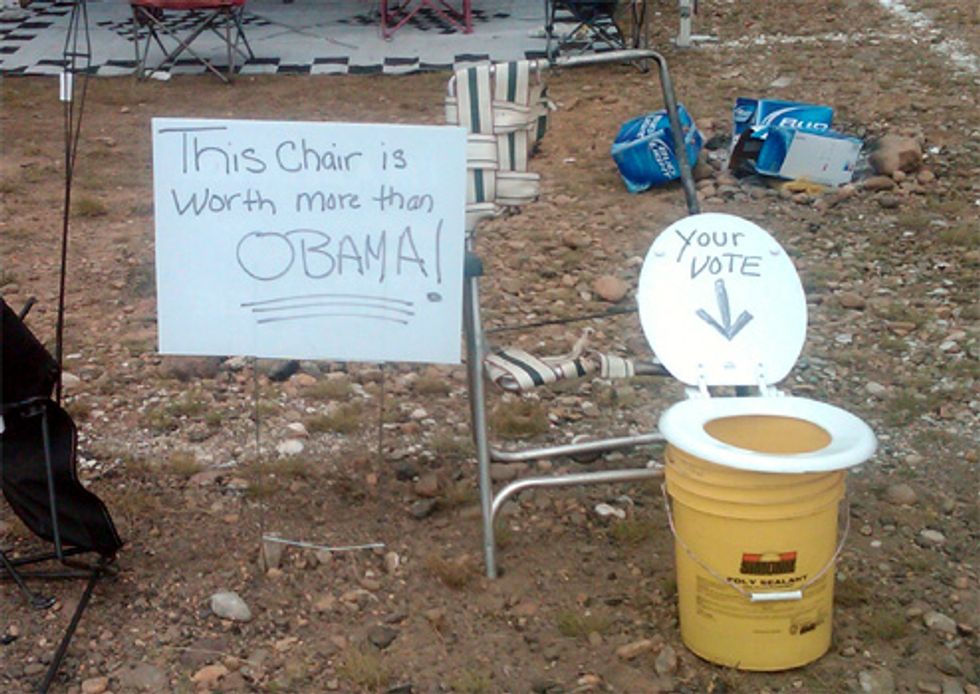 While nothing can compete with the most famous photograph of America 2010, Wonkette operative "Jeff S." claims he took this picture at a NASCAR homeless encampment, and that he "thought the guy was making an interesting point." Uhh, sure! When the teabagger's lard ass finally bursts through the bottom of the five-year-old WalMart lawn chair, it will be worth more than Barack Obama (in real terms). But what about voting?

If you "vote," you should either put a ballot in a bucket decorated with a toilet seat -- an "Alabama restroom" -- or you can just shit in a bucket outside where your fellow slobs are watching cars drive around in circles, and call that "voting." Same result, either way.