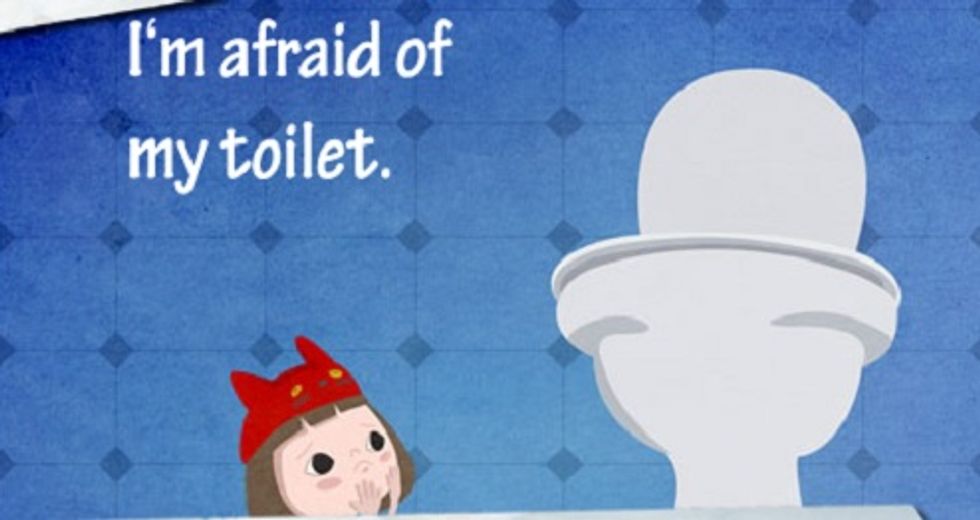 So here's a story that seems to plumb new depths of pettiness: Brooklyn, New York's newly-elected District Attorney Ken Thompson reportedly has asked that the toilet seat in the in the DA office's private bathroom be replaced before he takes office, according to theNew York Post. Thompson was apparently not content just whipping previous DA Joseph Hynes' ass with 72% of the vote last fall; he apparently needs to wipe away all traces of Hynes' heinie from the office:

“Kriss said Thompson wants a new toilet seat installed in the DA’s private bathroom because he doesn’t want to sit on the same toilet seat that Hynes sat on,” the source said.

“You’d think he’d be worried about running the office, not about a toilet seat.”

Huh... an anonymous quote from a source with the outgoing office-holder? We are beginning to wonder just how reliable this story is. Yes, what we are getting at is that it may not pass the smell test. Or that Hynes' people are just butthurt.

The source apparently had a whole lot to say about the toilet seat, providing a lot more background commentary than you might expect on the subject:

“If you asked de Blasio if he’s changing Bloomberg’s toilet seats, I bet the answer is no. Who the f- -k thinks of changing the toilet seat? It’s bizarre,” said the source, adding both the seat and the toilet were replaced about six months ago and are almost brand new.

That's more information about a bathroom fixture than some transition teams give on policy matters.

Still, the Post claims to have confirmed the request with a second source, so who knows? Maybe this Thompson guy is going to be a constant source of amusing Adrian Monk-like OCD stories? The second source, whose allegiances weren't mentioned, supposedly said, “As he’s ascending to the throne, he wants to make sure it’s his throne.”

The story included some other thrilling details about the DA's WC:

The private bathroom connects to the DA’s wood-paneled office on the 19th floor of the Downtown Brooklyn building. It has a phone and can function as a safe room in an emergency, sources said.

We have sometimes thought of our own bathroom as a panic room, but only when we're out of paper, haw haw!

Thompson spokesperson James Freedland tried to put a lid on the story, dismissing it as a "nontroversy." Another source in the Thompson team said that “Certain office facilities have not been left in acceptable condition, and the incoming DA is cleaning up the office on multiple fronts.”

Remember back in 2000 when there were all those fake stories about the awful mess the Clinton people supposedly left in the White House for the incoming Bushies, like taking all the "W" keys off the computers? It was complete bullshit, never happened, but it makes for a good story. We're kind of hoping that's what this story turns out to be, because we'd like to think that the incoming DA isn't worried about cooties.

The other thing we wish was that the whole story had taken place in Flushing.