California Gets In On Hot Fun Screaming-At-Brown-Babies Action 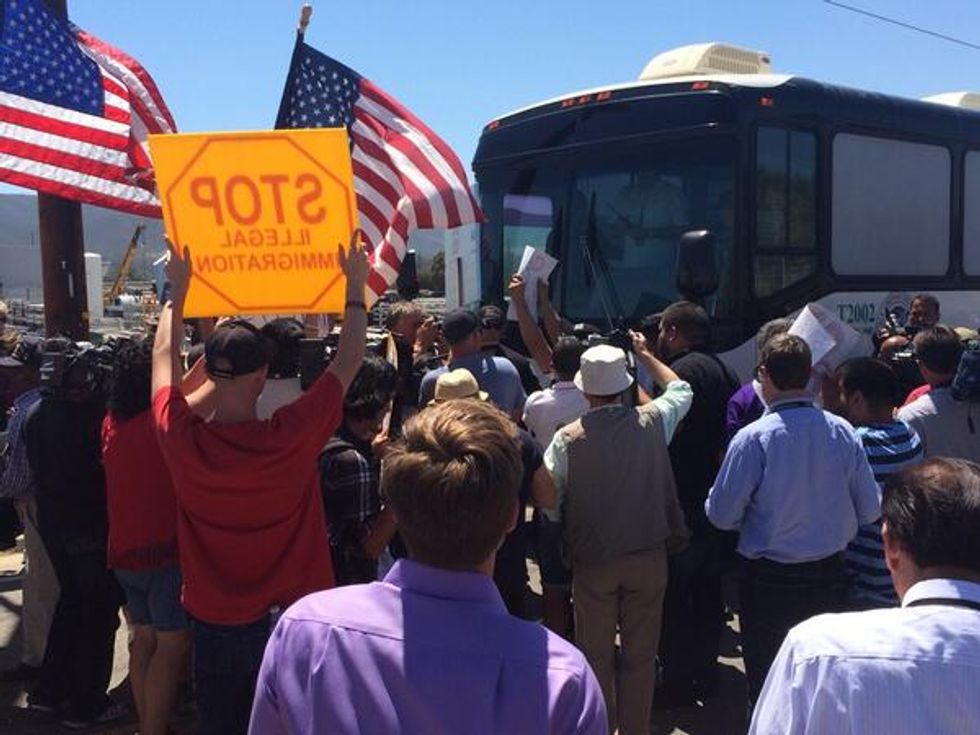 Turns out Virginia isn't the only commonwealth thingie thatlikes to scream about crime and brown babies. The hippie-dippy lovechildren fruits and nuts in California (just kidding, Riverside isn't really California) would like to scream about crime and brown babies too! But they have added an extra frisson of California Nice, actually blocking the brown babies' buses, while waving flags and chanting USA! and acting, in general, in a manner befitting a bunch of fucking asshole soccer hooligans. Psst, Kalifornien, your fascist is showing!

"Who’s going to pay for them?" he asked. "What kind of criminality will happen?"

"The Democrats are making it easy for them to come here so they can produce more Democratic voters," he said

and then you blocked my bus until it was turned around and sent to a different baby jail, because we don't want yer kind in Murrietta, and NOBAMA better stop luring disease-ridden children to our glorious land with a promise of super-cush prison cells before they are deported.