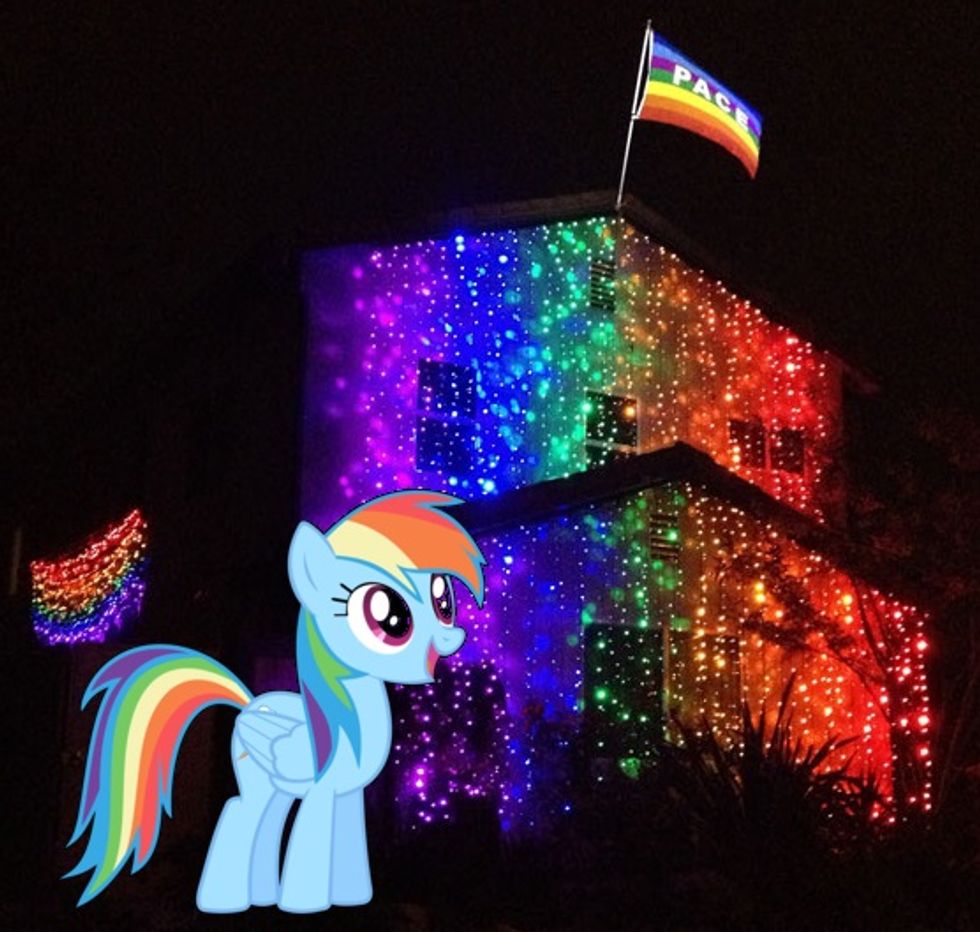 Here's some industrial-strength Nice Time, courtesy of our old friend Evan Hurst (Wonkette misses you, Evan!) atTruthWinsOut: That photo up there is the home of Dr. Mary Pham of Irvine, California, who started flying a rainbow flag over her home last spring when all her neighbors were putting up flags for sports teams and seasonal-themed flags. It turned out to be a bit more controversial than she thought:

In July, she was told that people had been writing angry emails to her HOA about the flag. When she saw them, she was taken aback by the hateful language she saw. One of them referred to the flag as a “Fag Flag.”

“Is the GAY PRIDE [in large font and rainbow colors] display protected by free speech rights?” its author asked. “The Orange Tree Patio Homes neighbors are shaking their heads in disgust.”

Yes, we suppose that it is not all that surprising that people in a Homeowners Association might be disgusted by free speech. That's pretty much what they're for.

Dr. Pham said that no one was directly hostile to her, because suburbs don't work that way. But someone was kind enough to print out a press release from the Westboro Baptist Church and leave it on her front door, and somebody else (maybe) left a note on her windshield reading "GOD HATES FLAGS." (Who knows, maybe the pun meant it was an ironic note of support?) On the other hand, when she briefly took down the flag to replace it with a new one, she got a genuinely nice letter from an anonymous supporter urging her to put the flag back up.

And then in December, the OC Weekly ran a story about the flag flap; Pham was so annoyed by some of the bigoted comments on the story that she was inspired to take her rainbow to a new level for Christmas, covering her house in rainbow holiday lights. And spotlighting the flag, of course. Also, too, some trivia: the flag is a replica of the Italian "Peace Flag" used to demonstrate against nuclear weapons in the '60s. So not only is Pham not a ally of traditional marriage, she is also some kind of anti-war freak who thinks she's too good to even write English on her commie flag... In other words, good on her.

We imagine that sometime next week, Todd Starnes will report that Orange County is banning all Christmas lights unless they look like Mary Pham's.