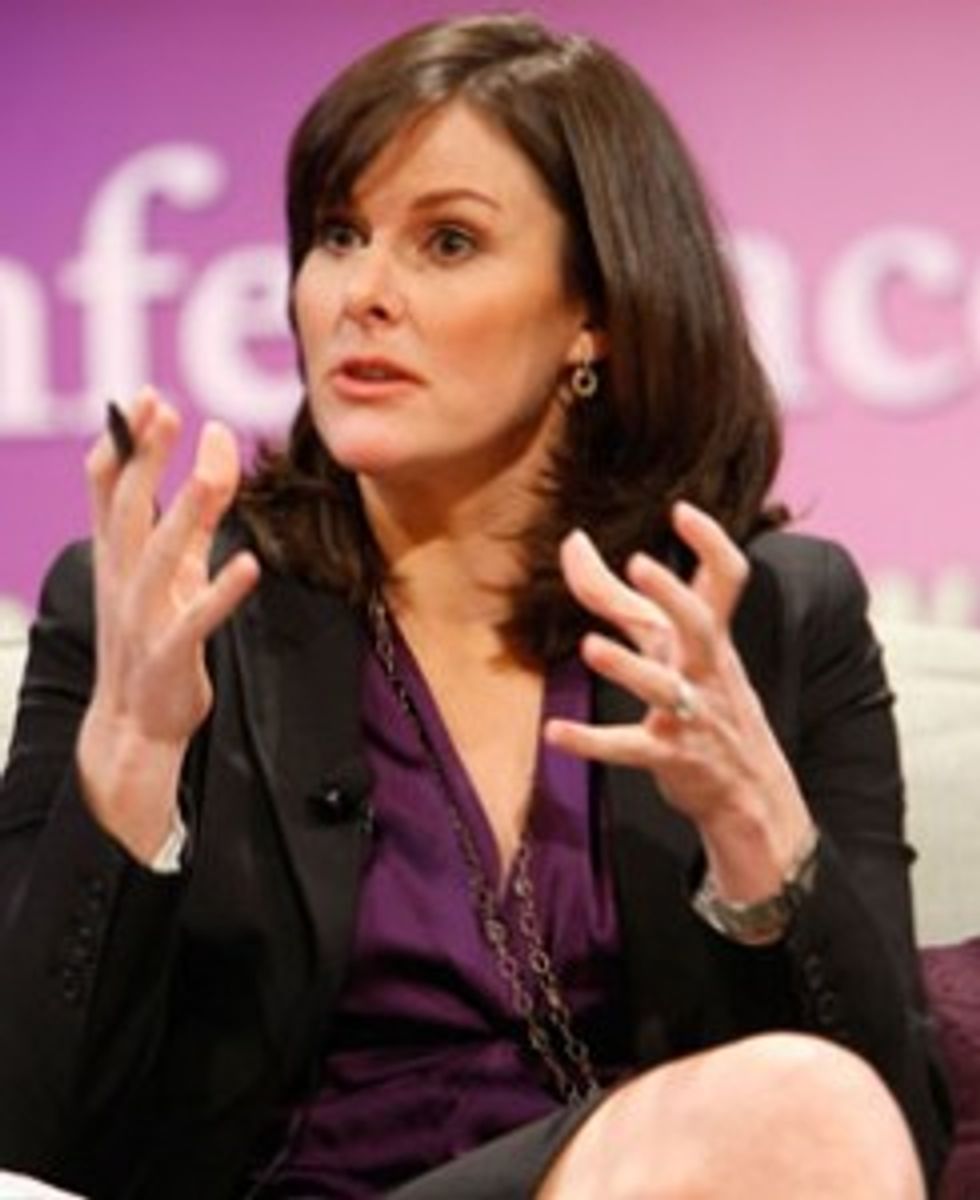 Did you ever wonder why the GOP seems determined to defund Planned Parenthood and wage constant and consistent attacks on women’s health care? Good, because Campbell Brown, former CNN anchor and thewife of a Romney advisor, has the answer for you: it’s not because of a war on caterpillars women, it’s because Planned Parenthood is run by uppity bitches who won’t compromise.

From her op-ed yesterday in the New York Times:

PLANNED PARENTHOOD has a large target on its back. At no time in the organization’s history has it faced such a concerted Congressional challenge to its agenda. But most worrisome is the organization’s shrinking number of defenders, and Planned Parenthood has only itself to blame. It has adopted a strategy driven by blind partisanship, electing to burn bridges instead of building them. That strategy is damaging, and possibly imperiling, its mission.

Clearly, they are driven by sheer partisanship, as evidenced by their continued work with Republicans for Choice, a group that includes REPUBLICANS like Congressman Richard Hannah (R-New York) and Lisa Murkowski (R-Alaska). But yeah, definitely it’s Planned Parenthood that has the partisan agenda.

Most of Planned Parenthood’s work focuses on health care for low-income women, things like screenings for breast cancer and diabetes, and family planning. Despite the claims of its opponents that it’s solely an abortion provider, abortions represent only 3 percent of its work. Almost half of the organization’s funding (46 percent) comes from the federal and state governments, making it imperative that it have friends in both parties. But that’s tough to do when Planned Parenthood sees ideological purity as so paramount that it permeates every aspect of its strategic planning. There is almost no room for even slight deviations. Those who are not in lock step with the organization are viewed as enemies to the cause.

This mind-set will doom Planned Parenthood to failure. When an organization is willing to support only lawmakers who are with it 100 percent of the time, it virtually guarantees that the debate will be bitterly partisan.

[For example] Representative Robert Dold of Illinois is a Republican abortion-rights advocate who is in a tough fight against a Democratic challenger. When funding for Planned Parenthood was under attack, Mr. Dold spoke out on the House floor, urging his colleagues to support the organization. He has even introduced legislation to try to stop the federal government from discriminating against groups like Planned Parenthood by ensuring their continuing access to Title X funds. He would love to have Planned Parenthood’s help with his re-election campaign, but so far the organization has opted to stayed [sic] out of the race. When I asked why, given his outspoken leadership on its behalf, a Planned Parenthood spokeswoman told me that Mr. Dold does not have a 100 percent voting record on all legislation that Planned Parenthood deems important to women.

Actually, Representative Dold voted to allow hospitals to refuse emergency abortion care to women who could die without it, but yeah, totally that’s only something that Planned Parenthood would deem important to women. Women themselves are cool with dying so long as Planned Parenthood is able to reach bipartisan compromise, duh.

In sum, if only those uppity bitches at Planned Parenthood would see women’s health as something to use as a political football, it would be more popular, which is more important than fulfilling its mission because no one cares about women's health care as much as they care about bipartisanship.