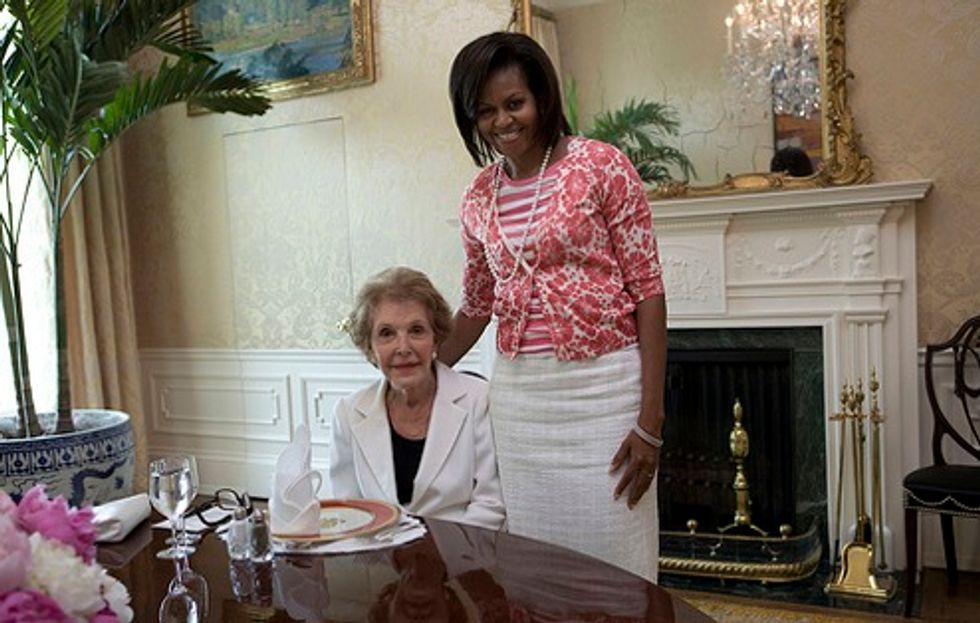 Throughout the history of American journalism, reporters have upheld one vital standard: asking the tough questions and holding to account the most powerful person in the nation, which is to say, the First Lady. But is our national legacy of unbiased investigative East Wing reporting suddenly in peril because some black gals are writing about Michelle Obama?

Whether racial and gender identification produces a gauzier, more favorable portrayal of Obama is perhaps too early to judge. After all, no one raises questions when an Irish American male reporter covers a pol named Murphy. [...] Obama is a black woman from the South Side of Chicago. It would be impossible for anyone to cover her without giving prominence to that fact. But are the beat reporters inadvertently invested in her success?

This important question is posed by Howard Kurtz, who has girded himself against any accusations of bias on his own part by reporting on the media -- a field barren of white people, males, or Jews.

Black Reporters on the Beat of Michelle Obama [Washington Post]