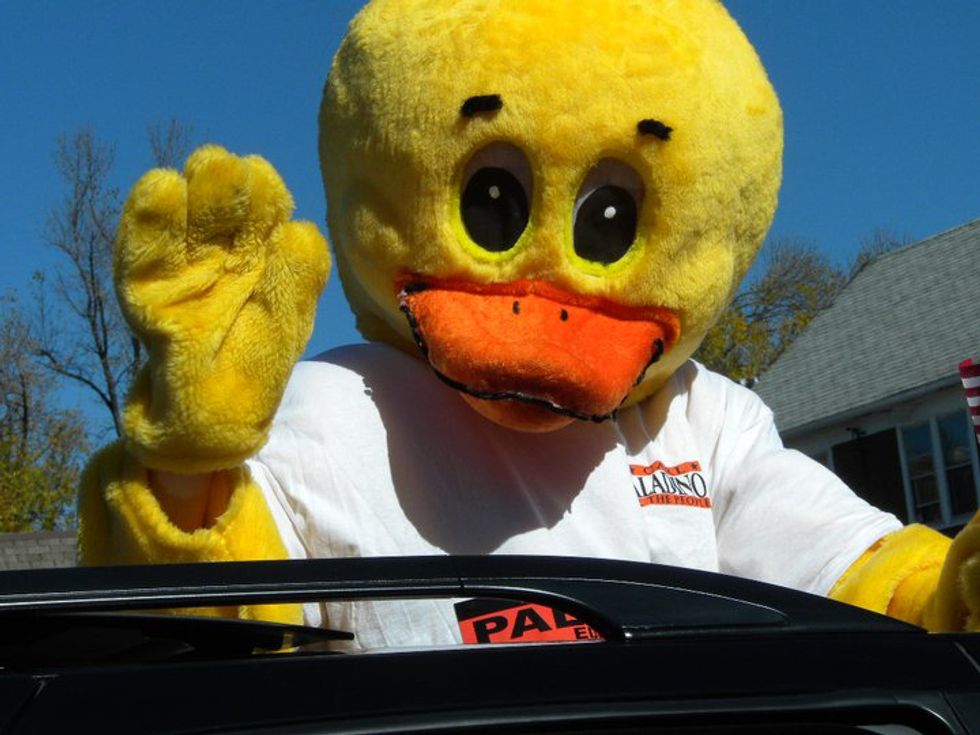 Carl Paladino likes to point to his gay nephew, Jeff Hannon, as evidence that he's no homophobe. That's funny, because Jeff Hannon seems to think Carl Paladino is a homophobe, as the 23-year-old has stopped showing up to work at the Paladino campaign. This is according to the New York Post, which also wants you to know Hannon is "hunky" and "6-foot-2," based on what they've seen "on his MySpace" (HisSpace?), a primitive "social networking" website made for people who work at the Post and other Rupert Murdoch properties. So now who will run Paladino's furry outreach operation?

In a brief phone interview yesterday, Hannon, in his first public remarks on the incident, told The Post, "Obviously, I'm very offended by his comments."

Hannon said he had no further comments "right now," before hanging up.

But the more pressing issue is whether or not Hannon was the staffer who wore this furry duck suit for his uncle:

The Paladino duck furry has not been seen in a furry-pride parade since Saturday, for what it's worth.

Surely Paladino will be able to survive this latest controversy. His candidacy is really, really strong. [NYP/Facebook via Wonkette operative "Shawn S."]