Carly Fiorina Says She's Losing Because Everyone's Afraid Of Her, Yeah That's It 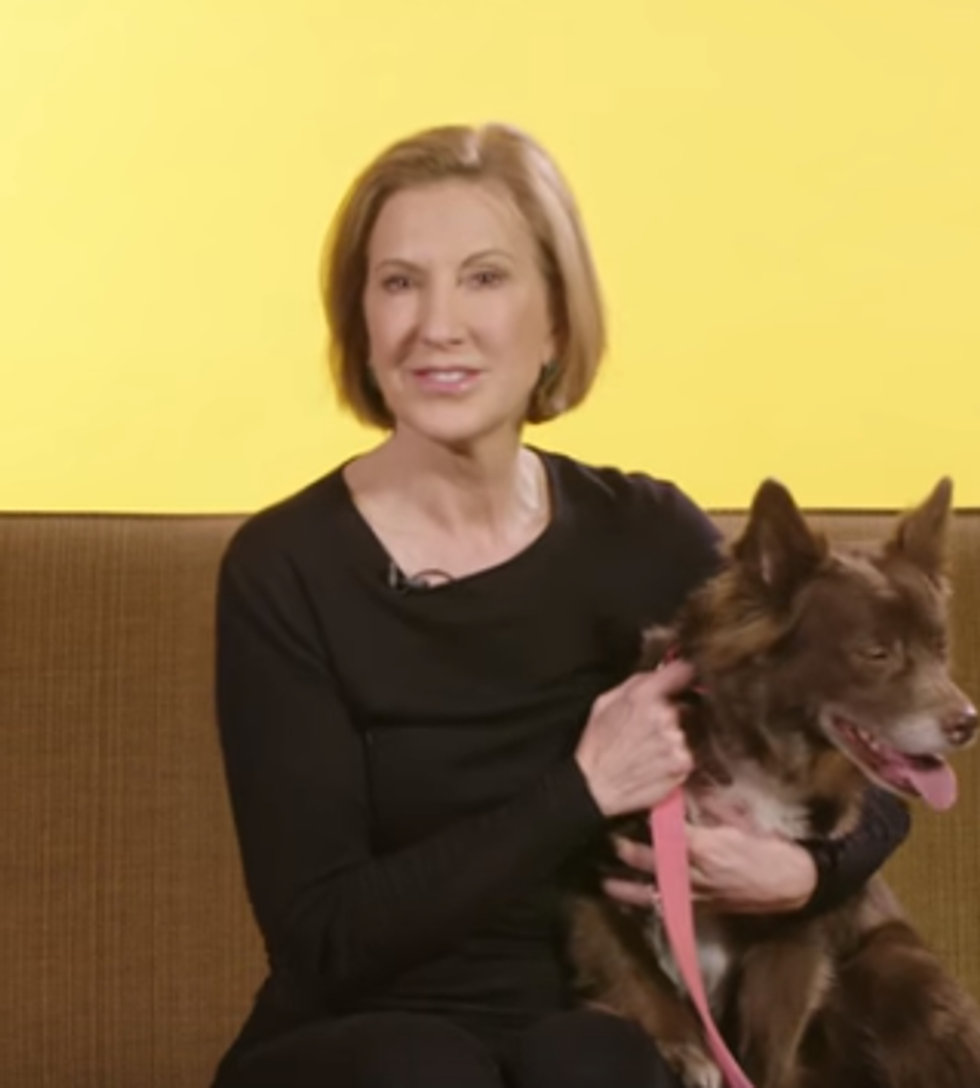 It's because she smiles too much, that's why.

[contextly_sidebar id="rbLcxeKUs6aFyDojZzYBvggo1qFZUSGE"]Carly Fiorina is not having the best year of her life, what with being such an enormous liar who can't even make it onto real GOP debate stages, owing to how nobody likes her. But did you know that "the system is rigged," and that is why she's running her presidential campaign into the ground like a common Hewlett-Packard? Did you ALSO know that the only reason they won't let Carly debate is that she's the ONLY presidential candidate who's got what it takes to beat Hillary? It's true, if you live in Carly's brain.

Fox News Radio host John Gibson sweetly told Carly he missed her during Saturday night's one and only Republican debate (RIP undercard), and asked, "Why'd they bump you out?" This is how Carly responded:

Because the system is afraid of me. And there are a couple of guys on that stage, who I've already beaten in Iowa, who are also afraid of me. So they lobbied to keep me out.

Sure, except for the ones who lobbied for her to be included. Maybe she forgot she thanked them for their efforts, those bastards!

And the Anybody But Carly network, the George Stephanopoulos network, the guy who's taken money from the Clintons, donated money to their Clinton Global Initiative, they sure don't want me on that stage because they know I CAN beat Hillary Clinton.

[contextly_sidebar id="SGsv7jj3QvfrI8XJCWSFYactmL6URu7y"]OMG THAT IS SO PITIFUL and also OH RLY??? Did the George Stephanopoulos network start shaking in its boots about how Carly would get on that stage and beat Hillary right then and there, because of what a great threat she's proven she is? Are the powers-that-be holding her down because she's a woman, even though Carly's pretty sure sexism doesn't exist, except when it's convenient for her? ARE THE DEBATE RULES SEXIST? Because here, to freshen up your memory, is why Carly was ACTUALLY disqualified from the debate:

To be included in the debate, candidates needed to place among the top three in the Iowa caucuses Monday or place among the top six either nationally or in New Hampshire polls approved by the network. Fiorina did not make the cut after she placed seventh in Iowa, garnering less than 2 percent of the vote. She stands in eighth place nationally and seventh place in New Hampshire, according to averages compiled by Real Clear Politics.

This week, Fiorina called for ABC to change its rules and allow her to participate in Saturday’s debate ...

[contextly_sidebar id="3m4BVgCHHEOjrNaXI3P9B9FFIb4KEIAA"]Because of course she did, and she was probably REAL pissed the network didn't affirmative action her into the debate, the way CNN did months back. Of course, that time, she had a bit more of a case to make than "I'm last place except for Jim Gilmore, and who is he anyway? Bend the rules for me pleeeeeeeease!" What a sore, sad loser.

[contextly_sidebar id="3h30lrHICnO9K6TXGsA6YdAnD8RcjzKc"]You are probably wondering what Carly and her sexxx husband Frank (the one who got her blue dress all crusty and jizzy, and whom she left her first husband for, ALLEGEDLY) did instead of the debate on Saturday night, and the answer is they had a date night and watched Carly's favorite movie, Secretariat, a moviefilm about a horse who actually wins races, unlike his biggest fan Carly Fiorina.