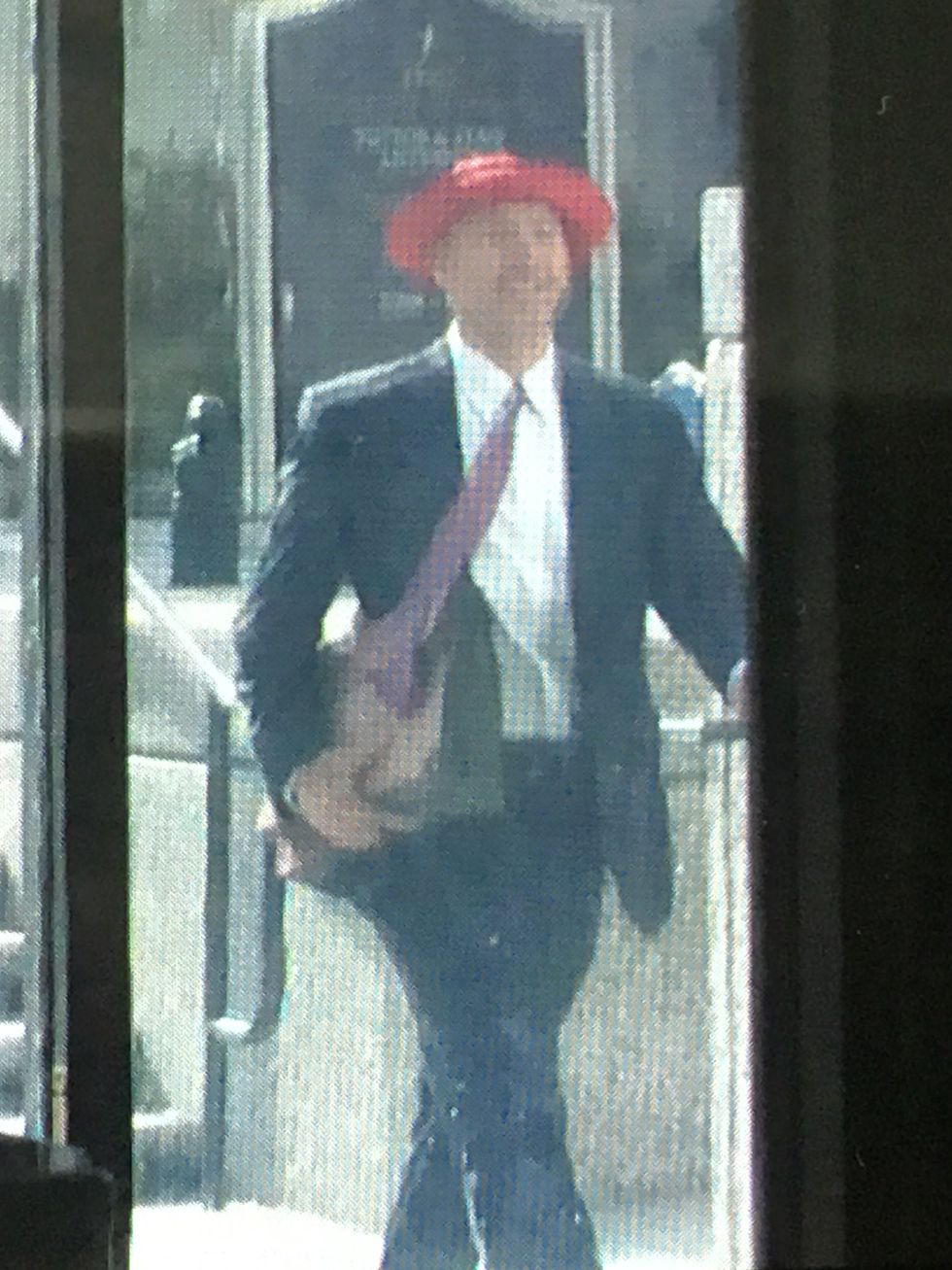 Hola, Wonkers, ready to win a caption contest? Don't worry, we'll forget to pick a winner like we always do!

Here is Carter Page lollygagging into Congress to give the Senate Intelligence Committee some top-secret documents, which probably prove once and for all that the real story of 2016 Russian meddling is that Hillary Clinton and the Dodgy Dossier (which is fucking true) are trying to kill him. According to NBC's Frank Thorp on Twitter, Page danced right into the flock of reporters waiting to shove microphones into senators' faces for comments about the Al Franken allegations (yes, there are Al Franken allegations now. We're getting to them!). Look at him. Just fucking look at him:

HI EVERYBODY! WHAT'S EVERYBODY DOING? WHO WANTS TO HAVE LUNCH WITH ME?

We already speculated while reading the transcript of Page's batshit one million-hour testimony to the House Intelligence Committee that Page would be the first person to ever plead insanity in a CONGRESSIONAL HEARING, but now we are certain that will happen, probably before Christmas.

What in hell is that hat? Who wears that hat in public? Is it like a MAGA hat for particularly dapper dandies? Where did he get it? Etsy? Big Lots? Did he spend a long time deciding whether or not to wear it this morning? Does he have that hat in multiple colors?

Was there an 1980s movie soundtrack playing as he flitted through the halls of Congress to deliver unto the Senate Intel Committee a bunch of documents that prove once and for all that he's the dumbest fucking Russian spy who ever lived? Or is this a scene from the Broadway production of Thoroughly Modern Millie? Was Page preceded into the building by a troupe of jolly man dancers singing about how Carter has hit the big time now?

OK, do your caption contest in the comments. The winner will receive Carter Page's hat, assuming we can figure out how to trick him into giving it to us. Oh! We'll just say we are Russian and we think he's sexxxy. He'll probably give us his shirt and and his pants and his handy dandy man purse too!

UPDATING TO ADD! Here is a clearer close-up of Carter Page's sexxxy hat: