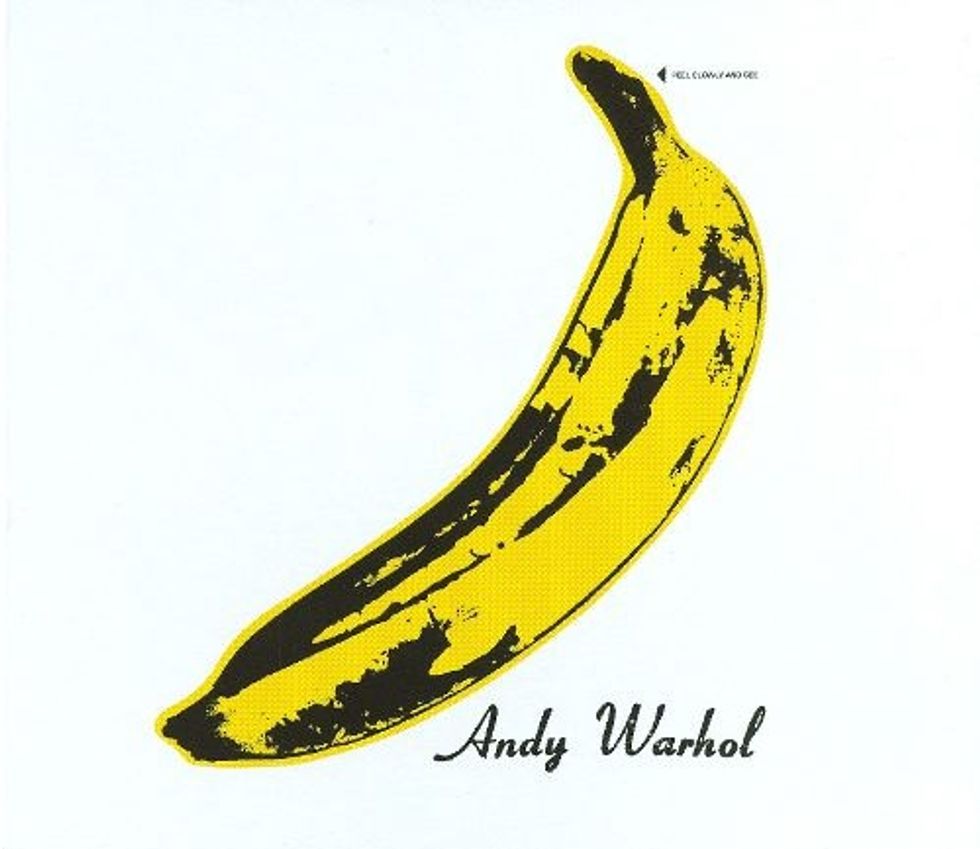 They didn't sell a lot of records, but everyone who heard them grabbed someone by the pussy.

Guys, it looks like we're all going to just concede defeat, cancel the election, and swear in Donald Trump right away. Jim Hoft, the Stupidest Man on the Internet, has conclusively debunked the claims that Donald Trump ever groped anyone, using SCIENCE. Or ROCK MUSIC, which is practically the same thing. You see, one of the women accusing Trump, Jessica Leeds, described Trump's alleged groping on an airliner using language that was nothing more than a line from a Velvet Underground song, thus proving the whole event never happened. Truly, it is investigative work like this that has won Mr. Hoft the reputation he so richly deserves.

Somehow overlooked in the foofaraw over last week's NYT story, Hoft actually destroyed the Times' alleged "journalism" the very day it came out. Or rather, because Hoft is a lazy bastard, he reprinted a screenshot of a story written by someone else, in this case a tweet from rightwing blogger Mike Cernovich (who appears to have gotten it from yet another source):

Surely, no one in the history of the world has ever used the simile "like an octopus" to describe a grabby person, at least not between the Velvet Underground's 1968 song "The Gift" and now. Besides, as the tweet points out, cephalopods do not even have hands!

Ergo, Ms. Leeds is proven a liar, and the New York Times is once again shown to be unreliable. Oh, sure, if you want to get all technical about it like they do at Snopes, you could point out that the octopus analogy is virtually the only thing the song and Leeds' account have in common. The song is a trippy weirdass story written by Lou Reed, about a guy who mails himself to his long-distance girlfriend as a surprise, and while still in the box, he overhears her talking about a date with another man:

Sheila nibbled on a cuticle. "After last night, I thought maybe you'd be through with him."

"I know what you mean. My God, he was like an octopus. Hands all over the place." She gestured, raising her arms upward in defense. "The thing is after a while, you get tired of fighting with him, you know, and after all he didn't really do anything Friday and Saturday so I kind of owed it to him, you know what I mean."

But hey, the line is there, thus proving all of Donald Trump's accusers are liars. It's critical thinking skills like these that will truly Make America Great Again. Which is a line the Trump campaign stoled from Ronald Reagan, thus proving Donald Trump has been lying about running for president the whole time.

In any case, we appreciate Jim Hoft's service to investigative journamalism, and encourage him to apply his forensic technique to other accounts by women who say Trump behaved inappropriately. For instance, we can probably dismiss the other woman in that NYT story, Rachel Crooks, who says Trump forced her against a wall near the elevators in Trump Tower and kissed her forcibly, by citing Aerosmith's immortal "Love in an elevator / livin' it up while I'm goin' down." Kristen Anderson, the woman who says Trump reached up her skirt in a nightclub in the early 1990s? Obviously just stealing from Usher's "Love in This Club:"

I wanna make love in this club

I wanna make love in this club.

The ten-year-old who Trump said he'd be dating in 10 years? Clearly just a line stolen from "My Sharona":

Never gonna stop, give it up

Such a dirty mind, always get it up

For the touch of the younger kind

And all those beauty contest participants who say Trump strode arrogantly into dressing rooms were obviously just plagiarizing from Carly Simon: "You walked into the party like you were walking onto a yacht," although the details of haberdashery may vary. But can there be any doubt that Trump is so vain he probably thinks this song is about him?