Catholic Bishop Explains How The Church Has Handled That Sexual Abuse Thingy Quite Nicely, Thanks 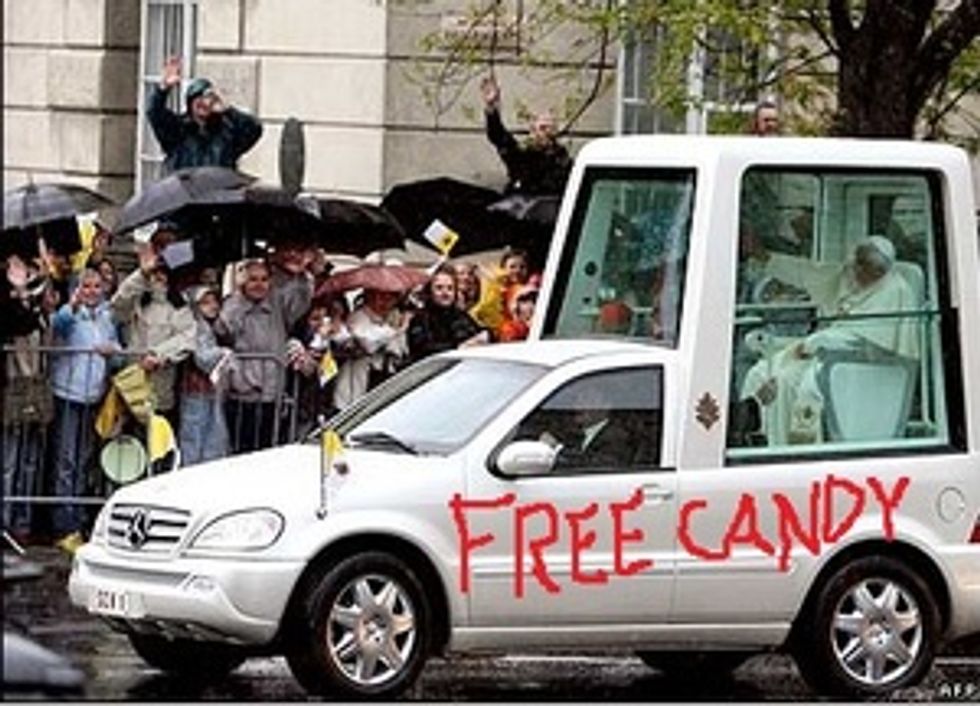 We know you people have not approved of our recurring NewPopeNiceTime feature, but we do not care. However, we'll throw you a bone today and talk about how really super terrible one Bishop Thomas Paprocki of Illinois is on account of how he thinks that we're gonna close all the churches because of being all pagan now and because the Catholic Church has handled the sexual abuse scandal pretty much better than anyone else would, yep yep.

Let's kick it off with how since pagans have taken over the world, the First Amendment is barely hanging on and also communism:

“And now I think we are moving in a direction that – not only is it more than secular – it’s a rejection. It’s an outright rejection [of Judeo-Christian values]. It’s a pagan kind of a culture.”

“The reality is that – ironically, it is becoming more like the Church was in the time of John Paul II in Poland under Communism where you [Christians] lived in a very hostile environment. We still have the First Amendment of our Constitution but that is being sorely tested.“

The good folks at the Washington Times go on to explain at us about how communism works but neglect to explain how we are all currently arresting and murdering the Catholics, probably on account of how we are not last time we checked.

What else is Bishop Poprocks on about? Oh, the usual. You're going to hell if you vote for anyone that doesn't hate the gays, Obamacare = Murder just 'cause, etc. unto infinity Amen. The Good Bishop also took the time to share his really rather unforgivably stupid thoughts about the Catholic Church's ginormous sexual abuse problem:

I would venture to say that of any institution in the country – perhaps in the world – I don’t think anyone is dealing with it as responsibly as the Catholic Church has. So public figures like that continue to point their finger at the Catholic Church and say you have a problem with sexual abuse and people are ignoring where most sexual abuse is taking place. It’s occurring in families. It’s occurring in schools.

There is a lot of sexual abuse that is taking place and needs to be addressed. This lets people too easily off the hook to say that, oh, that’s a Catholic problem…. If people are really serious about sexual abuse, I think they need to be looking at some other places as well.

Well, sure. We can probably find some Idi Amin or Khmer Rouge or some such level shit to compare you to, Church, where you might come out on top. By and large, though, there's pretty much no more awful horrible no good very bad way you could have handled the pedophile scandal what with the shuffling around and the letting it happen forever and the fighting every lawsuit and going bankrupt so you don't have to pay. Not a good look, Catholic Church.

You guys all owe us a fruit basket for writing about this guy so you can yell about it all day in the comments. In the alternative, just send whiskey to the Editrix directly.