Charlie Rangel Informs House He Is Going To Hang Around, In Long Speech About Himself 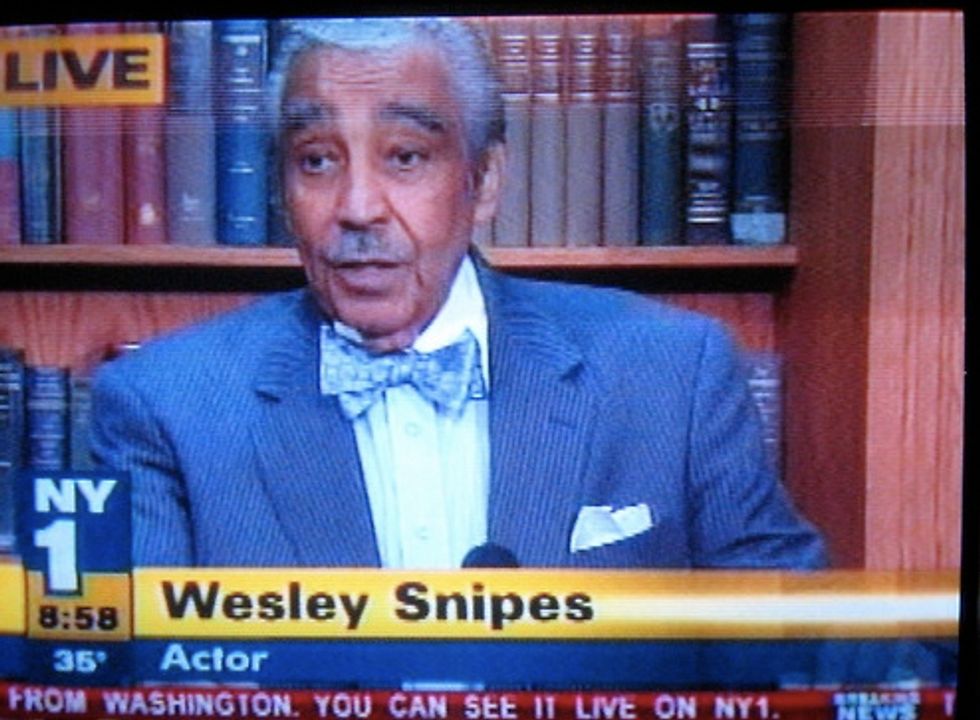 Charlie Rangel delivereda rambling speech for more than 30 minutes on the House floor today, and it turns out he doesn't like ethics violations, or being forced out because of them. "Somebody has to do more than wish I go away," he said. Mostly, he just wants somebody to do something, because constantly denying things and having to defend himself is wearing on the old man. "I'm 80 years old. I don't want to die before the hearing," he said. Charlie Rangel will not leave voluntarily, so please either kick him out or let him stay. But you will not, so he had to eat his entire bow-tie collection last night.

"I do want the dignity that the president says," Rangel said. But he doesn't want it that badly, though he will apologize. "I apologize," he said, multiple times.

Also: "The ethics committee won't even tell me when my hearing will be."

Just throw him out, Congress. It's all he wants. He will stick around otherwise, though, like a cartoon ghost in cartoon purgatory, because he is too cartoonishly stubborn.

Perhaps you can just put a bowl of food just outside the entrance to the Capitol and shut the door behind him when he goes out to get it, Congress? Or perhaps that space princess he keeps as his slave will wrap her chains around his neck and choke him to death? [The Page]