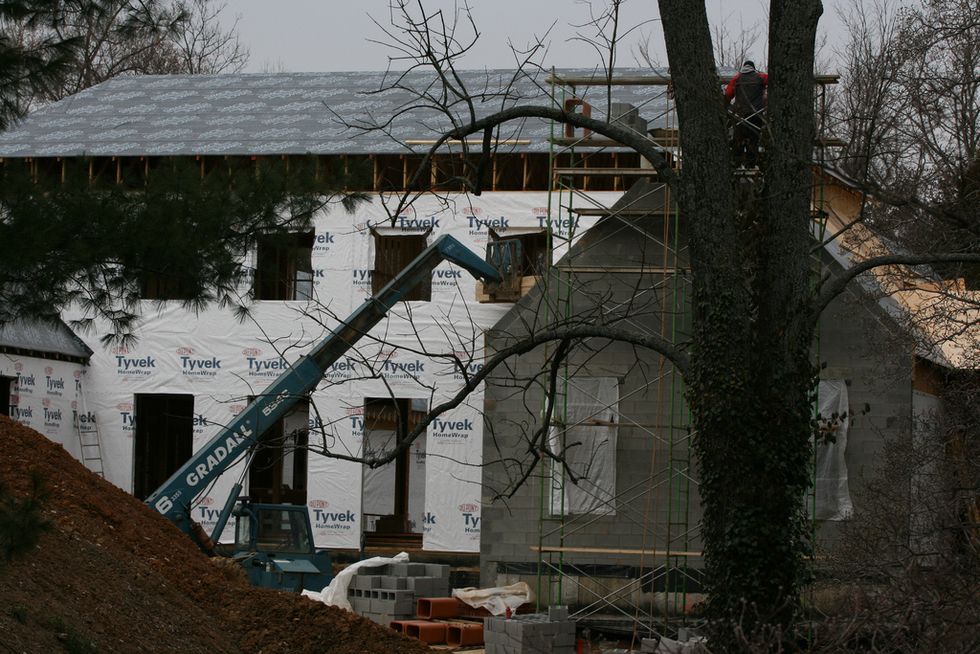 Everybody knows the three rules of real estate: Location, Refinance, Foreclosure. But our best vice president ever, Dick Cheney, is focused on the first part of that maxim by building his "retirement" house literally across the street from CIA headquarters in McLean, Virginia.

We've had a memorable seven years of Life With Cheney at the Naval Observatory lair, where he and Lynne are the current supervillains in residence. Where might they settle once Vice President Hillary comes a knockin' next January? Where might they continue their weird, terrible lives of document shredding and ritual animal sacrifice?

According to shadowy intelligence site Cryptome and the less-shadowy Fairfax County Land Use Plan Details website, Dick and Lynne are building their nightmare dream home on a quiet, expensive McLean road that's literally about 2,000 feet away from the Central Intelligence Agency HQ in the Langley woods.

The house and land itself seem utterly unremarkable and quite unfit for Dr. Evil: The property is just under an acre in size and the house will sit pretty close to the neighbors -- it appears to be the standard Northern Virginia "custom home" McMansion, with a finished basement most likely outfitted with a human-sized incinerator.

But its proximity to the Spook Capital of America makes it far more interesting as well as incredibly appropriate for the most secretive powerful vice president in history. It also suggests Cheney may pull a Putin when he "leaves office" just 10 months from now, and continue his global reign of terror from the executive suites of the CIA headquarters.

Sure, he could drive the full one-mile route around the Langley woods and up the long, secure drive. But why bother with the car when he could simply put on his hunting cap, grab the shotgun and stomp through the park, killing any woodland creature in his path? Just 2,000 feet from his front door, he would be at work, his diseased cyborg-pig heart invigorated from the brief exercise, his desk covered with neatly stacked files of all the people to spy upon and democratic governments to overturn. He could even try his hand at assassinating Fidel Castro!