Chicago Wonkers: The Most Boffo-est Wonkers In The US Of A? 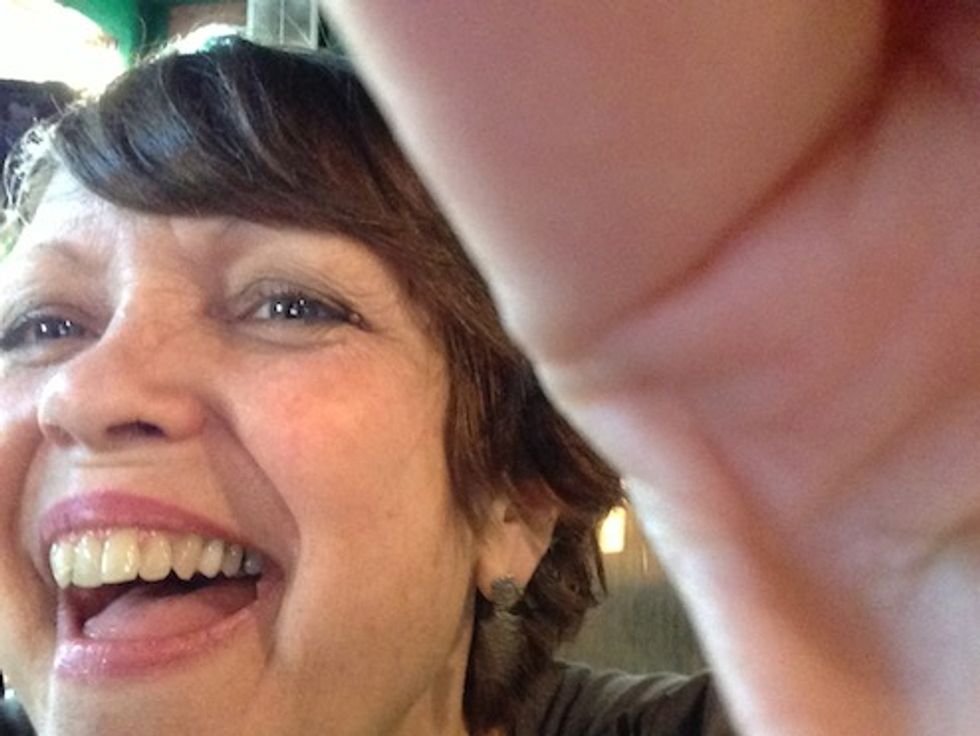 OK fine here are some pictures of our Chicago Wonk-Off, which was like last Wednesday maybe? Thursday? It is impossible to tell. We met up in the hinterlands of Irving Park or Irving Square or some other place that was difficult to get to, which is possibly why Chow Yun Flat did not make the party EVEN THOUGH he was the one who originally won Chicago a party in last year's fake kickstarter??? Sorry dude, maybe we should have emailed you.

So did Deron show up? He did not. Nor did Rahm Emanuel because of how he wasn't invited because fuck him. Also not in attendance was Joe Walsh, the loser deadbeat defeated ex-congressman, despite the fact the food and drink were free.

And who even are these people? Well, Robynne is a blogger at Death and Taxes, and Linda is a judge and like the first openly gay Chicago judge way the fuck back in the 80s, and she and her sister in Clearwater fucking Florida love to read Wonket. Then there are Andre and Roberto, who chose the bar, Christina's Place, a perfect neighborhood joint that was so welcoming and helpful and their beer of the month is Revolution Brewing's Rosa, so there is that. Some commenters you might know are Fuflans and Maman and Banana Bread (nee Knits or GTFO) and Milwaukee Kent, who went on a mini-tour, visiting us in both Chicago and Madison. Per usual, they may identify themselves in the comments if they so choose!

And there you have it, suckas! We will be at Frank's North Star Tavern in Lawrence, Kansas, tonight at 6 p.m. We will be thinking about NUCLEAR WAR.