23 Times Fox News Sh*t The Bed, You Are Welcome 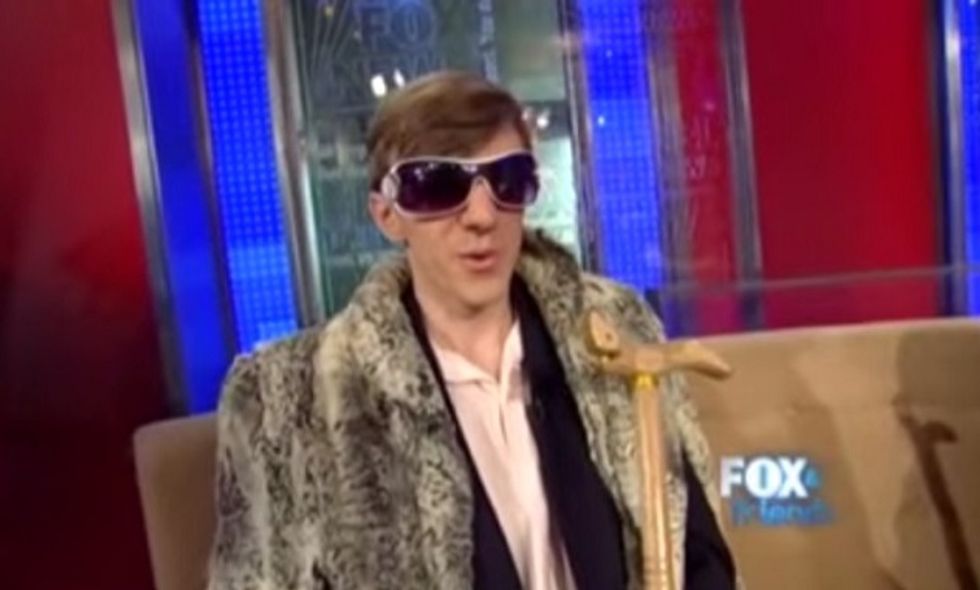 Now that Fox News has admitted it completely made up a series of stories about supposed “no go zones” in France and England -- districts where the police and other officials supposedly leave local Muslims to run things on their own and create little islands of Sharia where no non-Muslim dare enter -- the mayor of Paris, Anne Hidalgo, says she’s planning to sue Fox News for lying about Her Fair City.

Fox News has apologized for, well, making shit up -- awful big of them, really -- but then earlier this week they yada-yadad Hidalgo’s lawsuit:

We empathize with the citizens of France as they go through a healing process and return to everyday life. However, we find the Mayor’s comments regarding a lawsuit misplaced.

So, like, they’re sorry about slandering an entire city, but would prefer if there were no consequences for any journalistic malpractice. Which got us thinking: Fox News practices a metric fuckton of journalistic malpractice, and beyond getting trolled by the White House and a lot of librul pantywaist huffing and puffing over nonsense like “ethics” and “honesty,” nothing every really seems to happen. Fox is still king of the cable news ratings heap -- and what a depressing kingdom that must be to rule -- has probably at some point employed your next president, and basically functions as the Republicans’ Pravda.

But nonetheless, we, being purveyors of Serious Journalism™, are Very Concerned. And so we racked our addled brains -- seriously, 13 1/2 minutes of Googling, people, oh and Editrix, we want a raise -- to bring to you this Children’s Treasury of Fox News’ lies, misrepresentations, manipulations, histrionics, general bullshit, conspiracy mongering, and assorted dumbfuckery.

A note about methodology: This is not a chronicle of all of Fox News’ lies -- Yr Wonkette’s humble servers, powered as they are by methed-up hamsters on miniature treadmills (totes adorbs, BTW), do not contain sufficient space to house such a volume -- or probably even the best of Fox News’ lies, just our favorites (or at least our favorites of the links we found before the third glass of merlot kicked in and we declared fuck it), or maybe let’s just call this a representative sample.

On the January 20 edition of The O'Reilly Factor, during a discussion about the Parisian mayor Anne Hildalgo's announcement that she intends to sue Fox News for its "prejudiced" coverage following the attacks, O'Reilly denied that the Fox apology was about the Muslim "no-go zone" myth in France. He insisted that it was only about Steve Emerson's ludicrous claim that the entire English city of Birmingham was Muslim-only and nobody else went to the city. O'Reilly also denied that he had anything to do with the "no-go zones" claim. […] O'REILLY: France brought a lot of this terrorism on itself. We just talked about the no-go zones that they allow. They allow, 10 percent of the population is Muslim. They are all in there, they're radicalized, they don't assimilate.

Here is the Fox News brain trust blaming the communist metric system for a plane crash.

Here is Fox News lying about science, because it’s Thursday.

Back in May of 2011, Fox News assigned its crack investigative reporting team to expose a case of government malfeasance on a grand scale. They claimed to have uncovered wasteful spending on scientific research that served no purpose other than to line the pockets of academics engaged in questionable studies. At the top of the list was a now infamous project that involved the absurd but adorable image of a “shrimp on a treadmill.” […] Well, if you haven’t guessed yet, it turns out that this is just another fraudulent invention of the myth spinners at Fox News. David Scholnick is the professor of marine biology at Pacific University in Forest Grove, Oregon, where the notorious research was conducted. […] On behalf of the National Science Foundation, Scholnick developed a project to ascertain “how recent changes in the oceans could potentially affect the ability of marine organisms to fight infections.” He justified the study by linking it to the very real risk of bacteria contamination to the food supply.

Here is Fox News telling us all the world’s problems would be solved if only everyone became a USAmerican. Kill their leaders, convert them to Christianity, etc.

And here is Fox News contributor/psychopath Allen West informing us of the secret Muslin quest to kill our leaders and convert us to Islam.

West: Well you have the formulation of the US Council of Muslim Organizations and it’s very disconcerting because back in 1991 there was a document that was written and it was called the explanatory memorandum for the strategic goal of the group or the Brotherhood in North America, and during an FBI raid in 2007 in Northern Virginia this document was uncovered, translated into English and we’ve come to find out it’s the blueprint, the campaign strategy for the Muslim Brotherhood in the United States of America.

Here is Everyone’s Favorite Bow Tie telling you that bathtubs are more dangerous for your kids than guns.

Here is Steve Fucking Doocy announcing that NASA faked climate change data (it did not), and ipso facto, global warming is a big librul conspiracy, man.

Here are a bunch of other stoopid things Fox people have said about global warming.

Here is Fox News telling you about how Facebook is on an anti-conservative jihad, when what everyone really wants to hear you talk about is that chain email you just got forwarded. (Facebook eliminates racist and otherwise abusive content, which may well explain Mr. Starnes’ confusion.)

Here is Fox News misstating data to tell you Obamacare has killed jobs.

Related: Politifact’s Lie of the Year, 2010: The gubmint gon’ take over your health care.

Here is Fox News telling you that Obama faked unemployment data to win the 2012 election. And here is Sean Hannity announcing that, after his no-doubt extensive empirical research,he has determined that the unemployment rate is a lie.

Here is Bill O’Reilly making up numbers to say the War on Poverty led to more poverty.

Here is Fox News cutting out the applause during an Obama speech to military cadets. And here is Fox News swearing that this was unintentional, because why would they want to suggest that the boys is uniform don’t like their usurper in chief?

Here is a white Fox News guy (redundant, I know) whitesplaining how “Redskins” is actually a term of respect.

Politifact Lie of the Year, 2014: Disinformation on Ebola, helped along with aplomb by Roger Ailes’ Home for Rapture Enthusiasts and Doomsday Preppers:

Fox News analyst George Will claimed Ebola could be spread into the general population through a sneeze or a cough, saying the conventional wisdom that Ebola spreads only through direct contact with bodily fluids was wrong.

Oh, the hell with it. Here’s Jon Stewart reading a laundry list of Fox News falsehoods.