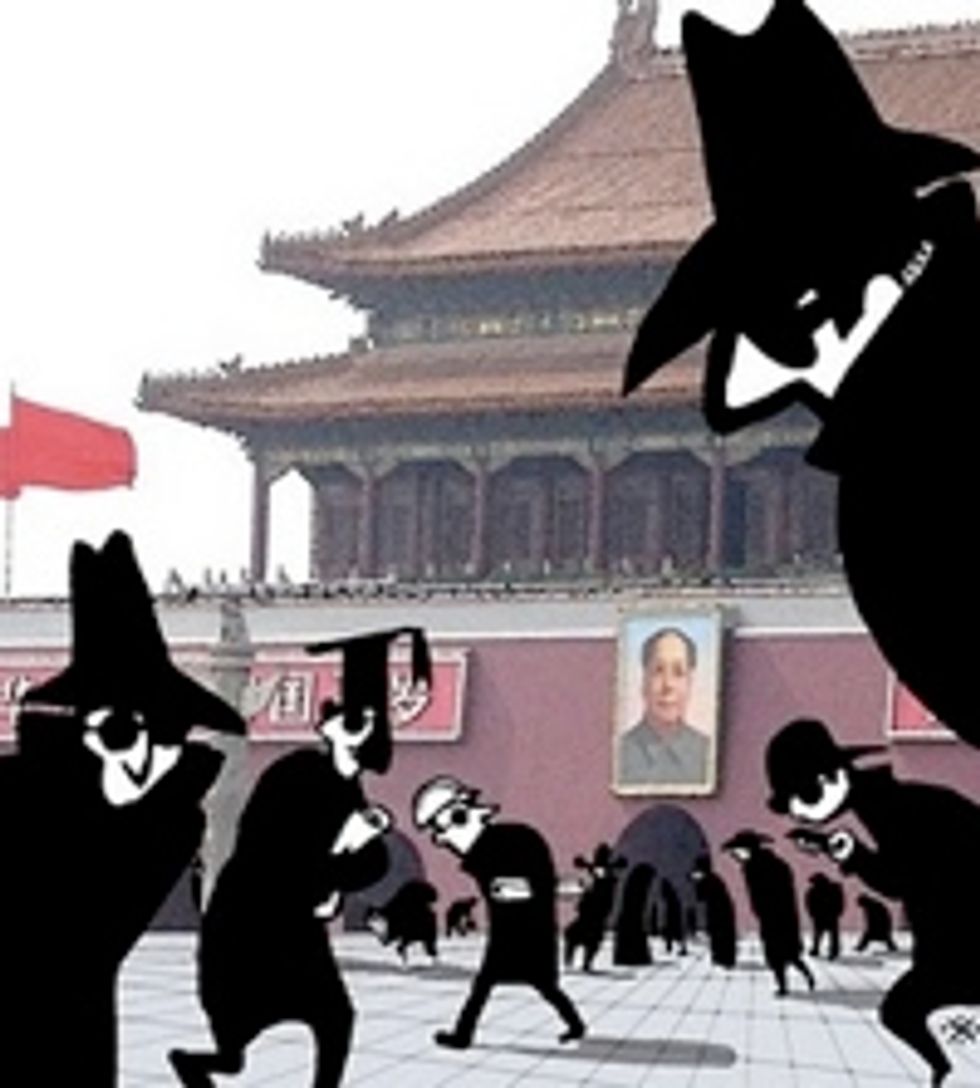 Not to be outdone by the mysteriousWeiner Twitter hacker, China went ahead and hacked the personal gmail accounts of White House officials, to show everyone how it's done. Did they get pictures of Barry's weiner? We hope so. What does Obama talk about all day, on the Gchat? "Can you believe Shaq is finally retiring?" Probably. The White House is not amused by all this computer hacking skullduggery, of course, because the White House is still trying to transfer its old contact lists from Hotmail.

Melanie Sloan, executive director of Citizens for Responsibility and Ethics in Washington, a watchdog group, said the hacking "suggests China believes government officials are using their personal accounts for official business, because I doubt they were looking for their weekend plans or a babysitter's schedule. Presumably, the Chinese wouldn't have done this if they weren't getting something.''

The Chinese government has denied any involvement in hacking of U.S. officials' emails.

Whatever. Bored Chinese officials could probably care less about "official business." China just wanted to get a look at Obama's "Air Force One," if you know what we're saying. [WSJ]