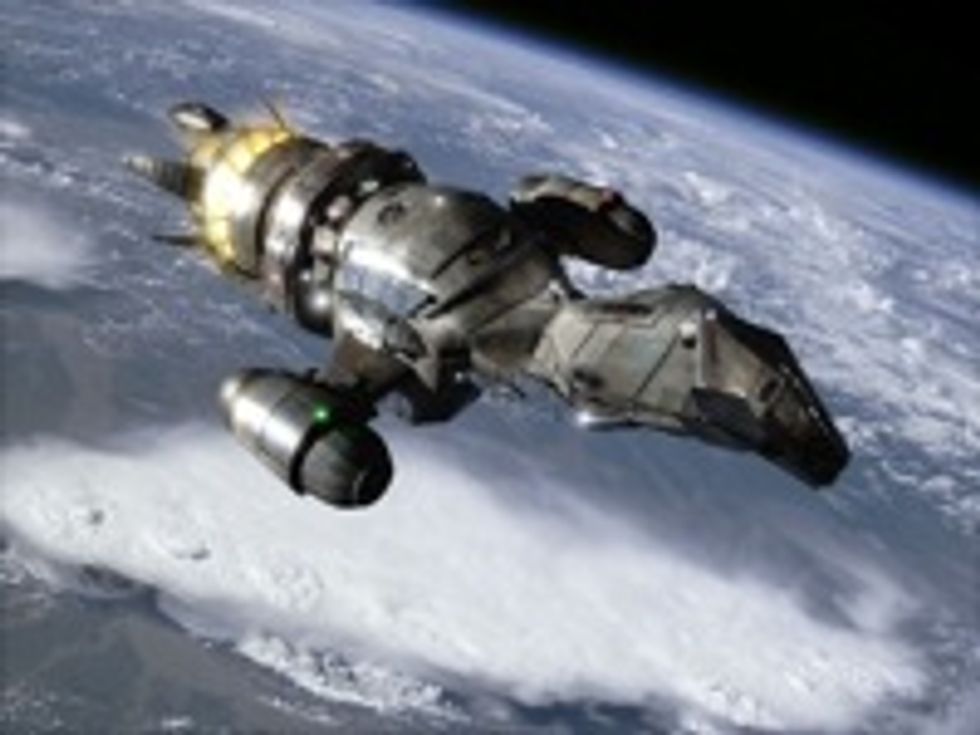 While George W. Bush begged us to go along with Henry Paulson's plan to print $700 billion worth of Treasury bills to sell to the Chinese in a tragic attempt to somewhat delay our Greatest Depression and final decline as a nation, China itself has been, you know,doing stuff.

They're building entire gleaming new cities we've never ever heard about, and making all the fancy goods the world demands, and buying up all the natural resources in Africa and South America, and oh yeah they just launched another manned spacecraft, and this time the astronauts will do the first Chinese Spacewalk. 太空所有的星球塞盡我的屁股・太空所有的星球塞尽我的屁股

America used to do that space stuff pretty good, back in the day. [Xinhua/Space.com]