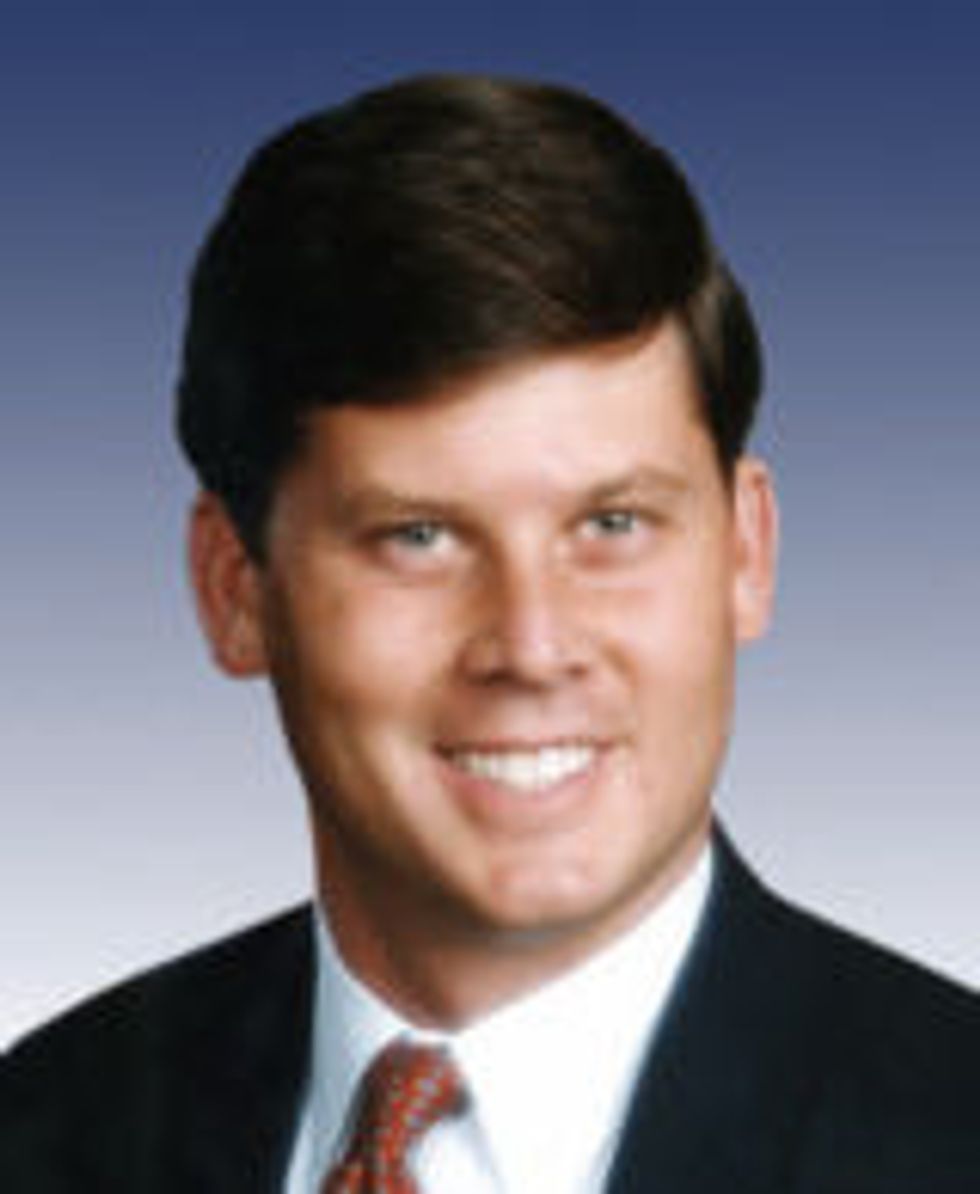 We have received another FIRST-HAND REPORT from an attendee of last night'sCongressional Baseball Game during which Congressman Chip Pickering's metal bat hit some guy in the face and made him bleed everywhere. It is so FIRST-HAND, this report, that the source was the person who actually held a towel to the guy's mauled head to stop the bleeding! According to this person, Chip Pickering was not trying to hurt this person when he hurt this person. Oh!

Actually, that report is wholly incorrect. I was sitting directly behind the guy in the third row who was hit, and I was the only one who got blood on them because I was holding a blanket to his head to try and slow the bleeding until the medical personnel arrived on site. Pickering stood looking appalled at what just happened and actually looked like he was going to enter the stands to make sure they guy he hit was ok, but medical personnel arrived and he was told to continue playing. Feel free to email me if you need more details than this.

Oh, and it was the bottom of the 5th and the office of the attending physician responded.

The guy who was hit, whose name is Brian, btw, was a young guy who had never been to a baseball game before (i gave him a rundown of all of the rules of the game during the second inning), and did not stand up and realize he was bleeding all over everyone. He was dazed and tried to stand and I pushed him back down in his seat and held the blanket to his head to help staunch the bleeding

And the whole incident was CLEARLY accidental. The bat just slipped. Happens all the time.

"Wholly incorrect," hmm? We were certainly incorrect in the headline, which said the injured fellow was an "old" man. That was something we typed at first (we write headlines before anything else ha ha!) because it's usually old men that get injured. But alas, he was so young that he'd never actually BEEN to a baseball game -- and now will probably never go to another, considering his one experience involved a Republican Congressman hitting him in the head with a thick piece of metal. But maybe he's black and can sue!

Otherwise, yes, we are pretty AWARE that Chip Pickering did not intentionally chuck said piece of metal at the young newbie for bloodsport. He is not Dick Cheney. But it's funny (and tragic!) either way and, speaking for ourselves, we wouldn't want to keep laughing and playing if we knew we had just destroyed some guy and PARAMEDICS had to come. But we are not necessarily Republicans, either. It "happens all the time," sure (well actually -- does it?), but usually not with Congressmen we've always mocked, and when it does happen, posts on Wonkette shall ensue, the end.