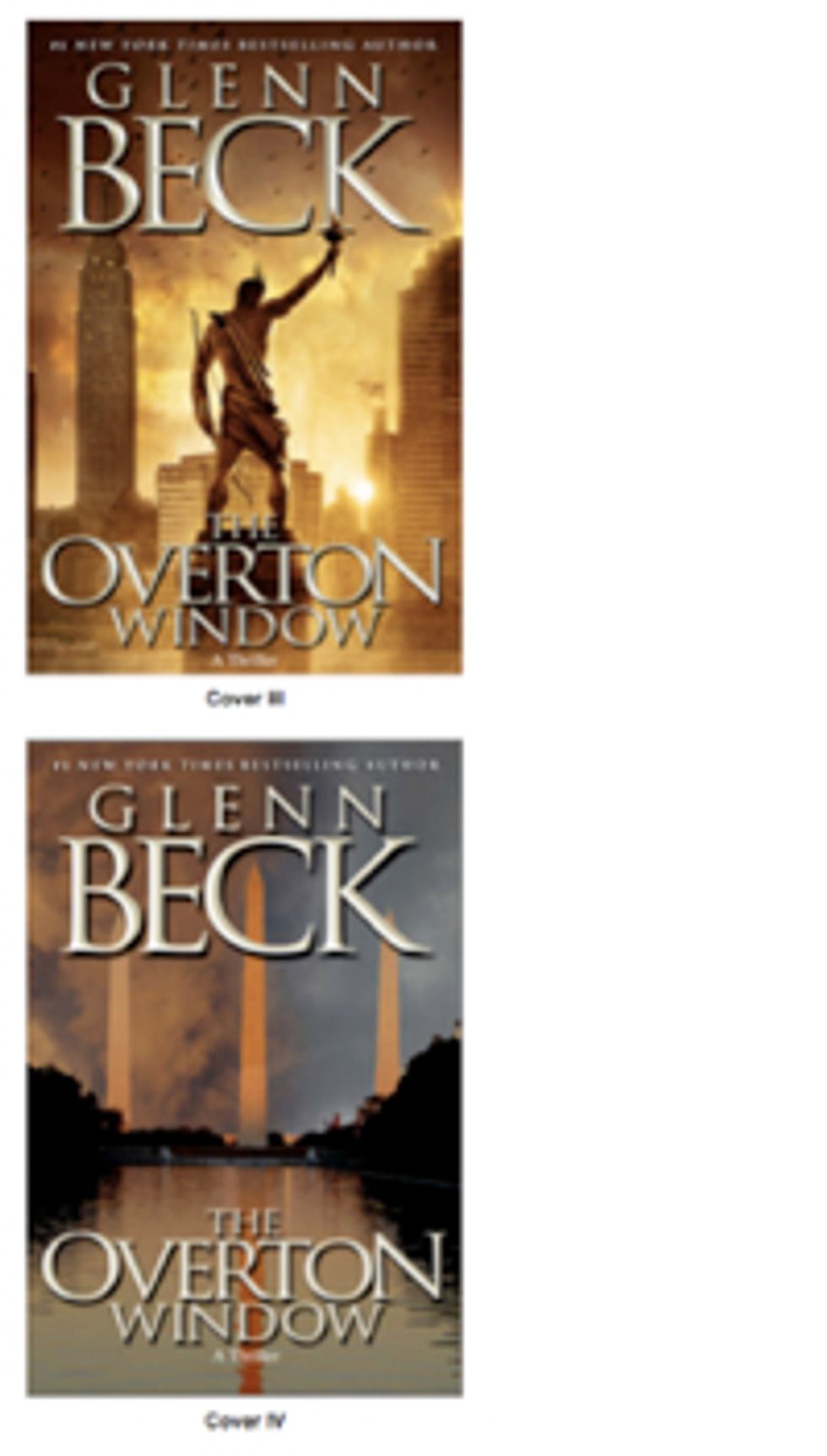 Here is a strange thing your Wonkette had not heard about, because Glenn Beck whatever: the television child has a newnovel coming out this summer. Give him credit, he admits it's fiction this time. He has bizarrely named it The Overton Window, a political science term that we REALLY DON'T WANT to hear about for the next year after Glenn Beck mass-markets it and (in all likelihood) claims that it's not the exact illustration of how Republicanism made the world insane over the past 30 years. Anyway you can choose the cover, YAY. Here are a couple of options, the naked monster vs. the three cocks. [Glenn Beck]