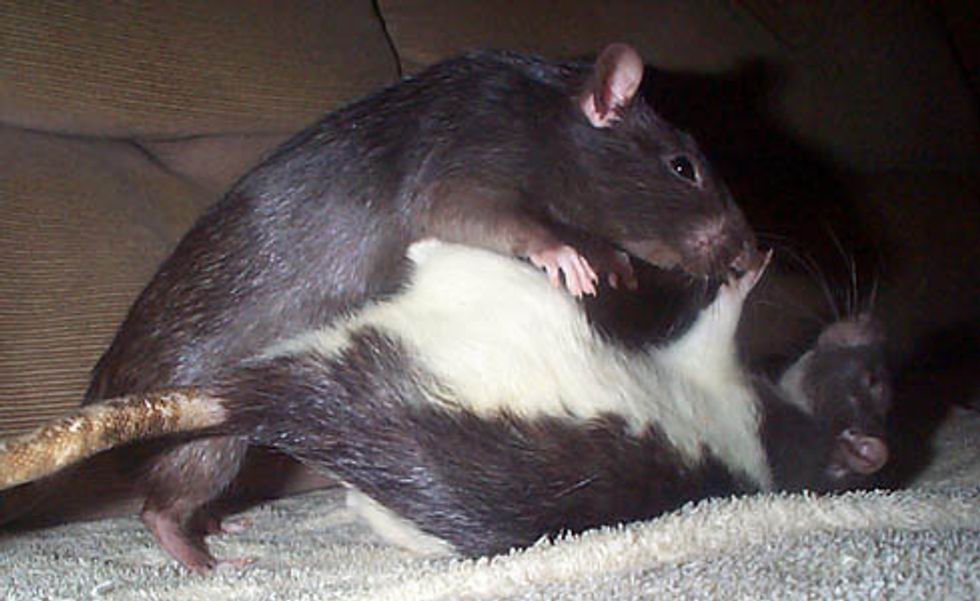 Now that the dust is starting to settle on theBiggest Press Conference of His Political Career, let's see whether Governor Chris Christie saved his political bacon (mmmm, bacon). He did the necessary moves, started out with apologies to the people of New Jersey, the people of Fort Lee, and to the state lege, as well as (eventually) the press, the mayor of Fort Lee, the 1979 Jets, and the financial backers of Waterworld. And then he said that he was "embarrassed and humiliated by the conduct of some of the people on my team," because of course he was absolutely unaware of any wrongdoing, and only learned yesterday that lanes on the busiest bridge in the country were closed as part of a political vendetta. We completely believe everything he said, except for the parts where his trousers literally burst into flame.

He also announce the firing, as of Wednesday morning, of his Deputy Chief of Staff, Bridget Kelly, who sent the "time for some traffic problems in Fort Lee" email; he also said he was cutting all ties with his former campaign manager, Bill Stepien, who also participated in emailed discussions of the stoopidest revenge plot in history. But he also insisted that he was completely blindsided by the scandal, and that an atmosphere of petty bullying and revenge was "not the tone that I've set over the last four years," although maybe some people who've crossed Christie the wrong way just might say otherwise.

Christie also apologized for dismissing the scandal four weeks ago by joking that he had been out on the bridge personally impeding traffic to Fort Lee -- “I worked the cones. Unbeknownst to anyone, I was working the cones.” And depending on the fallout from his handling of this mess, that might actually turn out to be his next job.

Christie's office was quick to post video of the prepared remarks to YouTube right quicklike, even as Christie continued to take questions from reporters, which is actually fairly impressive:

During the Q & A (running transcript at WaPo), Christie insisted that he definitely isn't a bully, and even managed to keep a straight face while saying that. Also, he is not a crook.

But was Christie's performance enough to salvage his chances for the 2016 GOP nomination? Leaving aside the whole "for chrissakes that's not even a serious question for two more years" thing, we can only say that he certainly did everything he could to sound sincere, and looked contrite and stuff, took questions for just slightly less than forever, and managed not to strangle any reporters with his bare hands, so that's all a good start. On the other hand, this ridiculous payback story certainly sounds like it's part of that whatchacall pattern of behavior that we associate with Christie, and it still seems likely to hurt his prospects for 2016, to which we say, good thing -- not in a meta "Haha now he is less of a threat to Dems" way (though, hey, upside) -- but because shutting down a bridge and snarling traffic and causing paramedics to be delayed in getting to four separate incidents are just awful things in themselves. This was terrible and petty, and everyone's the worst.