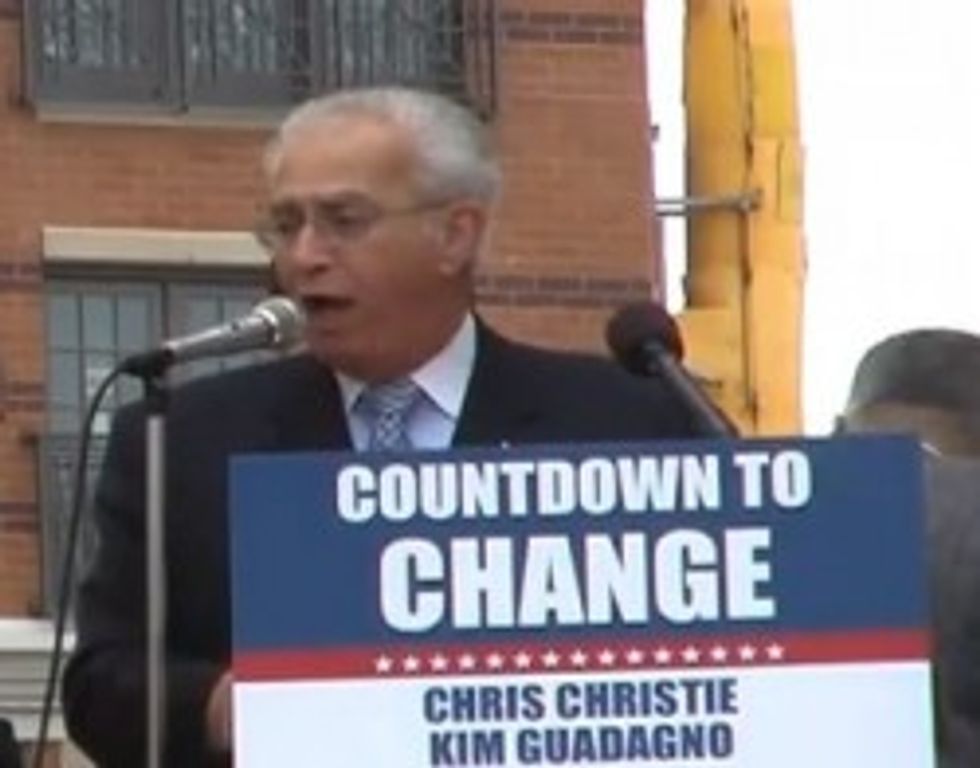 In a quite unfunny Republican lavatory phenomenon, relatively speaking, the New Jersey Assembly's Republican leader Alex DeCroce, 75, was found dead Monday night in a bathroom in the New Jersey Statehouse. Eerily, Monday was the last day of the State Legislature's current session. The cause of death is unclear. DeCroce, who was an early supporter of Governor Chris Christie, was found at about 11PM, and was treated by Assemblyman Herb Conaway, who's also a doctor, but to no avail.

The death has apparently thrown the Assembly into disarray, resulting in a cancelled organizational meeting scheduled for today and prompting Christie to postpone his annual State of the State address. Instead of that address, Christie, who broke down last night after announcing DeCroce's death, plans to give a speech in DeCroce's honor.

DeCroce joined the Assembly in 1989 and became the highest-ranking Republican there in 2003. Christie described De Croce as "a dear friend, colleague and mentor" who "helped to give me my start in elective politics in Morris County in 1993." [PhillyBurbs]