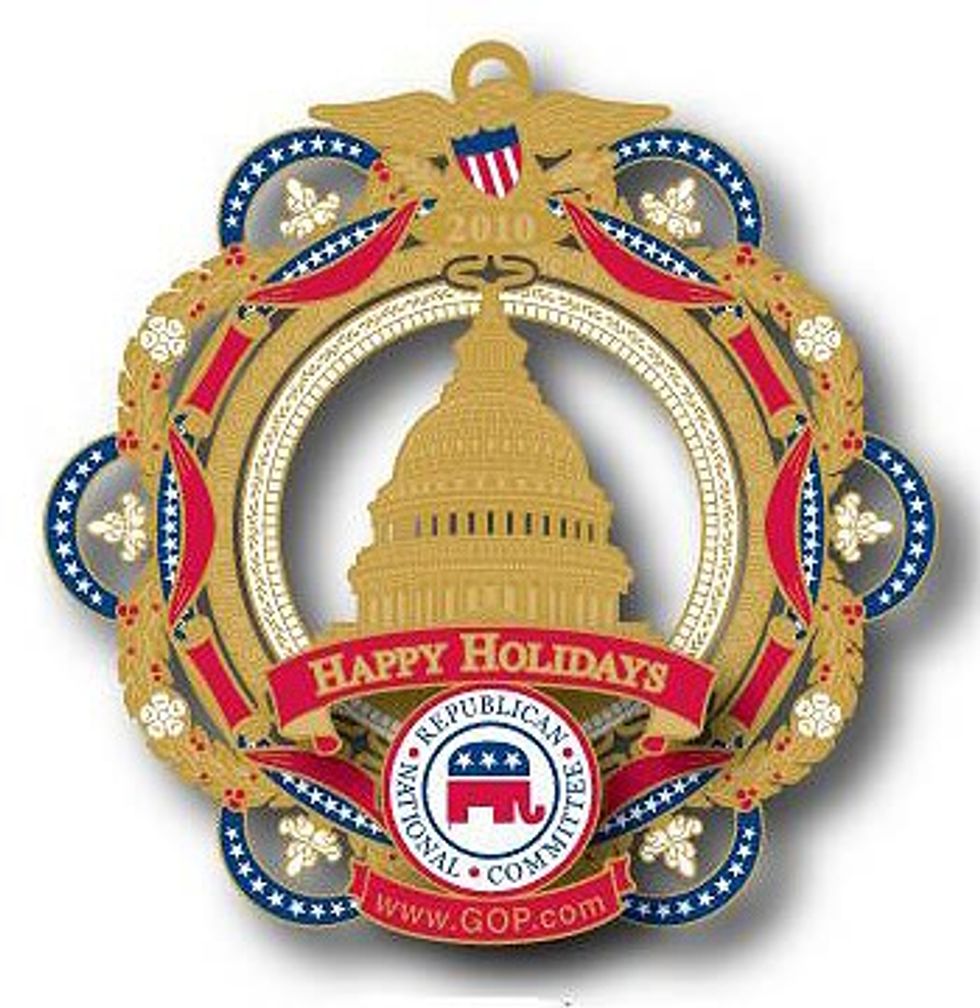 Conservatives are constantly telling us we are not allowed to wish people "Happy Holidays," even if we don't know their religion, and even if we are talking to freedom-loving Israeli settlers, because everyone everywhere should celebrate Jesus' birfday. But apparently the Republican Party hates the baby messiah and his righteous Black Friday Taiwanese Blu-Ray players, because they areselling a "Limited Edition 2010 RNC Holiday Ornament" in their online store. WHERE ARE WE SUPPOSED TO HANG THAT, RNC, ON A "HOLIDAY" TREE? Are we supposed to attach it to a shrine to Malcolm X/Michael Steele on "Kwanzaa"? Heathens!

Who tricked our Chinese factory-children Magi into making such a disgusting thing? This sounds like a job for the American Family Association!

Randy Sharp, director-special projects at the AFA, said that in the past five years the group has seen the percentage of retailers recognizing Christmas in their advertising rise from 20 percent to 80 percent. Just eight retailers are left on the group's list of "Companies Against Christmas."

Well, perfect! They need a new store to bully out of showing respect for people from diverse backgrounds, and we found one for them. We will not be buying ANYTHING from the GOP store this Christmas until they apologize to the Baby Jesus for offending his Chosen People: White Evangelicals with too much time on their hands.

Also, anyone who has ever voted Republican will now burn in Hell for this. [GOP Store/MSNBC via Wonkette operative "Brian M."]