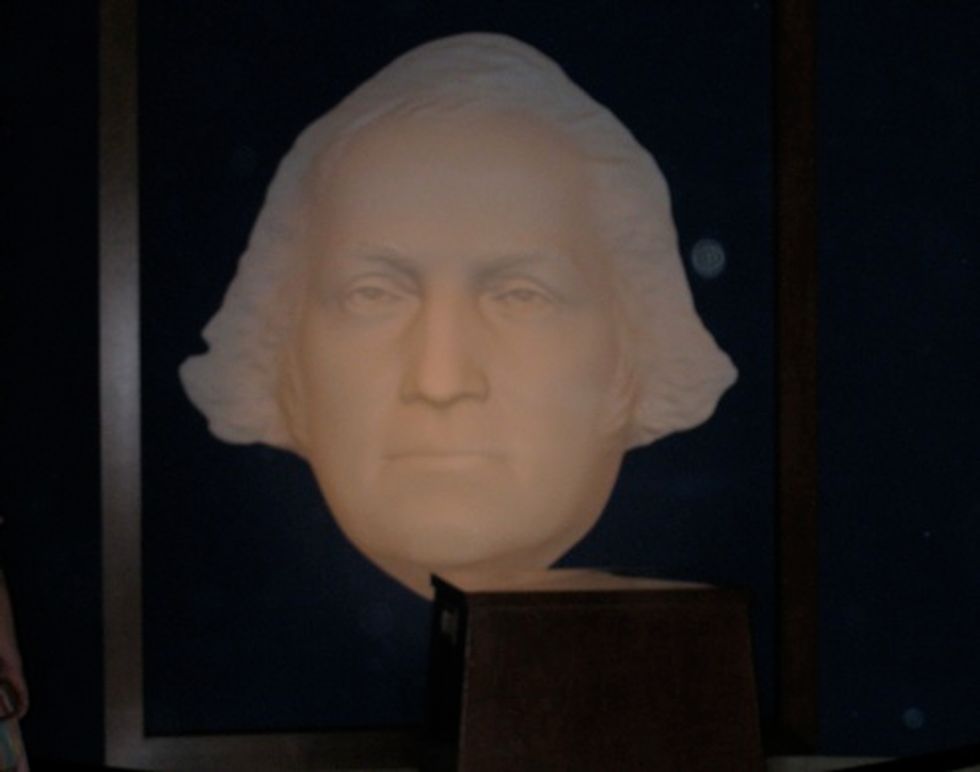 Remember when Chrysler was America's #3 car company, run by the can-do fraudery of Lee Iacocca, and not some terrible money pit owned in equal parts by Barack Obama and the Italians? Now it is exactly the sort of communist foreign enterprise that the "Tea Party," the most important movement in American politics, is most primed to hate! And yet Chrysler would certainly implode (even more so, we mean) if its core customers -- cranky old white people who refuse to buy "Jap" cars -- abandoned them entirely. Thus they were left with only one option: sending three Dodge Challengers back in time so that George Washington could use them to fight the British. SHOCKING VIDEO EVIDENCE, after the jump!

Ha ha, watch those pusillanimous lobsterbacks scatter as the Father of our Country and two faithful lieutenants come speeding out of the woods driving those hideous monster-cars, blaring the soundtrack to Ken Burns' Civil War series on the Challengers' sweet stereo systems. One would think that our Founding Fathers would be at least as smart as your average Somali militiaman and attach cannons to the roof or something, but whatever, they seem to have won this battle handily without firing a shot. USA! USA!

The important grown-up journalists at the Washington Post have decided that this whole ad is a coded message to the Tea Party, on the fairly reasonable assumption that Founding Father cosplay + ambiguous use of the word "freedom" = Tea Party bait. The fact that this ad actually broadcast during the U.S.-England World Cup match on June 11th might also have something to do with it, but, you know, it was probably the Tea Party thing. That's what three and half weeks of exhaustive Washington Post research has shown! There are real quotes from people, and everything! Please, Sharron Angle, use a Dodge Challenger to flee after you assassinate Harry Reid, we beg of you. [WP]