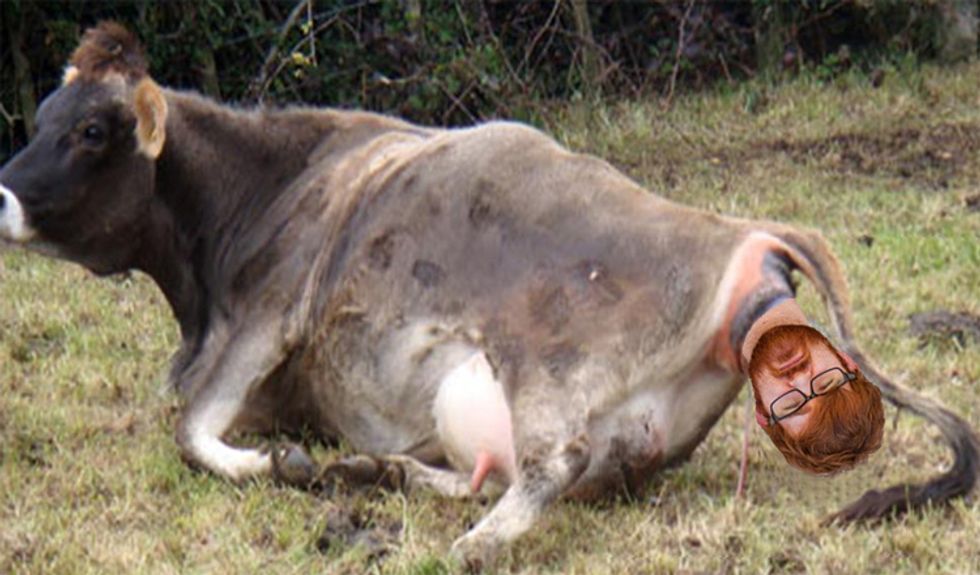 How much do we love you, Wonkers? Well, yesterday we read that idiotic complaint by Google douche James Damore. And today we waded through the legal stylings of Chuck C. Johnson and Milo Yiannopoulos. So, a lot! Get psyched for another round of whinyass whiteboy weeping, because there's nobody so oppressed as these poor, censored conservatives.

In Chuck C. Johnson's considered opinion, Chuck C. Johnson was banned from Twitter because he is a principled conservative. It had nothing to do with him doxxing a sexual assault victim, faking multiple stories about sitting senators, and being an amazing racist. And it was totally unrelated to his using the platform to solicit money to "take out" Black Lives Matter activist Deray Mckesson.

Twitter may be awash with Nazis, gaybashers, rape apologists and fake news. But Chuck C. Johnson is a victim of a POLITICAL HIT JOB.

As internal emails disclosed, the ban was permanent, not temporary; admittedly not due to any “direct” violation of any Twitter rule; but was just a “policy” decision, e.g. a political hit job on a politically disfavored individual who had outed the bad conduct of a friend of the owner of Twitter. In another twist of irony, the original source of this ban concerned the Plaintiff exposing the criminal-assisting, riot-inducing, violence-welcoming conduct of a political fraud, yet it was the Plaintiff who was publicly accused in its stead, in order to cover for Twitter’s intention to use the exclusion of the Plaintiff from Twitter and the destruction of the equity he built for his businesses, as a model to target and discriminate against other political adversaries of the Twitter owner, and their political bedfellows.

Also, too, Johnson's First Amendment rights are being trampled because he no longer has Twitter as a forum to spout his racist, bullshit lies. SAD! You may be wondering how a corporation can violate Johnson's free speech rights. Isn't that asshole still out there flogging his conspiracy theories and publishing pictures of black murder victims? SURE IS. Is he eating from a dumpster now that he can't use the Tweeters for his sweetsweet grift muneez? NOPE. But if you look closer you'll see that Johnson is really the victim here. Twitter has violated his civil rights by changing its terms of service! It illegally interfered with his business by cutting him off from his clients. They must henceforth and forthwith restore his account and pay him all the money!

Or maybe that's all nonsense, and he'll get laughed out of court. But either way, it's cool. As Johnson told Buzzfeed,

You can lose a lawsuit and still win the argument.

To which we say, DON'T BE SILLY, CHUCKLES! YOU CAN LOSE BOTH!

LOLOLOL, Milo Gonna Be His Own Lawyer Now

Remember when Milo made that har-har-hilarious joke about pedophilia and suddenly Simon & Schuster realized he was a bad hombre who did not deserve a book deal? Screw S&S for doing business with that nasty little maniac in the first place, although we did appreciate those leaked edits.

Zing! But we digress.

Yiannopoulos sued S&S in New York for yanking his deal. But this week, his lawyers withdrew from the case, citing "a breakdown in the relationship."

Usually, this means that the client wants to do something colossally stupid, and the lawyer won't go along with it. But Milo has a different explanation.

HUH. Okay, for the moment let's just accept this as true -- it's not outside the realm of possibility. Let's say that there really are internal S&S documents being entered into the record which the Court won't allow Milo to see. Did he threaten to publish them online? Did the Court determine he was likely to doxx S&S employees, or summon his Gamergate buddies for a campaign of harassment? Milo may be banned from Twitter (he should join Chuckles in his lawsuit!), but he sure knows how to call in a trollstorm. And if so, what in the world makes him think the court will just let him see these documents if he fires his lawyers? You're entitled to represent yourself pro se, but it doesn't magically turn you into an officer of the court.

Also, too, what kind of fucking fool represents himself in a complicated contract lawsuit?

Nevermind. Knock yourself out, ya stupid bastard. You were going to lose anyway.

Okay, enough with this shit! We have real, important cases to talk about today. Grab an extra coffee, because there are Lawsplainers coming. Get psyched, Nerds!