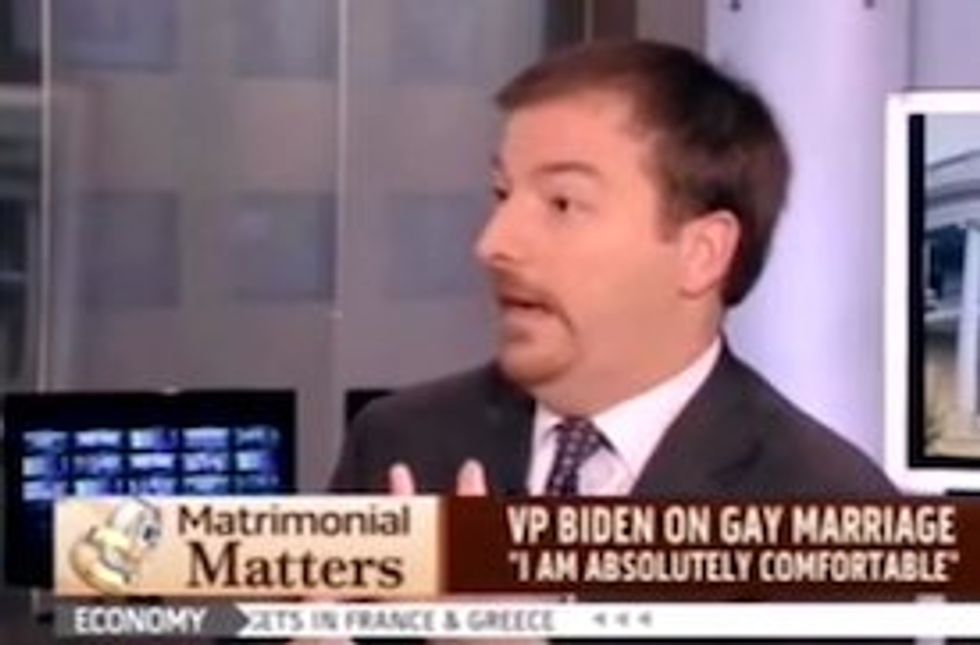 It seems that D.C. numbers nerd Chuck Todd knows something about the contemporary campaign finance system that we do not: "Gay money in this election has replaced Wall Street money" in President Barack Obama's election campaign, he said. What is same sex money, Chuck Todd? Is that a secret Vatican currency? It's a fascinating assertion. How about a source for that bit of reporting? No, there isn't one, but have another assertion instead: "It has been the gay community that has put in money in a way to this President that is a very, very important part of the fundraising operation for President Obama’s campaign.” So what does gay money buy these days?

Is the gay money what made Joe Biden finally cop to a secret appreciation of Will and Grace on Sunday, to make the gay money happy? Or is it why the Obama administration spent all day reminding voters that the President does not support gay marriage? That would not be a very good investment for gay money.

Anyway, the real point is that Chuck Todd is already receiving inside scooplets about the decor plans for the announcement: “What I keep being told is [President Barack Obama is] not ever going to announce his change in his position at a press conference. He’ll do it a more appropriate venue.” That's nice, Chuck Todd, but did you know that if you ask a different question, you might not always keep being told the same answer? [Crooks and Liars]