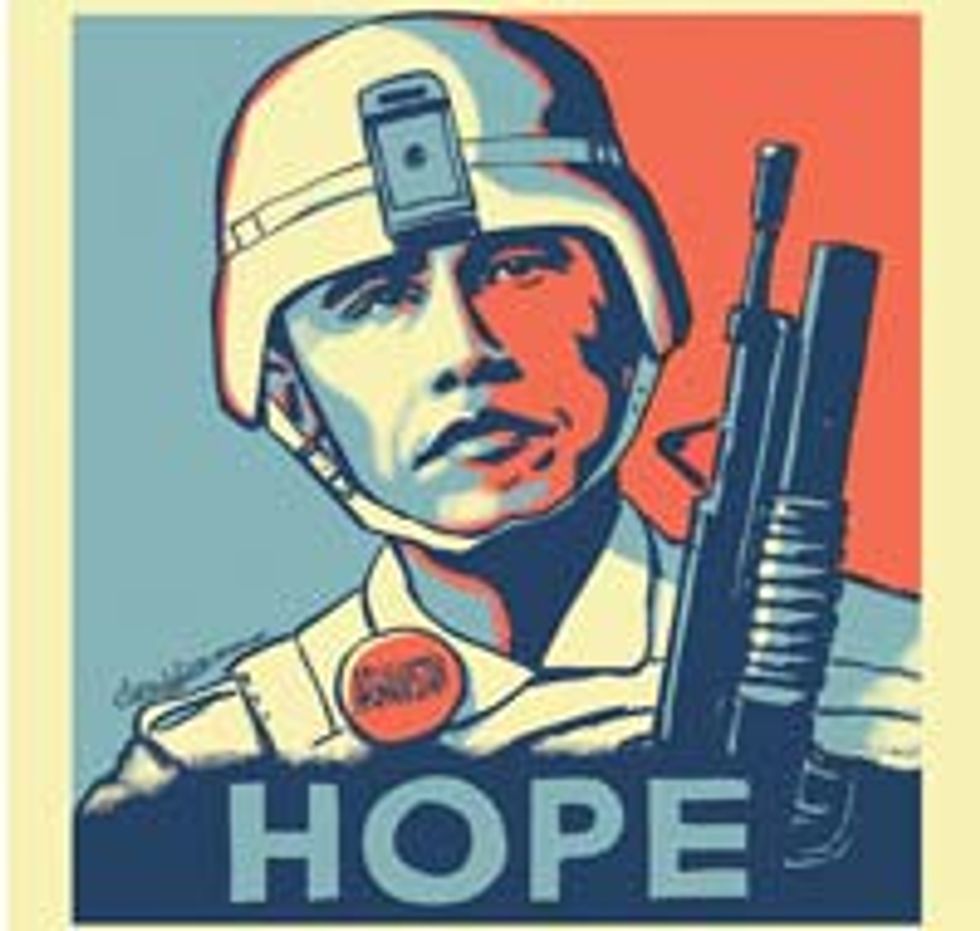 Remember when President Obama made that speech about how the war in Libya was such a small war you could barely see it, and it was pretty much over and done with anyway, so you can go back to watching (your one life on Earth fade away while you watch)Dancing with the Stars? That wasn't exactly correct. But hey, what's an American war without the president lying about it? Obama was just being patriotic and paying tribute to the great leaders who came before him! (Namely, right before him.) While the CIA is flooding Libya with agents trying to simultaneously figure out how to help the rebels and learn who these people even are, it turns out Obama already authorized heavy arms shipments to them. The turd sandwich has been placed in the microwave, and it's HEATING UP.

Obama signed the order, known as a presidential "finding", within the last two or three weeks, according to government sources familiar with the matter.

Well somebody was planning ahead!

Sending in weapons would arguably violate an arms embargo on Libya by the U.N. Security Council imposed on February 26, although British, U.S. and French officials have suggested there may be a loophole.

There's always a loophole for illegal wars: It's called "being America." FUCK YEAH!

In addition, the American spies are meeting with rebels to try to fill in gaps in understanding who their leaders are and the allegiances of the groups opposed to Colonel Qaddafi, said United States government officials, speaking on the condition of anonymity because of the classified nature of the activities. American officials cautioned, though, that the Western operatives were not directing the actions of rebel forces.

Yet. So who are these rebels we may soon be trusting with our advanced weapons and running this country?

The briefers told Congress they are a loose-knit, localized and factionalized opposition lacking the basic military necessities of command, control and communication, according to lawmakers who attended the briefings, one for the House and one for the Senate, in an auditorium beneath the Capitol.

Look, we're already in this war. We're already committed to taking down Gaddafi, whether Obama admits it publicly or not. So instead of doing things on the cheap and hoping they work out, why don't we just invade and make sure a stable government is set up? Yes, that means doing this. But what happens when we've armed rebels like this in the past? This. Hmm. A turd sandwich indeed! [Reuters/Politico]