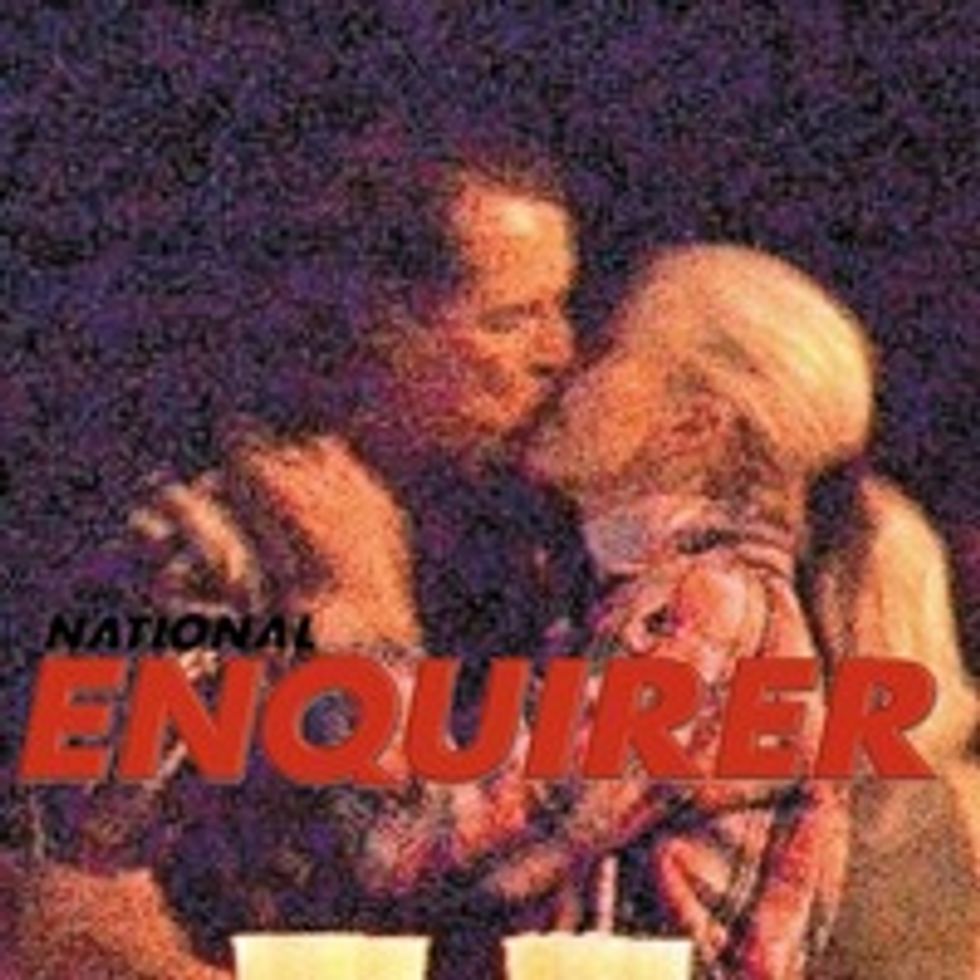 For the past six months, theNational Enquirer has devoted 148% of its coverage to the extramarital affairs of political types. This month's installment brings you Cindy McCain's torrid face-sucking antics with a "a long-haired man who resembles 'a washed-up '80s rock musician.'" Ugh, gross.

This is how terrible affairs are between Chico's addicts and their paramours: Cindy and her reputed lover made out with each other at a Moody Blues concert. We imagine he wore a leather vest with stars on it and no shirt underneath, and after the concert they probably retired to a hotel and read The Bridges of Madison County to each other.

A second witness spotted Cindy and her "mystery man" at a Moody Blues concert "passionately kissing and hugging."

"I couldn't believe it. I remember thinking, 'Go get a room!'

"They kissed and cuddled. While other concertgoers stood up to cheer and sing, Cindy and the guy remained entwined in their seats," the eyewitness said.

In her defense, if this is true, Cindy McCain cannot be faulted for wanting to have an affair with a man under the age of 70, with hair.