CJ Cregg Does 'The Jackal' Again, Like It Is Still 2002 And We Still Love Our Fake Liberal President 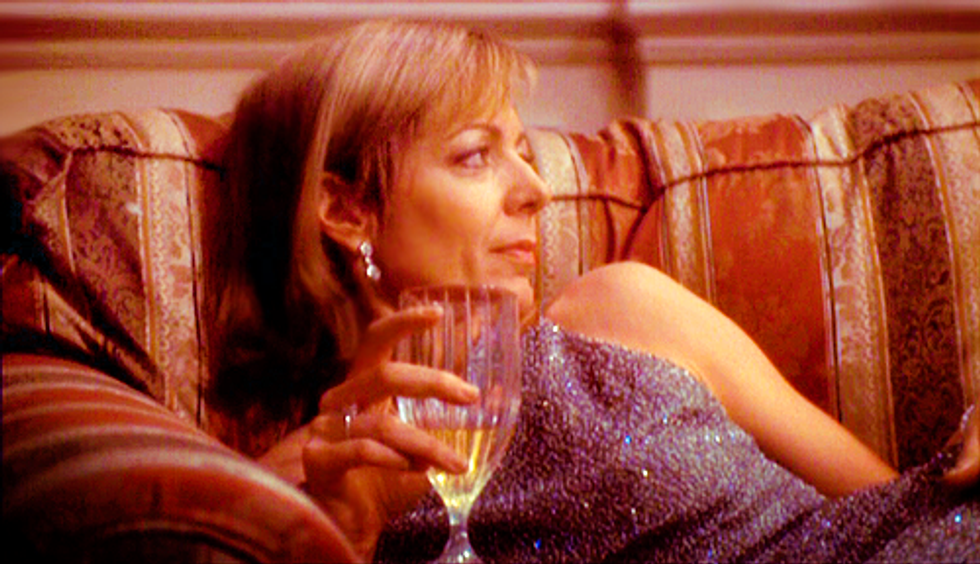 Many years ago, the greatest teevee show for liebrul political wonks aired, and it was called The West Wing. It was basically 7 years of fapping over a fantasy White House full of high-minded goals and hardworking people. I know now that this is as much of a lie as the Easter Bunny, but there was one immutable truth I have clung to all these long years: Fantasy White House Fantasy Press Secretary CJ Cregg doing "The Jackal" is the very bestest best thing, and if you hate The Jackal, you hate freedom*.

Why is she doing "The Jackal?" Because it is a cool thing you get to do when your political team has a victory and why the hell not. Everyone who has ever seen this show and worked in a government office wanted to do this after winning A Thing. Bamz Press Secretary Jay Carney is apparently highly placed enough in the universe to make it happen, along with an assist from Arsenio Hall.

*Editrix here. I hate The Jackal, and Freedom, and The West Wing actually. What a smug bunch of dicks! OK, as you were.