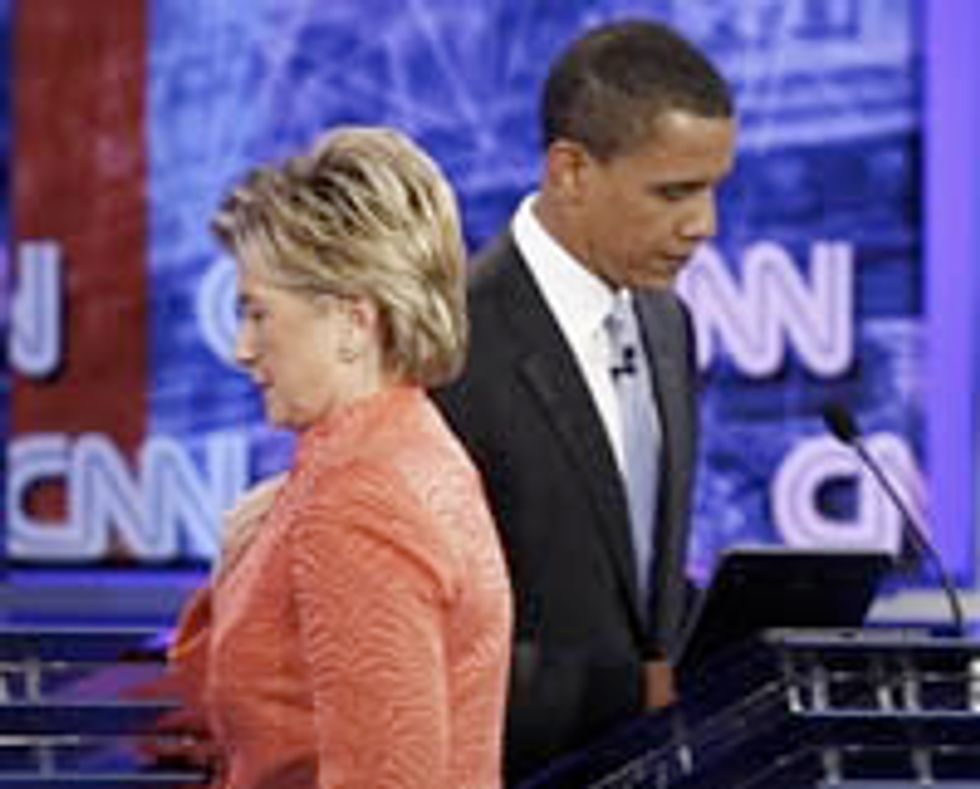 Last night, Hillary Clinton, Barack Obama, and a couple hundred of their wealthiest friends gathered at the beautiful Mayflower Hotel in Washington to talk about how Hillary could be pope if she wanted to, but she doesn't, and instead she will serve the nation by collecting money to retire her gigundous campaign debt.

As usual, Terry McAuliffe showed up three sheets to the wind and full of ridiculous talk:

Congratulating Obama, McAuliffe rallied the troops one last time, "This, folks, was a magnificent race...This party is on fire." Turning back to Clinton, McAuliffe said she has a great future, "no matter what she does. If she wants to become pope, it doesn't matter."

He recounted how he had told his top fundraisers this week "to get out their checkbooks and start working to make sure Sen. Clinton -- the debt that's out there needs to be taken care of."

For serious, that is what this pool report says. WILD APPLAUSE.

Pool Report From Clinton-Obama Event at the Mayflower [The Trail]