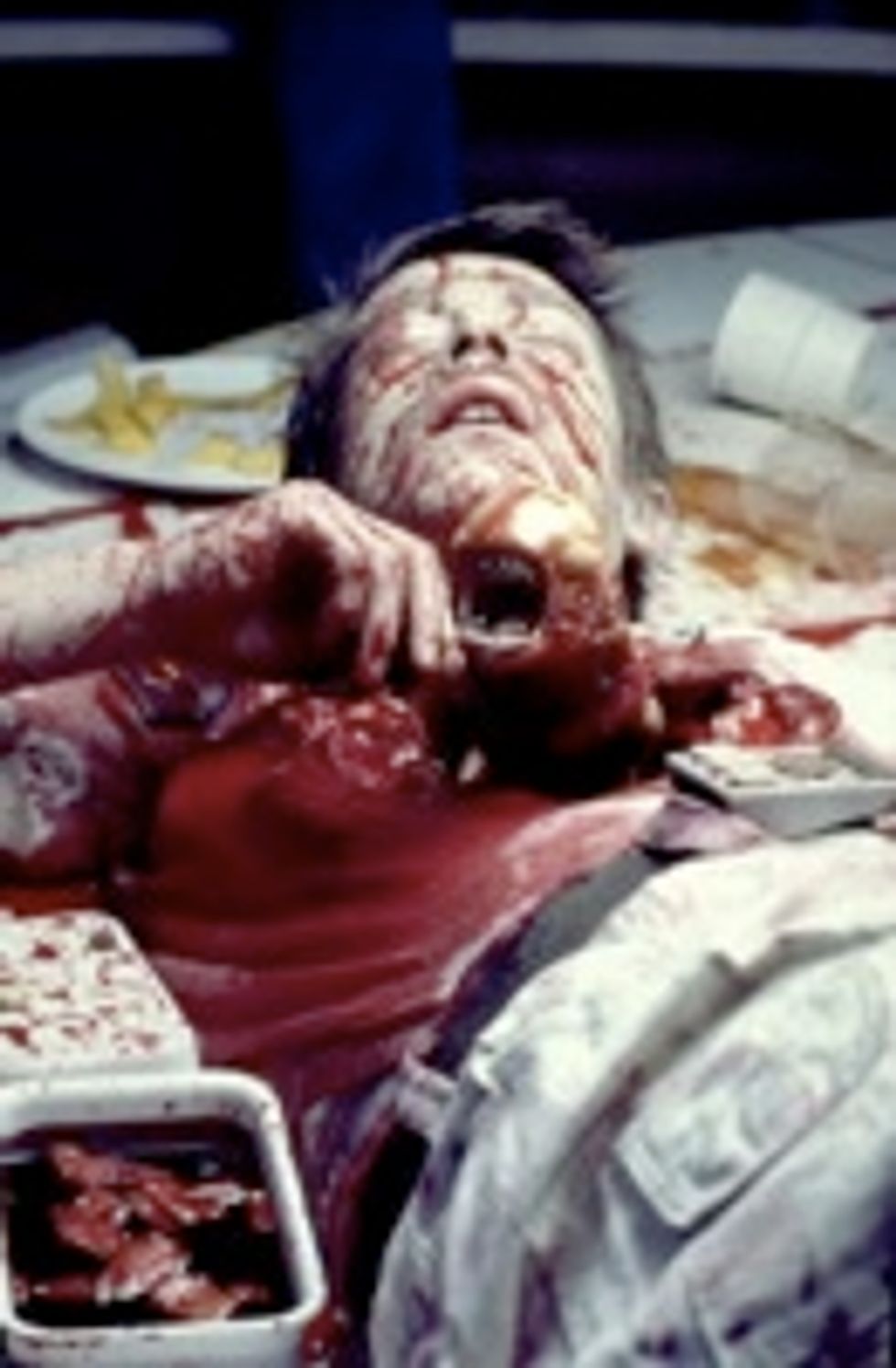 Every white male in politics over the age of 50 has some awful illness, according to various rumors on the Internet. Joe Biden had two aneurysms operated on 20 years ago, so obviously he is due for another so that he canstep down and Hillary Clinton can be Barack Obama's vice president. Meanwhile, Bill Clinton's thumb was shaking on various evening talk shows this week, so he's about dead. Probably Parkinson's.

And then John McCain...well, we all know he's just a reanimated corpse anyhow, and his left eye is falling out of his face or something, which is why he had to hire that $5,000 makeup artist, to keep pasting bits of skin back onto his skull.

The lesson: Barack Obama is poisoning all of these fuckers. George Bush, you're on notice.

Anybody else notice anything weird with McCain's left eye recently? [AMERICAblog]