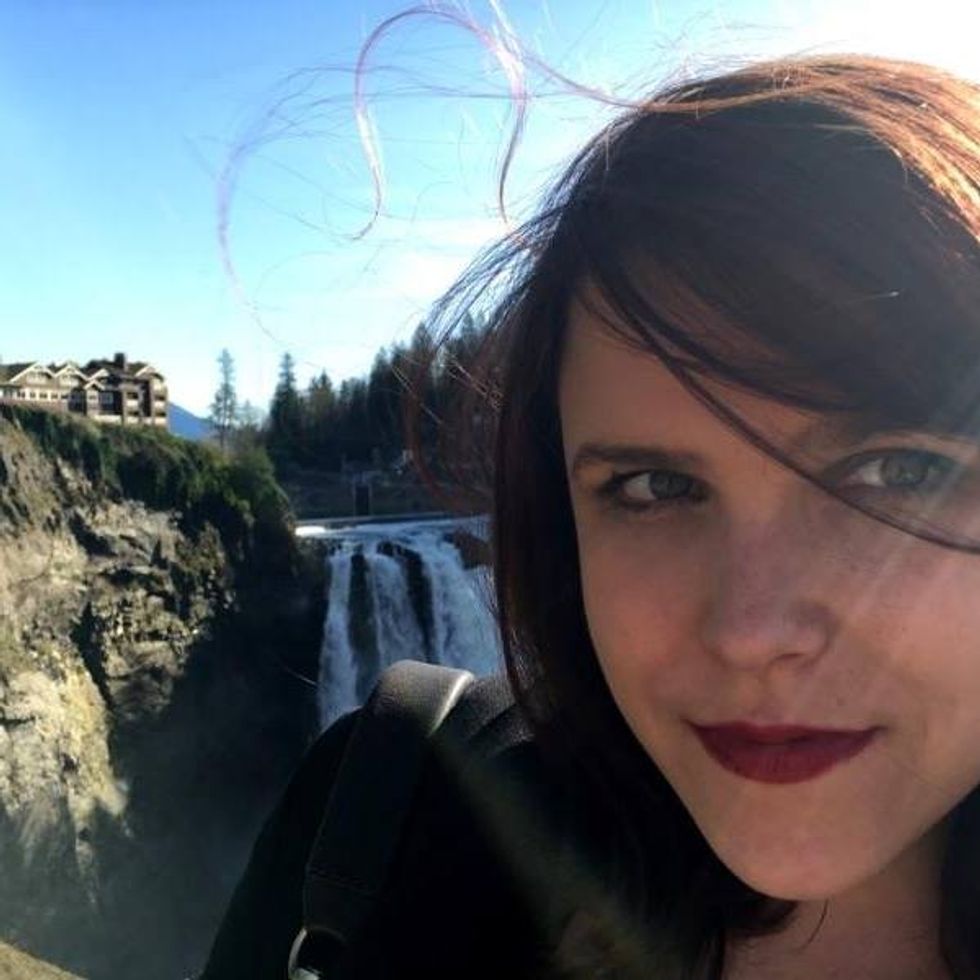 Hello Wonkers! I was just a-Googlin' myself earlier, for reasons, when I noticed that on the very first page of my Google results was an entry in the RETURN OF KINGS Wiki. What an honor! It is almost as exciting as the time that none other than Alex Jones called Wonkette FAKE NEWS. Almost!

This was, naturally, very exciting for me as I have long mourned the loss of my actual Wikipedia page. Not so much because I am vain or anything like that, but because I just really liked the one part that said:

"Pennacchia's op-eds have made her the subject of some aggression amongst her detractors, in particular her articles "On sexism, sexual assault, and the threat of the non-bro" and "Elliot Rodger is the product of a society that teaches that women are evil and men are entitled" brought accusations of misandry (Citations Needed)."

Mostly because I would very much like for "Accusations of Misandry (Citations Needed)" to be the name of the pulp fiction novel based upon my life.

The Return of Kings wiki, of course, is your online resource for online misogyny and Red Pill weirdness completely detached from all reality as the rest of us know it. For instance, their entry for the country of Australia notes in the first paragraph that the country "is known for having highly masculinised women, possibly as a result of its origins as a dumping ground for the dregs of British society."

My own entry, though short, I think really sums up my entire career as well as possible:

Robyn Pennacchia is a Wonkette typist who has written numerous anti-Roosh V and anti-Donald Trump articles for the site. Roosh quipped on Twitter that he wouldn't bang Pennacchia due to her having a "clown face", describing her article "Bonus To Hating Trump: Gross MRA Dude Roosh V Won't Want To Bang You" as "childish".

Admittedly, I am pretty certain my entry only exists specifically to reference that sick burn doled out by Roosh V, a man who literally lives in his mom's basement and spends his days writing all about how he'd have a much easier time finding a wife if they would just stop educating women, in order to demonstrate how incredibly clever he is. Because, woah, I know I cried myself to sleep after seeing that. Cried and cried and cried and reconsidered my whole entire face! How clown-like is it? Should I join a circus? Is it an Emmett Kelly kind of situation happening on there or is it more of a full-on Pagliacci thing? Rebecca assures me that I do not have a clown-face, and instead have a Linda Ronstadt-face, but who even knows anymore?

However! Since I posted my discovery on social media, my entry has been changed to my current Wonkette bio instead of the sick burn Roosh laid upon me one time.

Because guess what? Anyone can edit the Return of Kings Wiki. Even you! Not that I am suggesting anyone go over there and change the definition of Red Pill to suggest that it is the delusion that everyone in the world is conspiring to do cultural marxism to you and deny you the subservient wife of your dreams or anything like that. Just noting a thing that happens to be true.