Comment Of The Week: Donald Trump Has Your Cinco De Mayo Vindaloo 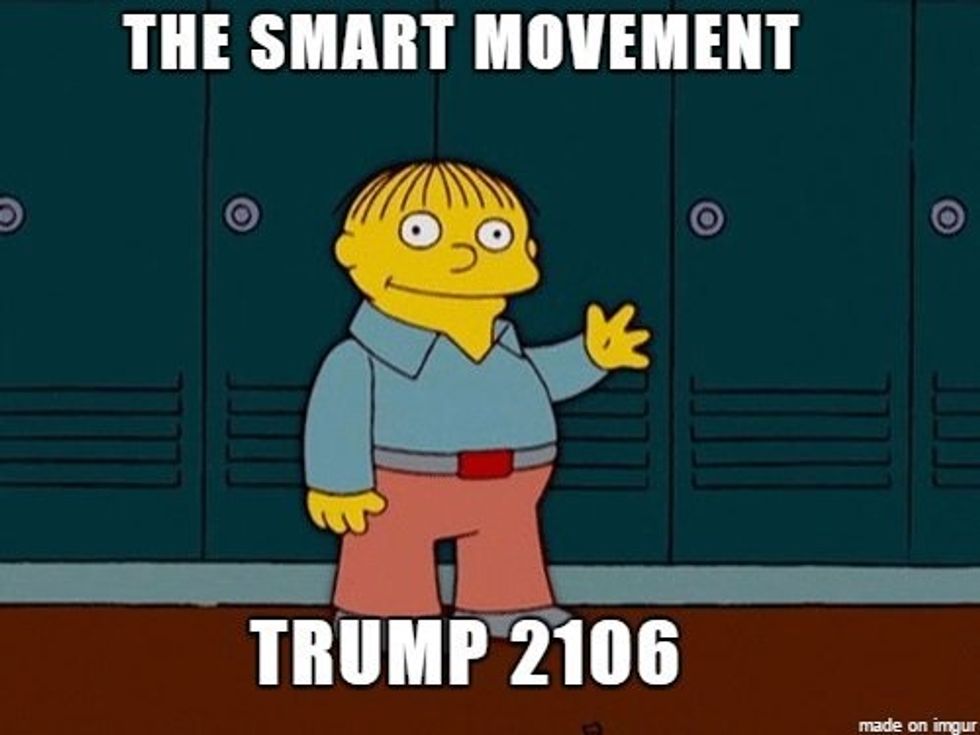 You guys! We completely forgot to do a Comment of the Week last Friday! So this week, we proudly present the Comment of Two Weeks, and a whole bunch of runny-ups and hornable mentions, because damn, we have some creative people reading this here mommyblog/recipe hub/dating service (you people know who you are. Get a room).

The worst part about Mexicans is when you wish them a happy birthday for their country and they say insensitive things like, "I'm not Mexican, I'm from India."

As an Indian*, I relate to this entirely. thing is, it is a double sided thing too. Hispanics will start talking to me in Spanish. Most of the time for me it is about directions. Its actually hilarious. I try to decipher the place they want to go, and they figure out the way through my desi accent. I'm pretty sure atleast a couple of them have ended up in Timbuktu.

*insha ganesha, we will be a Hyphenated Americans this year!!

Congratulations on the citizenship, and are you sure you want to subject yourself to that in the Year of Trump? Or maybe you can brag that your first vote as a citizen was against him -- there's a story to tell!

Bundy: you have no authority over me because reasons.

Feds: Golly, you are right! What were we thinking? Thanks for pointing that out. We have been living a lie all this time!

Bundy: I win! Let me out of this jail

Feds: we can't own any jails, and we have no authority to open or administer anything, you just proved that ---very well done by the way, impressive stuff.

Feds: And as you the space you occupy is sovereign... doing anything with or to you, like getting you to move from one place to another, or helping you to do so, is now out of our jurisdiction and authority, sooo.... enjoy you sovereign status, you earned it. See ya!

Bravo! Send that spec script in to Law And Order: Bunkerville.

And it looks like it is time to paraphrase what Gandhi is supposed to have said about Christ:

And unlike Gandhi, we know you actually really said it! (For fuck's sake.)

Finally, a whole slew of Honorable Mentions, including our image today, by alert Wonkette Operative "Chris Fisher," on our story about Donald Trump's working title for his movement. No, don't look for a quote, it's the picture, up top. Jeeze, you people. (correction: a stray c originally snuck into Chris's last name. Wonkette regrets the error. No, you get a correction and an apology, not a totebag.)

Also too, there's this riff on Alex Jones from alert Wonkette Operative "AntiDerpomeme":

Finally somebody understands the struggle. Just this morning, my coffee maker totally objectified me. I still feel dirty.

Also, also, too, from our story on Paul LePage vetoing a bill to help save addicts from dying of overdoses, this sea shanty from alert Wonkette Operative "calliecallie":

Farewell and ado to ye addicts of Maine

But we hope in a short time he'll be out on his taint.

There were a surprising number of other musical near-wins, and like the British Navy before the War of 1812, you guys really impress us.

Finally, this extra-special super-duper submission by alert Wonkette Operative "Blueb4sunrise," who celebrated the end of the Republican primaries with an original VIDEO submission, hand-memed to mark the occasion.

We don't actually have a Wonkette Film Festival, but if we did, that "Downfall" parody would surely win the Palme d'Ordure. Send an email to Rebecca to collect your special prize for meritorious snark.

Congratulations to all our winners, and to the rest of you, you're also heroes, even though we prefer people who win.