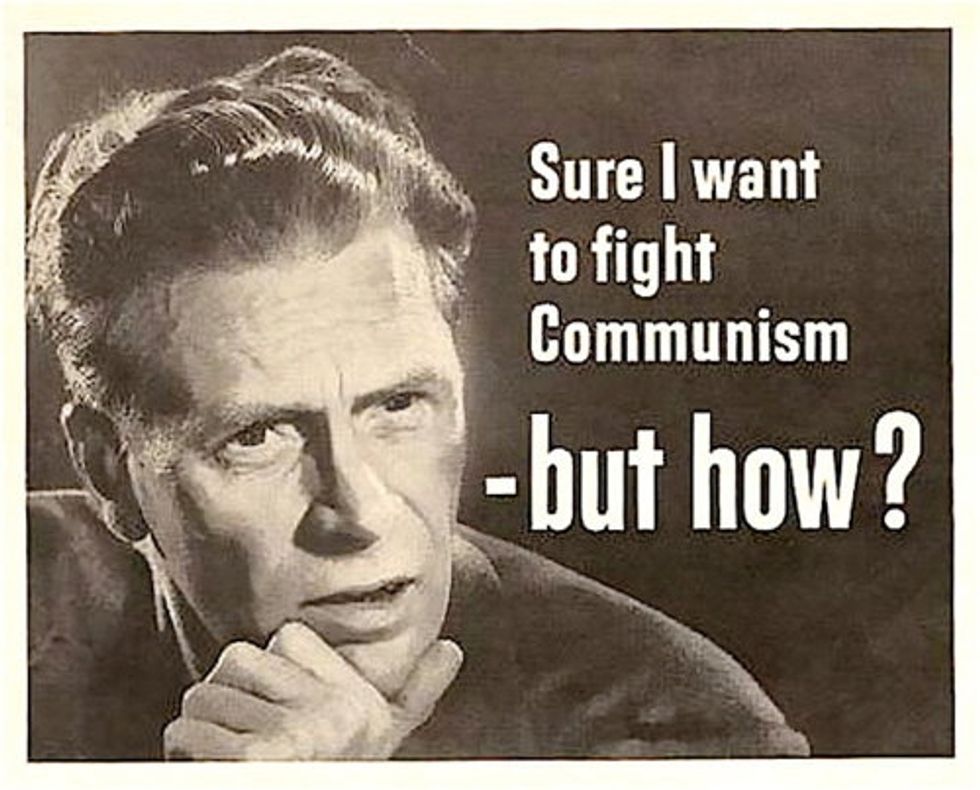 How wonderful, the last time we checked in with Business Insider they were running articles on how you are not a winner if you want to see your wife and kids every so often, but now they are run by a bona fide Commie! Yes! A Commie! The Commie, one Henry Blodget, is complaining about late capitalism and all of its foundational premises: specifically, that businesses have a legal obligation to maximize shareholder value at the expense of, oh, worker quality of life, community well being, and basically the entire economy:

One of the big reasons the U.S. economy is so lousy is that big American companies are hoarding cash and "maximizing profits" instead of investing in their people and future projects.

This behavior is contributing to record income inequality in the country and starving the primary engine of U.S. economic growth — the vast American middle class — of purchasing power.

Ha ha ha, we no longer have a middle class, so the joke is on you!

Seriously though, perhaps Business Insider has not heard that "experience" and "exposure" is the new currency, which has yet to translate into "purchasing power" but perhaps it will if we give it time, who knows! Fingers crossed!

Until this happens, however,  Business Insider's Senior Marxist Correspondent is recommending that businesses "share the wealth."

One obvious solution to this problem is for big companies to pay their people more — to share more of the vast wealth that they create with the people who create it.

The companies have record profit margins, so they can certainly afford to do this.

Oh CAN companies afford to pay a living wage? CAN they? Not sure if you're heard, but they can't even afford to pay their taxes , so probably they can't afford to pay workers a living wage. Also, if workers want to make more money, they should start their own businesses or ask for less regulation of the companies they work for, or something. Have you even HEARD of bootstraps, Business Insider? HAVE YOU??

Obviously, the folks who own and run America's big corporations want to do as well as they can for themselves. But the key point is this:

It is not a law that they pay their employees as little as possible.

It is a choice.