Condoleezza Rice Now Smacking People In The Face With Her Balls 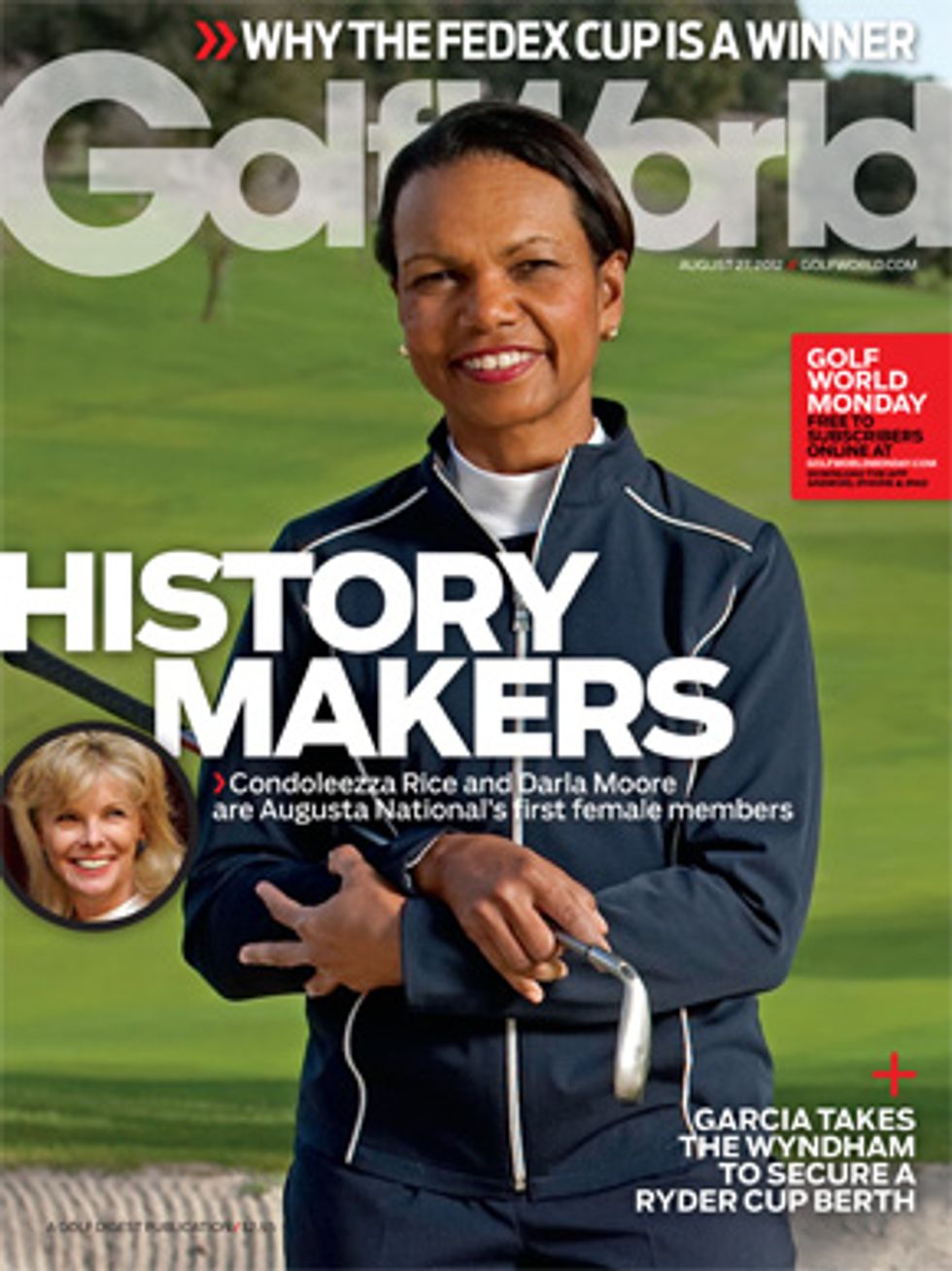 World's greatest living Secretary of State Condoleezza Rice, who absolutelycould not have known anyone would ever use an airplane as a missile, and who could not have known Saddam was not seeking yellowcake in Niger, and who could never have been blamed for Manolo-shopping while a city drowned, has now taken her reign of terror to people personally.

Standing on the steep hill for a blind approach shot on the sixth, Rice hit a hybrid that sent the ball into the left side of the gallery about 50 feet away — and nowhere near the green more than 150 feet to the right.

The ball struck a spectator on her forehead, which gushed with blood and sent her to the ground to recover.

The woman wept in pain while her daughter applied towels and medical personnel hustled over. Rice apologized to the woman and had an assistant get her phone number.

Now that we have said Condi is smacking people in the face with her balls, and also cut off our blockquote right at the point where she gets a chick's number, we regret to inform you that you do not get to make any lesbian jokes.