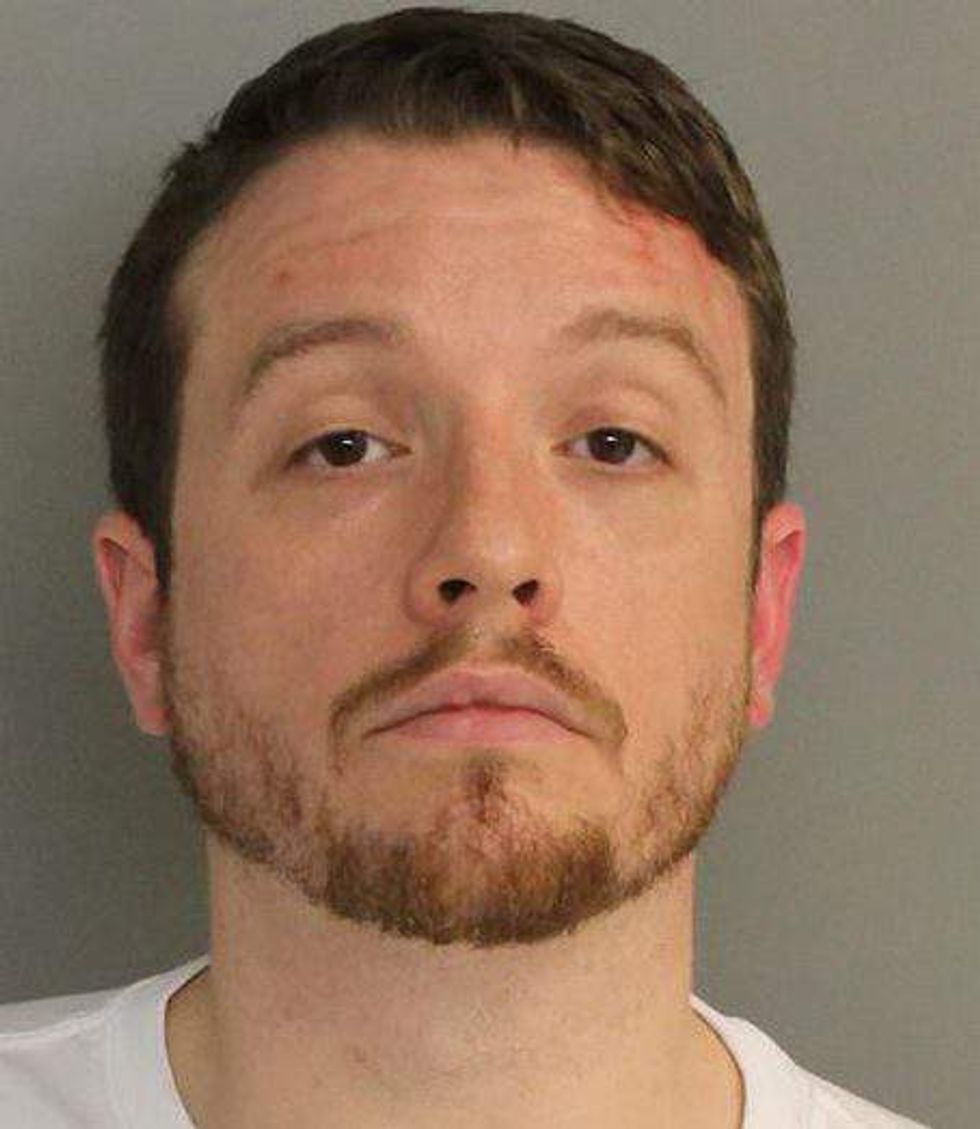 YOU GUYS, AND ALSO LADIES, we have a story for you that is so very, "Oh, what a big surprise, we are so for shocked to hear about this, OH BOY." Just over a year ago, South Carolina and a handful of other Southern states were salving their butthurts over having to remove the Confederate flag, just because a radicalized white supremacist had gunned down nine black church-goers in Charleston, South Carolina. So this one SC lawmakin' good ole boy, state Rep. Chris Corley, sent a Christmas card meant to send a message to all the cuck-servatives (that wasn't a word yet we don't think) who supported the removal of the flag. The card also pined for the good ole days when South Cackalacky lawmakers had some goddang MORALS. You know, the kind of "morals" that keep the Confederate flag flying and subjugate black people. That confederate Christmas message is pictured right here, for your viewing pleasure:

SO SASSY! Well, damned if Mister Morals himself hasn't gotten arrested, for the simple "moral" act of beating his wife, Heather:

Officers in Aiken County charged Rep. Chris Corley with a pair of felonies that could send him to prison for up to 15 years after he attacked his wife during an argument over infidelity late Monday night at their home in Graniteville, according to a police report. [...]

Corley’s wife said he stopped hitting her only after noticing she was bleeding and hearing the children screaming, deputies said.

As the AP reports, Corley's wife took the young kids (whose names are printed above, on Daddy's Racist Season's Greetings card) to safety "after [he] threatened to kill her, pointed a gun at her, then said he would kill himself." He seems nice. And stable. And moral.

Now lest you think it was an argument about the WIFE cheating, back right up, because, according to Corley himself, his wife started it when she "tried to punch him after accusing him of cheating." So he beat the fuck out of her, for moral reasons, we reckon 'cause he was pretty sure nobody would've accused his moral ass of cheating if the Confederate battle flag was still flying.

Did Chris Corley bang a lady what was not his wife, in a morally upright South Carolina white supremacist way? Dunno.

Strangely enough, as the AP notes, this year in South Carolina, Gov. Nikki Haley has made harsher punishments for domestic abusers a top priority, and Rep. Corley has supported such legislation, so maybe he will get what is coming to him! (In fact, in South Goldang Carolina, wife beaters are not even permitted to possess their beloved guns! How else will they threaten their ladies into terrified obedience and never yelling about whose wang their husbands stuck where???)

Of course, you probably are a wond-rin' what South Carolina Congressman Joe "YOU LIE!" Wilson thinks about all this, and lucky for you, he's weighed in:

"I just have a high respect for Representative Chris Corley. He's been a very hard-charging member of the state house, but all legal matters I would not comment," Wilson said.

Uh huh, "hard-charging" AT HIS WIFE, so it would seem. But in a moral way.