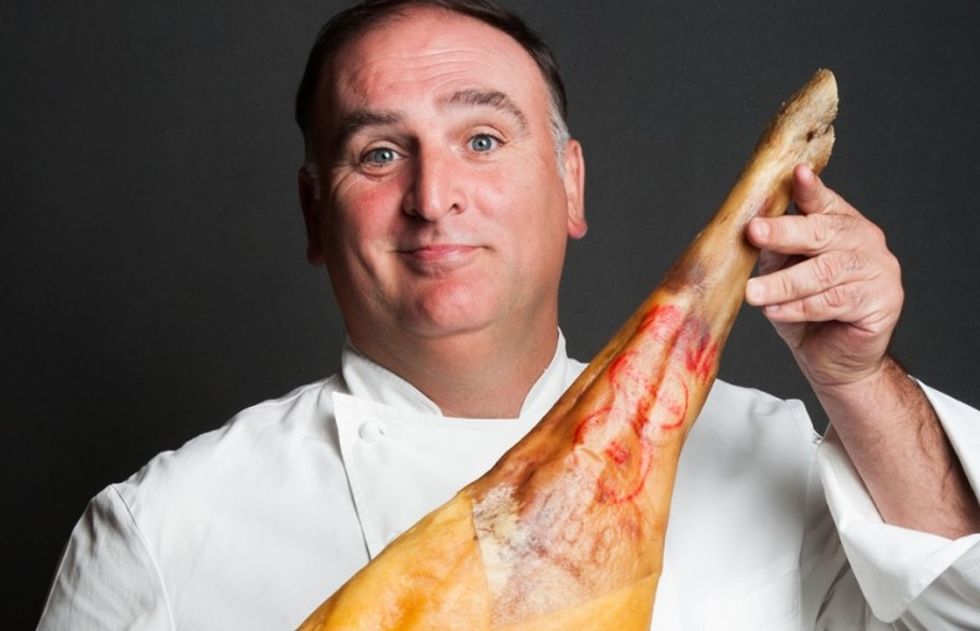 Just in case you weren't already in love with Washington DC chef José Andrés for going to Puerto Rico and feeding a million hot meals* to all the people (or at least lots and lots of them), here's one more reason to fall in love with him:

In this case, food really is love.

He now works installing computer stuff, only job he could find, and is desperate to bake again. He deserves his own bakery but that will be a dream that could take many years. He can work in DC & MD suburbs if someone would hire him.

This is where we stop hating the internet and remember it can be pretty damn wonderful sometimes:

The offers of help started rolling in: Have you tried putting him in touch with culinary schools and their placement services? I'd be happy to sponsor a table for him at an upcoming holiday fair! "Check out @foodhini out of @UnionKitchenDC -- they host emerging immigrant chefs" And many, many more. As one of the many retweets said,

And then came the capper, late at night, from Chef José Freaking Andrés, blue identity verification checkmark and all:

And that's the REAL meaning of America, Mr. Donald Trump. And of immigration. And of social media, for that matter. Also, we have to agree with Ms. Chaudry on another matter:

Also, we're not crying, YOU'RE CRYING, and now it is your Open Thread!

Updated Update: Thanks to Rabia Chaudry for her kind Tweet, and also for updating us with Nadeen and Mohamed's names. How meta is this?