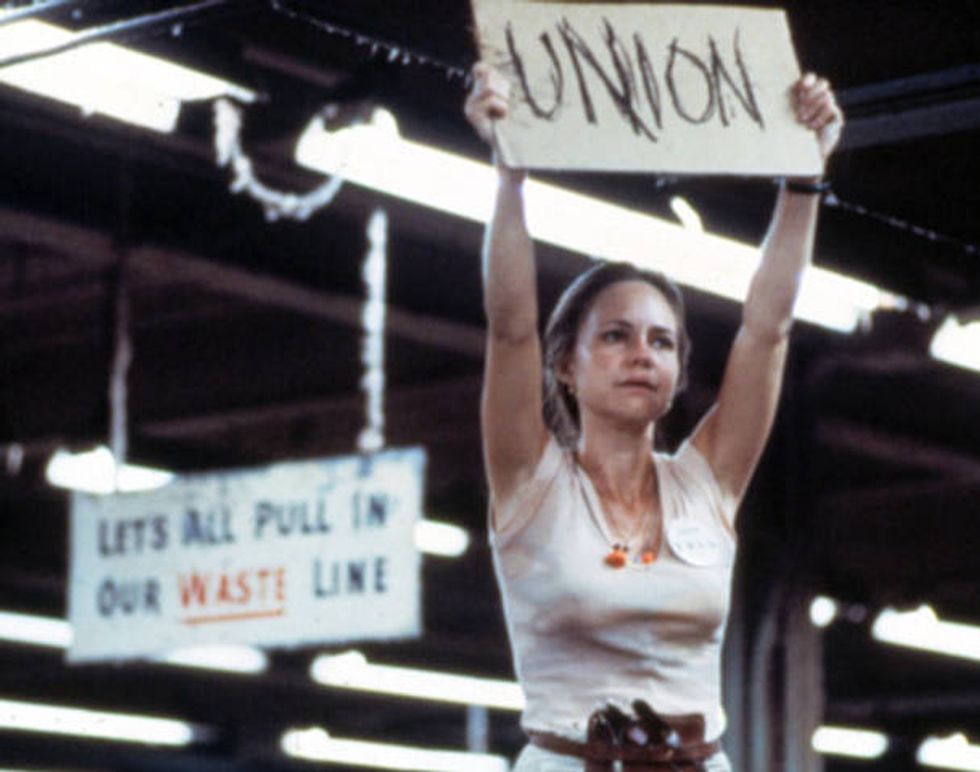 Graduate students unite! You have nothing to lose but your jargon!

Big news for graduate students with teaching and research assistantships at private universities: The National Labor Relations Board ruled Tuesday that grad students are students, yes, but they're also employees, which means they have the right to unionize and be recognized. The decision only affects private colleges and universities; graduate student unions at state institutions, which have become increasingly common in the last decade, are covered by state law.

And why do the working conditions of a bunch of lab rats and Art History majors matter anyway? The Washington Post's Danielle Douglas-Gabriel explains it in terms a first-year composition student could understand if they ever opened their goddamned textbooks:

Debates about the role and rights of graduate students have emerged as more universities rely on low-paid adjuncts and doctoral students, rather than full-time professors, to teach — a model that has been widely criticized as exploitative. Though adjuncts are making inroads in their fight for higher wages, graduate students have struggled, in part, because the work they do is often a component of their education.

The 3-to-1 decision overturns a 2004 Brown University ruling in which the board said grad students engaging in collective bargaining would undermine the nature and purpose of graduate education. Many doctoral programs require students to teach or conduct research before earning their degrees, and as a result, universities argue that they have an educational, not economic, relationship with those students.

One fun detail of the case, which arose from petitions to the NLRB from grad students at Columbia University and the New School: The union they're affiliated with is the United Auto Workers. [Pffft, old news, Dok. --ed] No, we have no idea why; we'd have predicted it would have been the United Mine Workers, since in our own grad school days, we always started the semester by listening to Devo's cover of "Workin' in a Coal Mine."

Universities are worried that giving grad students the right to unionize could lead to chaos, or at least a lot of grad students thinking they should have a say in things like the content of class curricula or grading policies, which is the same thing:

“If a union is allowed to bargain about what teaching and research assistants do, that would in effect be interfering with the educational requirement of many of these schools,” said Joseph Ambash, a Boston attorney who filed the brief on behalf of the schools and represented Brown in 2004. “That would have a dramatic impact on higher education.”

Grad students might, for instance, start thinking they're entitled to a living wage and health care, which would be madness, sheer madness, not to mention a drag on university plans to pay the sportsball coaches more.

Besides, aren't these grad students just whooping it up with their lab coats and their obscure theoretical jargon, at least when they're not in a seminar trying to prove they can use "reify" and "cultural hegemony" correctly? Maybe not:

In the most recent academic year, Laura Jung, a doctoral candidate in anthropology at American University, earned $19,200 as a teaching and research assistant. The money was barely enough to cover her $1,000 rent and certainly not enough to pay for the health insurance offered by the university, she said. Jung is on Medicaid and said she is just $200 a year shy of qualifying for Temporary Assistance for Needy Families, a form of welfare.

“Being a teaching and research assistant is important; it’s given me valuable classroom experience. What we do has an educational benefit, but the fact of the matter is we’re not paid fair wages,” said Jung, 31, who is finishing up her dissertation. “We work well over the hours we’re supposed to and as a result wind up being paid minimum wage or less. That’s not enough to live in D.C. Trying to make ends meet every month is virtually impossible.” [...]

“This could be huge,” Jung said of the board ruling. “The vast majority of my colleagues are swimming in student debt. The way things are right now obligates students to take out large amounts of debt to eat and live. There are students who are not going to find jobs that pay enough to pay that back.”

Well, then, maybe you should have gone into something more remunerative, like getting an MBA. Don't we need more of those? Dear god, what are we saying?

Go Union. And find a way to work some academic terms into "Union Maid."