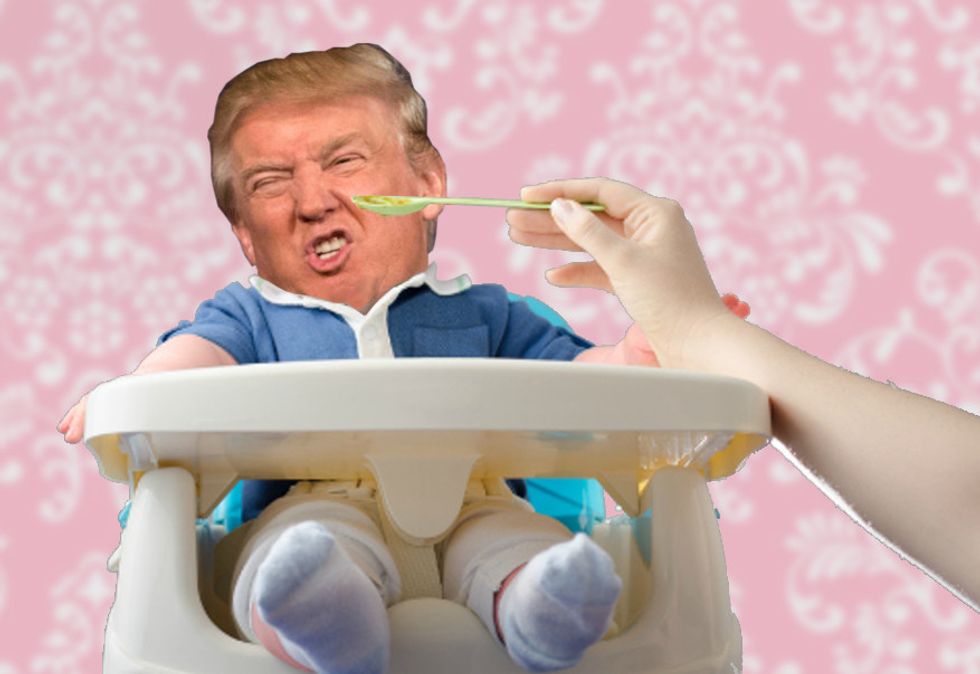 What are we even talking about?

Oh it's just that thing from this morning in The New Yorker, which alleged that A.M.I., the parent company of National Enquirer -- which is run by Trump pal David Pecker -- had done "catch and kill," DURING THE CAMPAIGN, HELLO ILLEGAL CAMPAIGN CONTRIBUTION MAYBE, paying $30K to Dino Sajudin, former doorman at Trump Tower, for his story of how ALLEGEDLY back in the late 1980s, Trump FATHERED A LOVECHILD. Is it true? Dunno!

But guess who just released a statement confirming the "catch and kill" deal? That's right, it is Dino Sajudin!

"Today I awoke to learn that a confidential agreement that I had with AMI (The National Enquirer) with regard to a story about President Trump was leaked to the press. I can confirm that while working at Trump World Tower I was instructed not to criticize President Trump's former housekeeper due to a prior relationship she had with President Trump which produced a child."

WHOA. IF. TRUE. And we don't know if the 30-year-old baby part is true, but it sure sounds like the catch-and-kill payment during the campaign was true! It's a wonder investigators are so curious about Michael Cohen's deals with the National Enquirer.

If this is true, Editrix Rebecca would like to remind y'all this is JUST LIKE what Arnold Schwarzenegger did, by banging the housekeeper and having a lovechild. She'd also like to remind y'all that Arnold Schwarzenegger has cultivated a relationship with that child, unlike Trump, who barely acknowledges any of the children he technically acknowledges, unless they are named I-V-A-N-K-A.

BUT IS IT TRUE? We dunno! But we bet the secret files the FBI took from Michael Cohen's panty drawer know EVERYTHING.

Anyway, congrats, Trump, on the birth of your sixth child that we know of, allegedly, you decrepit man whore, not allegedly!

And with that, the rest of you may have an OPEN THREAD.